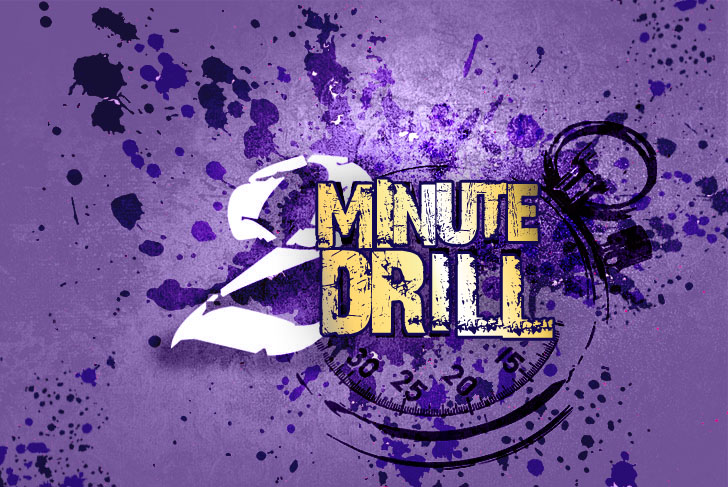 Wild Card Weekend is upon us, the coaching carousel has started moving, GMs are finding new homes, the Ravens face a familiar foe, and deciding who you shoot root for in the Wild Card Round?

Sounds just about right for today’s 2MD on Baltimore’s first (and hopefully not last) Playoff Purple Friday of this postseason.

In case you’ve been avoiding social media this week, here’s the cliff notes from around the league.

The Ravens players and coaches will continue to say they’re not thinking about it, but I’d bet their recent 0-2 skid against the Titans is as fresh in their minds as it is with the fans.

From a fan perspective, the mere thought of the Ravens losing this game… the gut-wrenching worry of Lamar carrying the burden and stigma of 0-3 in the playoffs (unjustifiably so, in my opinion)… the unshakable images of another Steve Bisciotti press conference talking about the pitchforks…

They’ve got to find a way to win this game.

While it’s easy to get nervous based on previous results, I think fans – and many in the media – forget one major facet of this Ravens team that changes everything:

The Ravens did not have Calais Campbell or Brandon Williams for their Week 11 matchup against the Titans, allowing the run-first Titans to feast against the Ravens defense when it mattered most – late.

Playing against the top running back in the NFL, without your best run stuffer and best penetrating defensive lineman is massive. It’s even more glaring when those snaps are going to rookies Justin Madubuike and Broderick Washington, with minimal NFL experience (along with Justin Ellis and Derek Wolfe).

Fortunately for Baltimore, their two biggest behemoths on the defense are ready to suit up, all with the aim at dethroning King Henry, and putting Baltimore in the win column come Sunday.

While stopping Henry is the defensive key, there are certainly other facets of this game that Baltimore needs to control (time of possession, turnover battle, etc), but for my money? The Ravens win this game through the means of a fast start: score, score early, and score often.

Lamar Jackson, J.K. Dobbins, and the rest of the Ravens offense need to run the rock, eat the clock, and put up a pair of early scoring drives to make a statement. If the Ravens can get up two scores early, and hold or extend that lead heading into halftime, they’ll force the Titans to become pass-happy, which has two trickle down effects:

If the Ravens can get up big early, and keep their foot on the gas (something they failed to do in Week 11), here are the Titans trends that I expect to see continue:

The recipe for success is clear. It’s just a matter of whether the Ravens can pull it off & get the monkey off their back.

(New and Updated!) Prediction: Earlier today I was down in the dumps on this game. It’s genuinely hard to shake a stigma when your team continues to find ways to lose against the same club, and when you’ve watched their star running back just eat your entire defense for breakfast, lunch & dinner. That being said, I can’t ignore the fact that the Ravens are hot right now, the Titans defense looks like swiss cheese, and as long as Baltimore sticks to the style of play that got them to this point they should absolutely walk away from Sunday’s Wild Card game victorious. So here we go…

Here’s the best of the rest (so, basically every playoff game) from Wild Card Weekend, and for good measure, I threw in who Ravens fans should root for.

Bills @ Colts. Sat @ 1:05. Obviously you’d want to cheer for the underdog Colts, especially with how terrifying the Bills look on both sides of the ball. Oh, and because Baltimore already tamed the ponies earlier this season. Next question.

Rams @ Seahawks. Sat @ 4:40. I’m here for the four-fingered Goff to take out the Seahawks, while Aaron Donald chases Russell Wilson around the backfield. On the other hand, Playoff Russ & Playoff DK could be terrifying… Maybe it’s because I’m a Cheat Carroll hater… maybe it’s because I can’t stand Seattle fans that think Lamar shouldn’t have (unanimously) won the MVP last year… it’s both. Go Rams.

Bucs @ WFT. Sat @ 8:15. Do we cheer for the wrong side of 295 with the POS owner of a franchise without an actual team name? Or do we cheer for Brady & Gronk & AB in their new home? Feels very lose-lose, and as much as I’d want to pull for the favorite here? I just can’t ever cheer for Tommy Boy, or the knuckle heads Gronk & AB. Go get ‘em Chase Young.

Bears @ Saints. Sun @ 4:40. Nothing – and I mean nothing – would be funnier than the Mitch Trubisky Bears taking out the Saints. Could you even imagine how incensed Saints fans would be for another playoff run to come up short at the hands of an NFC North team? To another .500 or worse team (remember the 7-9 Seahawks and the Beast Quake)? And Trubisky being the one to do it? MITCHELL TRUBISKY WINNING A PLAYOFF GAME? Give me all of that.

Browns @ Steelers. Sun @ 8:15. Another one of those lose-lose games. On one hand, seeing the depleted Browns beat the Steelers would be hysterical. The Yinz would have literally no excuse for their failure, and would go crying into the offseason where they likely lose some big stars… On the other hand, the Browns winning would make their fans even more intolerable, as they’d point out Baker won his first playoff game and Lamar didn’t. I’d honestly rather just have to deal with the already unbearable Steelers fans, and continue to laugh at the Brownies historical blank playoff run.

Deep breath Ravens fans… it’s almost here… and we’ll see you on the other side for a Victory Monday.