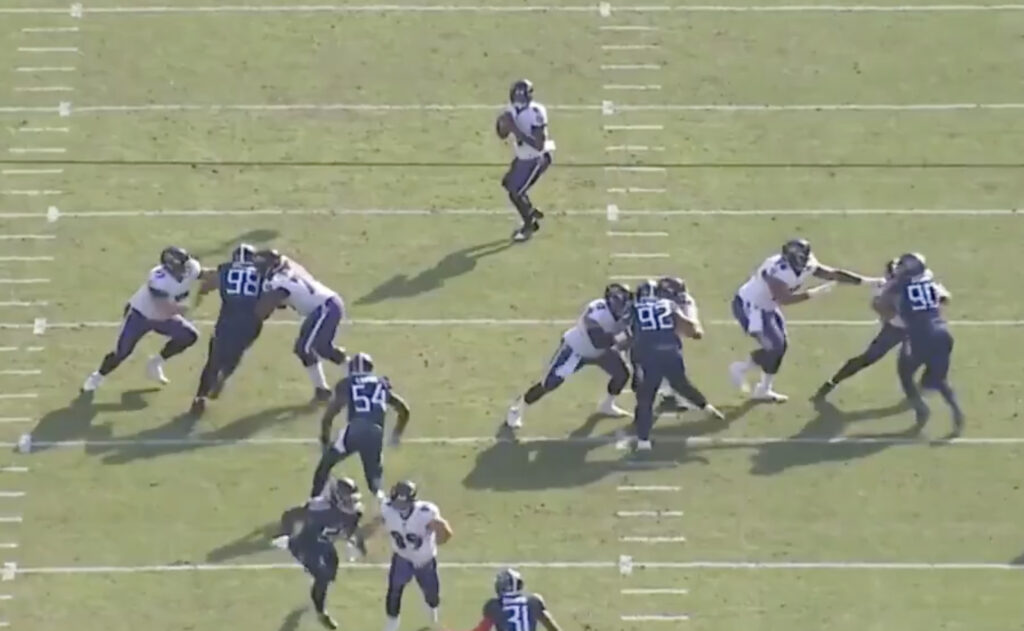 NFL Network’s Brian Baldinger, a 12-year NFL veteran (1982-93) provides great breakdowns of game film on Twitter, and dove into the Ravens’ 20-13 win over the Tennessee Titans in the Wild Card round this morning.

In this first clip, he examines how the Ravens were able to completely shut down “King” Derrick Henry, to the tune of just 40 yards on 18 carries. He pays particular attention to the play of Pernell McPhee, Matt Judon, Brandon Williams, Justin Madubuike, and how the entire team did such a great job of attacking and wrapping up Henry’s legs when they had the chance.

@Ravens shut down the @titans KING. Here is how they did it. #ravensflock #BaldysBreakdowns pic.twitter.com/9pssLwTN7m

Next, he went over how the offense corrected their early mistakes and climbed out of a 10-0 hole to earn the victory. Baldy starts with Lamar Jackson‘s “dumbass” (LJ’s word) interception that had all of #RavensFlock getting terrible flashbacks. He then of course goes into detail on the play that changed the game, LJ’s long TD run, but goes on to talk about Marquise Brown‘s big day, and how the offense was finally able to break off some runs against a very disciplined Titans defense.

Here’s to a few more good news “Baldy Breakdowns” after the game in Buffalo!