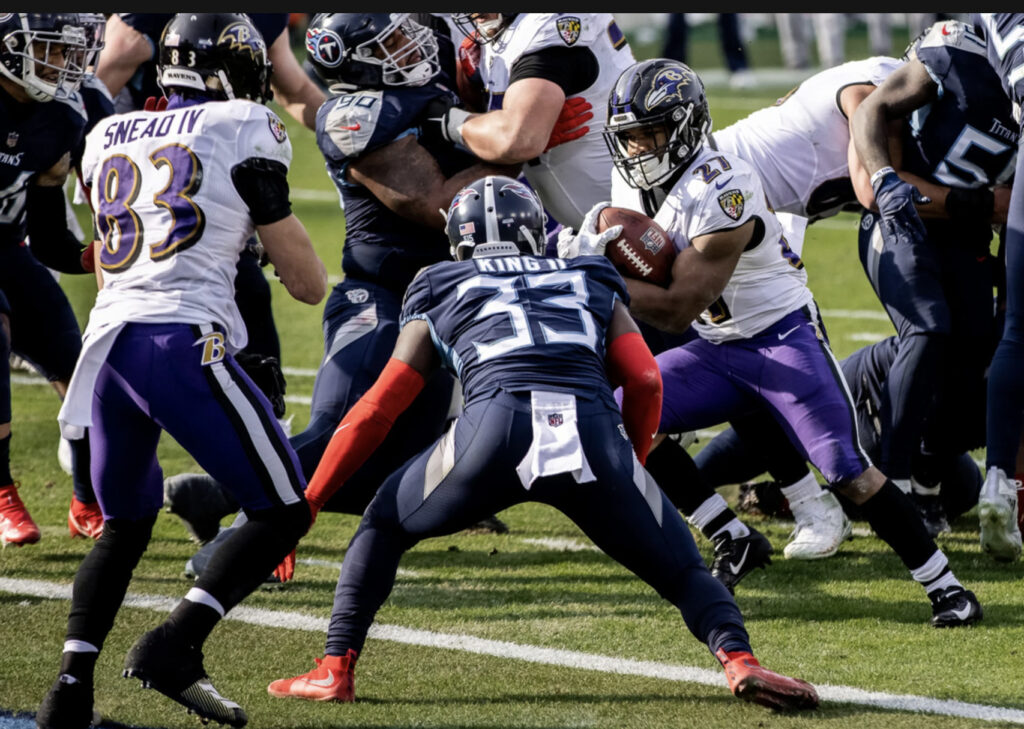 The Ravens struggled to get the run game going in the first half against the Titans on Sunday. The first half numbers got a bump from the 15-yard swing pass ‘run’ to Hollywood Brown in the second quarter that went for 15 yards, but were anemic overall. 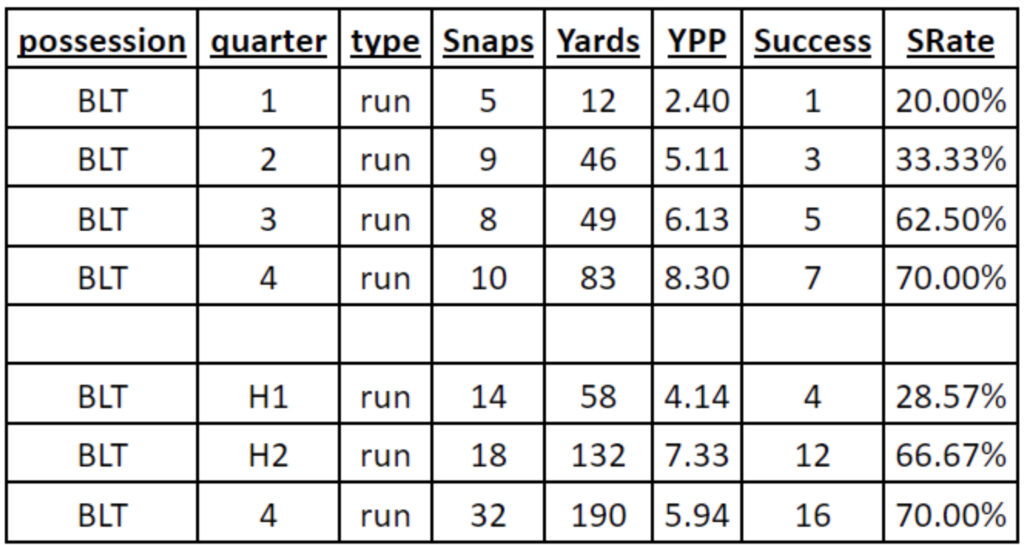 But ‘WHY’ did the Ravens struggle? Let’s take a look.

Click play on the below links as I walk through what I saw using the coach’s film.

A mixture of a missed seal block and good pursuit by the TItans thwart a nice little wrinkle from Greg Roman.

I called this 'outside split zone bluff', but curious what @abukari tagged it.

It’s not in the clip, but a helpful context note: pre-snap Ricard motioned from Lamar’s left flank to the TE off-ball spot he’s currently in.

When he motioned, the TItans went from a 4-3 to a 5-2 with the OLB over Ricard dropping down to form the 5 man line.#RavensFlock pic.twitter.com/v17JwvJdM4

Another wrinkle. When I saw it live I thought it was QB Power, but there’s no pulling guard. It’s just outside zone with Gus as the lead blocker and Lamar keeping it.#RavensFlock pic.twitter.com/sfe8l6irx0

My Key takeaways: – I think these clips highlight both good defense by the Titans, but also a lack of execution by the Ravens – Not only did Roman adjust his play calling in the second half, but the Ravens SIGNIFICANTLY cleaned up their execution in run blocking.