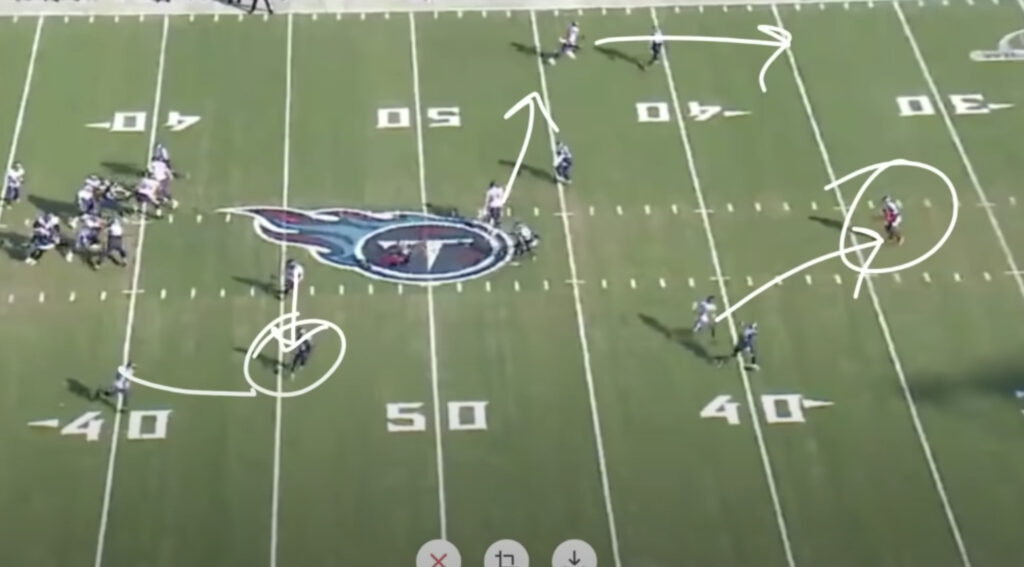 Following the Ravens’ disappointing playoff exit in Buffalo, there has been plenty of blame to go around, but much of it has centered on the team’s inability to move the ball through the air. The other day, we showed you video of former Ravens WR Steve Smith calling Greg Roman’s passing scheme “cracker jack-like” and easy to defend. Today, a more extensive breakdown of the deficiencies, from former NFL Super Bowl winner & MVP Kurt Warner.

Warner uses video from the win against the Titans to illustrate that “the entirety of the Ravens passing game has to get better.” He starts by absolving Jackson even of much of the blame on his interception at the start of that game, a throw that most of us agreed was one of the worst of his career. Warner instead blasts Miles Boykin for taking an angle that he, as a former quarterback, just doesn’t understand at all.

Warner goes over several plays from the game, illustrating how again and again the Ravens’ route combinations put two players in the same area, make no use of spacing, give Jackson no good options, don’t really involve any sort of logical “progression,” and on and on.

It’s pretty damning, especially coming from someone like Warner. Of course, former QBs are sometimes likely to defend their QB brethren, but seeing the All-22 on some of these plays makes you really scratch your head and will certainly only make the calls for Roman’s firing louder in #RavensFlock.