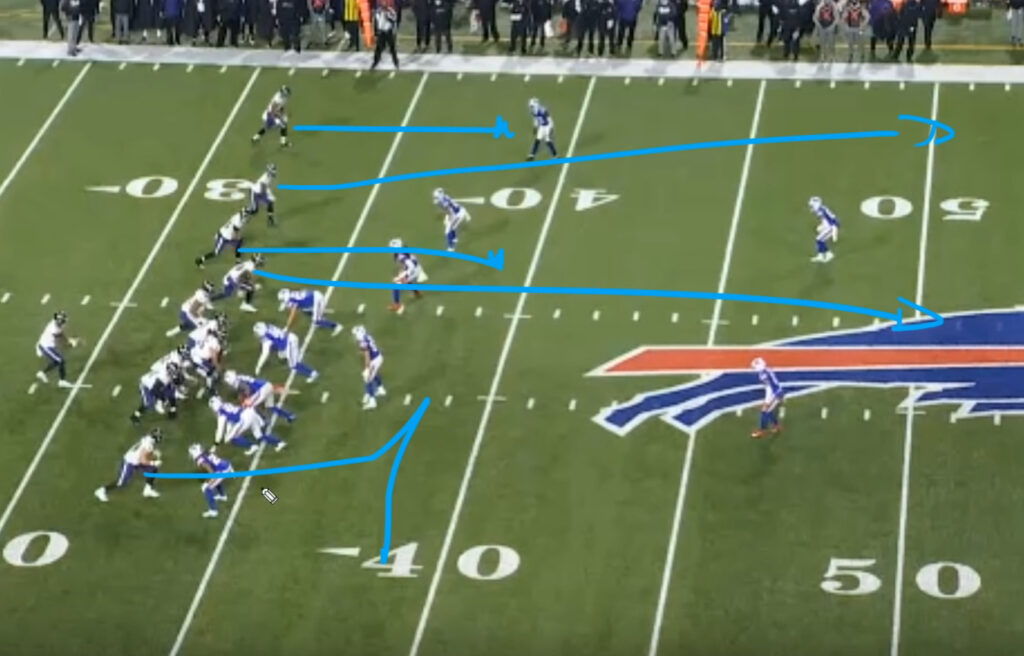 We have posted a few videos this week of some former plays jumping on the “Blame Greg Roman” bandwagon. First, there was Agent 89 Steve Smith calling Roman’s pass schemes “cracker jack-like” and “easy to defend.” Then we had Kurt Warner going over some film from the Tennessee game and being utterly perplexed as to what the play designs were supposed to accomplish.

It’s time to bring some balance to the debate. Former NFL QB J.T. O’Sullivan hosts a YouTube series called The QB School. He spent the most time we’ve seen an analyst do yet on the Ravens’ loss to Buffalo, and came away with some more nuanced criticism.

While always noting that he isn’t aware of the specific coaching points or play design, so he can’t know exactly what may be expected of Jackson, he uses his knowledge of the X’s and O’s of offense to levy some critiques at not just Roman, but also Lamar Jackson, the pass-catchers, AND on the Ravens’ coaches up high in the booth.

It’s long, but well worth your time, especially if you are calling for Roman’s firing.

— Jackson making something out of nothing on another confusing design (12:00)

— Lamar making a poor read – but again on a poorly designed play – where Gus Edwards was open to move the sticks (14:00)

— Jackson taking a sack on a play where two guys were open for big gains (18:15)

— L.J.’s impressive 3rd-and-18 conversion that exposed a problem with the Bills defense which the Ravens sideline failed to capitalize on later (19:15) (also see 35:45)

— Jackson’s awful toss intended for Andrews that we all remember, which seems to have been a result of his eyes inexplicably starting on the wrong side of the field (22:10)

— Jackson’s athleticism saving him from a poor initial read that he eventually gets to (27:30)

— A play call that makes no sense (Mesh vs. a team running a lot of zone) and WRs who all run their routes poorly, especially Miles Boykin (29:40)

— The back-breaking pick-6, which involved a ton of bad: Jackson staring down Andrews, Andrews & Snead running odd depths into the end zone, and the lack of a timely check-down option (39:00)