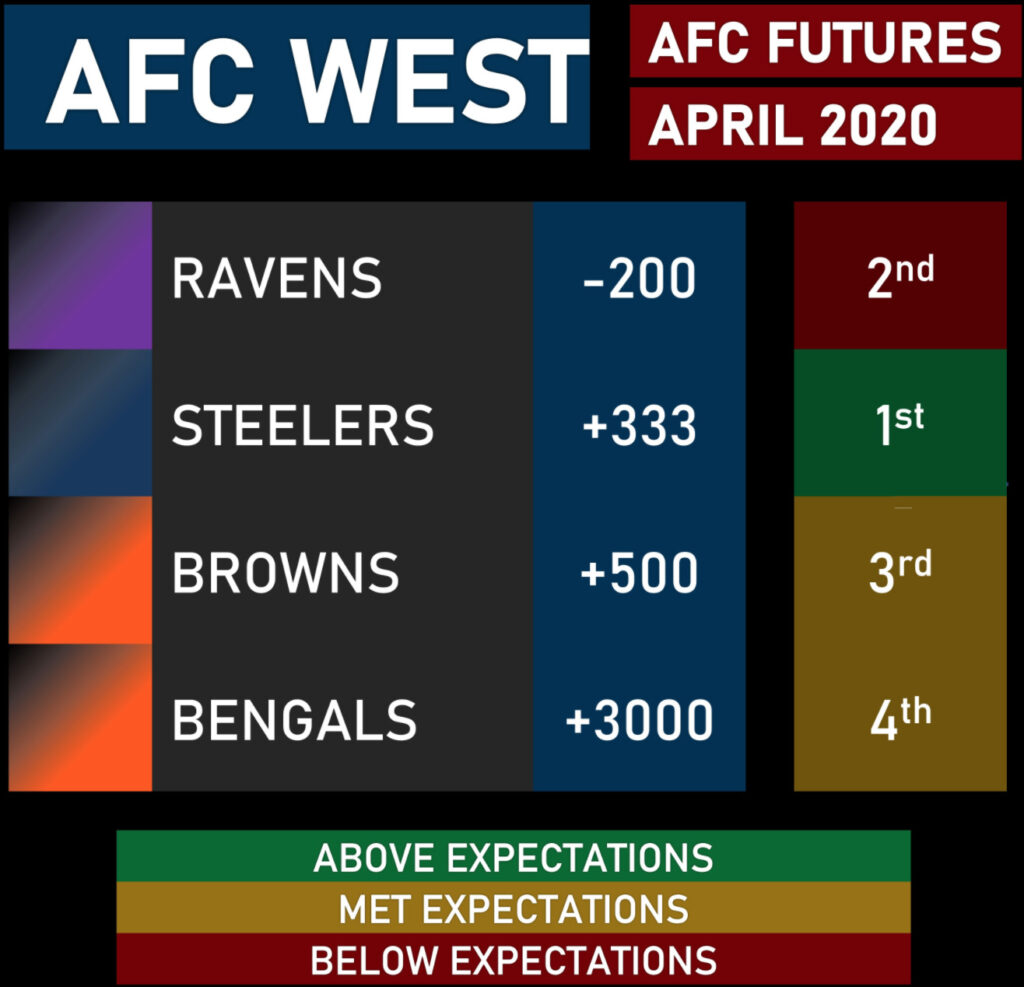 The Baltimore Ravens’ perceived underachievement in the last NFL regular season was not without mitigation, with one obvious factor at play which affected the wider league. Yet, the meek way in which they lost to Buffalo 17-3 in the postseason must not go unavenged.

With January 28 marking the twentieth anniversary of the Ravens’ maiden Super Bowl win, fans of the franchise are more eager than usual for the team to heed lessons of the past. Especially when one considers that the Steelers overtook the Ravens at the start of their post-2001 drought, and did so again last season – against expectations:

Already, the Ravens are looking back on an eighth season without winning the big one, putting them exactly two-thirds of the way towards equaling their longest barren run. As shown above, the Ravens were odds-on favorites to win the AFC North division in 2020. Yet, their failure to do so has forced revisions from many avenues, from the latest NFL betting odds on FOX Bet to the draft strategy currently being mooted down in Owings Mills.

What lessons from the post-2001 slump can be applied here?

While the Ravens have certainly been victims of circumstance in the past, some critics looking back on the team’s slump of the early 2000s would identify the 2001 NFL draft as a major learning point. People with such a stance may have a strong point, given that only two of the seven picks in 2001 enjoyed anything resembling a substantial NFL career.

While Ring of Honor inductee Todd Heap’s acquisition is seen as one of the Ravens’ shrewdest acts of modern times, the remainder of the picks underlined the importance of looking at the character of a player as much as the skill. Ed Hartwell, in particular, was a tale of promise unfulfilled. Already, there are many fantasy draft projections out there that are aimed at addressing this, and those behind the agenda for 2021 could do worse than to take note.

More forgiving fans, meanwhile, would view the events following the first Super Bowl win as mere happenings rather than mistakes that could be used to strengthen the Ravens’ armor. After all, teams come and go, and the injury to Jamal Lewis unquestionably affected their potency at both ends. In turn, the finger of blame points not necessarily towards an in-house collapse, but a failure to act upon the strengthening of rivals, or emulate their methods.

Back in 2001, Pittsburgh Steelers rose two places, having solidified their backline during the draft with the acquisitions of future Pro Bowl players Casey Hampton and Kendrell Bell. They, along with DE Rodney Bailey, came from the Jets, and it was a classic demonstration of respect for the power of existing familiarities in a weak area of the field.

In 2020, history repeated itself, with the Steelers overcoming expectations to win the division. Their pre-season recruitment was geared towards game management rather than plugging the defense, although the two are often boon companions. Going 11-0 was a massive achievement in unprecedented times for all, and with an average winning margin of 11.73 points across those eleven victories, the Steelers showed why nobody can now underestimate them. 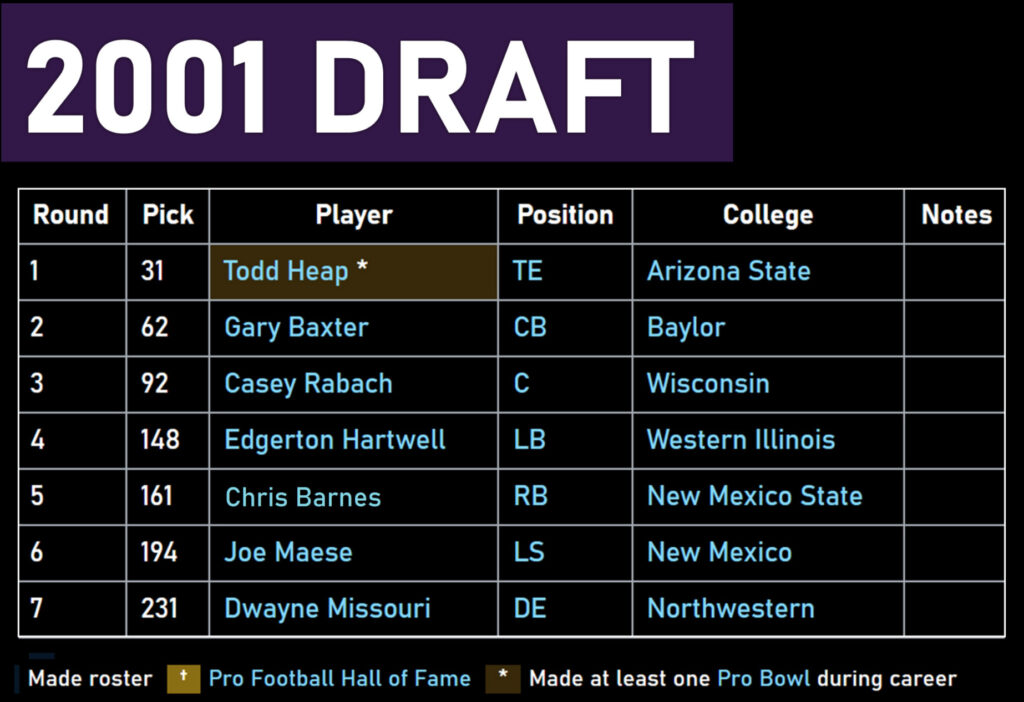 As the most defined starting point of the Ravens’ early 2000s slump, the NFL Draft of 2001 is identified as a major learning point for the current generation.

Is the ‘room for improvement’ exaggerated?

The frustrations of Ravens fans over last season are understandable, but a real sense of context is also needed. Certainly, the prospect of away games in every leg of the playoff bracket gave them a short life expectancy. In any case, the quest would almost certainly have ended a round later at the Arrowhead Stadium against the 2019 winners.

Yet, they were not without a glimmer of hope. This hope was created just six days prior to the Ravens’ elimination, when they spiritedly overcame a 10-0 deficit to the Titans after a shocking first quarter, reversing the score in the second before getting another shutout in the third (7-0).

The comeback performance in Tennessee showed exactly why the Ravens commanded such hype from those claiming to be ‘in the know’. Yet, Football is a cruel mistress, as fans know only too well, and one mistake or miscalculation in pre-season rituals can create a butterfly effect that even the hardiest of coaches may not see until it is too late.