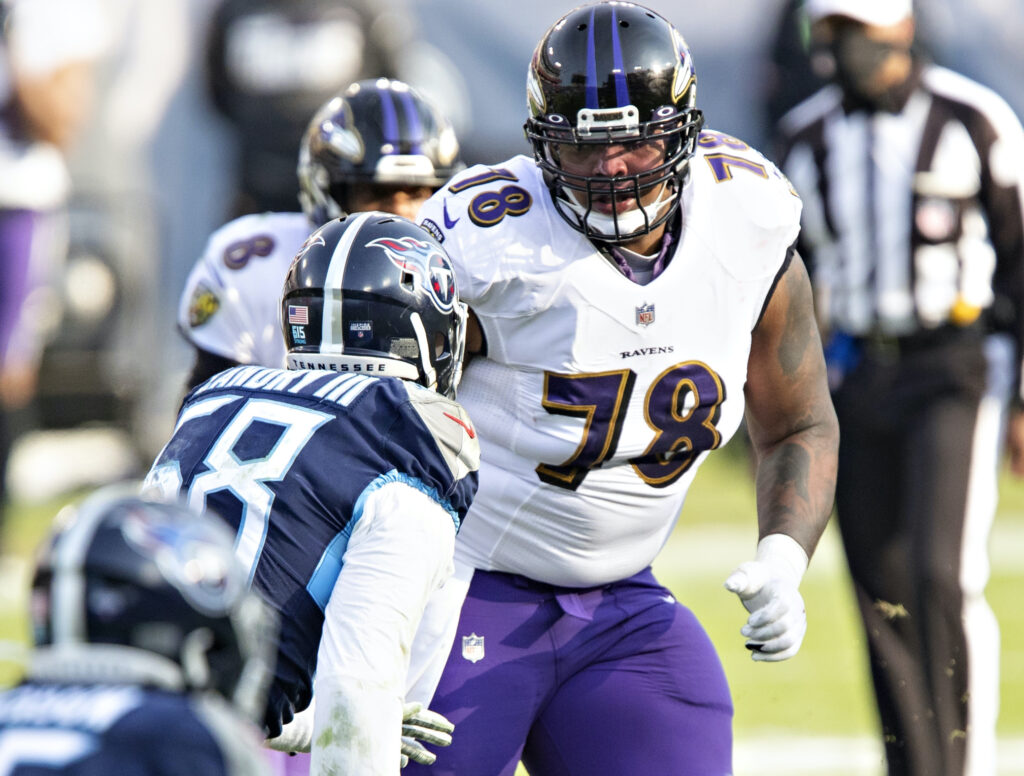 This tweet by Orlando Brown, Jr. raised a few eyebrows here in the Land of Pleasant Living.

What did the cryptic and rather random message mean?

Brown filled in admirably for the injured Ronnie Stanley who the Ravens lost on November 1 to a season-ending ankle injury. During those last 11 games of the season, Brown played at a level nearly on par with Stanley, and his play in part helped the Ravens achieve the level of success that they had during the 2020 season. He finished 24th in Pro Football Focus’ rankings of the leagues tackles, one notch behind former Raven, Rick Wagner.

When the Ravens inked Stanley to a $98.5M extension, the message was clear – unless Brown would accept a team-friendly deal to stay, he would become a former Raven by the start of the 2022 league year. But back to that tweet.

CBS’ Jason LaCanfora jumped all over Brown’s tweet, and in his profusely over-the-top way, LaCanfora sent out a few knee-jerk tweets that triggered wild speculation over Brown’s mysterious post. The pretend NFL insider tweeted that he would be a participant in the Iron Man Triathlon before Brown stayed in Baltimore. That Jason can sure fan the flames.

The reactions were all over the place.

Zeus is all about himself.

Orlando is ticked off at someone in the organization. Is it Harbaugh? DeCosta? Roman? Maybe D’Alessandris?

Orlando recognizes that he has no contractual leverage and that he won’t be playing left tackle for the Baltimore Ravens unless there’s an injury to Stanley. He wants to play left tackle because that was the wish his beloved Dad, Zeus, Sr. had for his son. Of course, the pay grade is higher too, so that certainly elevates the ambition. 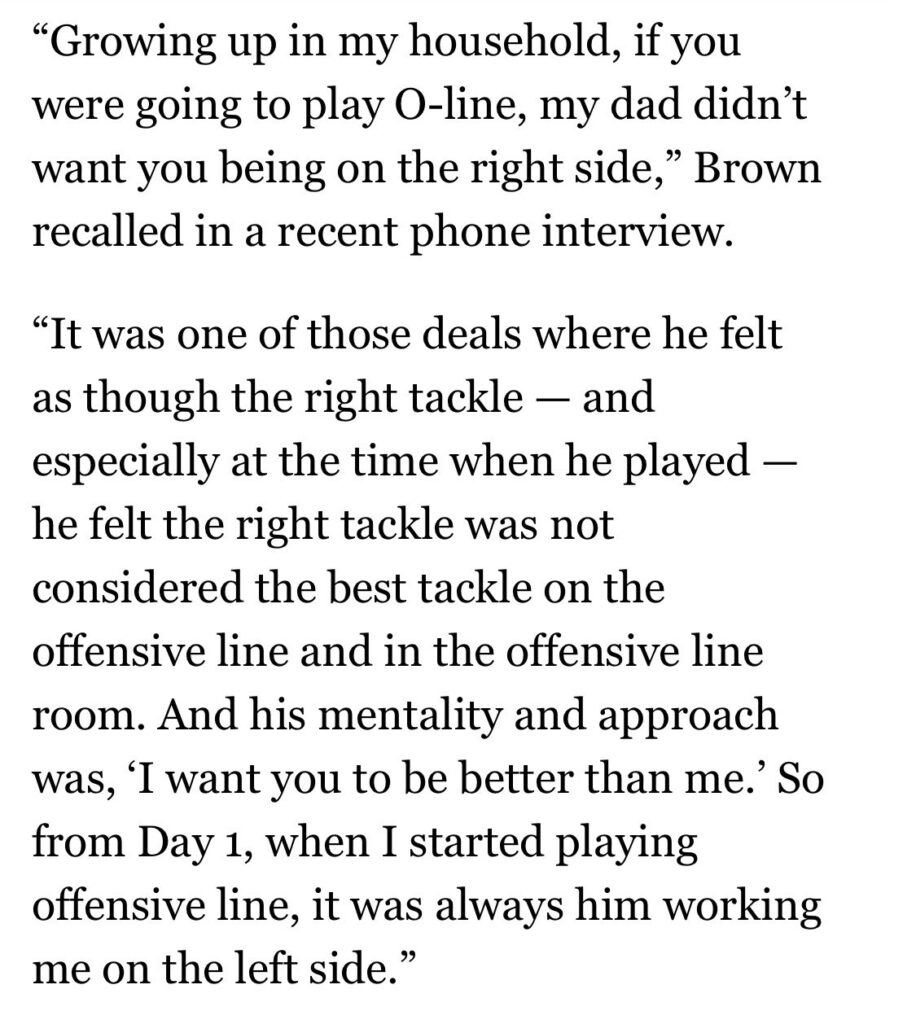 I’ve also learned that Zeus, Jr. and other top tackles around the league think that Stanley’s deal was a bad one for them. Imagine that!

Zeus, Jr. is seeking a deal that will pay him $20M+ per season, somewhere, as some team’s left tackle. But is an 11-game sample size enough for a potential suitor to make that investment. Perhaps that thought lingers for Brown and his handlers and they think more playing time at left tackle is important for his financial future.

I’ve heard that the Ravens would part ways with Jr. if they get a No. 1 pick in return. Many fans believe that should be a no brainer given that Orlando is a two-time Pro Bowler, he’s just 24, and his contract in 2021 is a bargain at $3.4M. Fans reason that if the Dolphins could land a package for tackle Laremy Tunsil, that included a pair of first round picks and a second from the Texans, surely the Ravens could get a No. 1 from some team for Zeus, right? And by the way, if you’re keeping score, Tunsil graded out as the 27th best tackle per Pro Football Focus.

But let’s face it, landing that kind of package requires a generous trading partner like Bill O’Brien. The last time I checked, O’Brien was relieved of his duties and I doubt that there’s another like him in the NFL.

Unless that No. 1 comes around or a package of picks that adds up to first round draft capital, I think Zeus, Jr. will play right tackle for the Ravens in 2021. Zeus will play for his financial future and if his walk year scores that $20M+ per year deal somewhere else in a more cap flush offseason than 2021, the Ravens will get a 3rd-round comp pick while simultaneously finding Orlando’s replacement.

You might recall that the guy ranked just above Zeus by PFF – Rick Wagner…he was a 2013 fifth-round pick by the Baltimore Ravens.