I really thought Buffalo was a team of destiny but they were outclassed by Mahomes and co.

Here are the ATS comparisons for the Chiefs and Buccaneers: 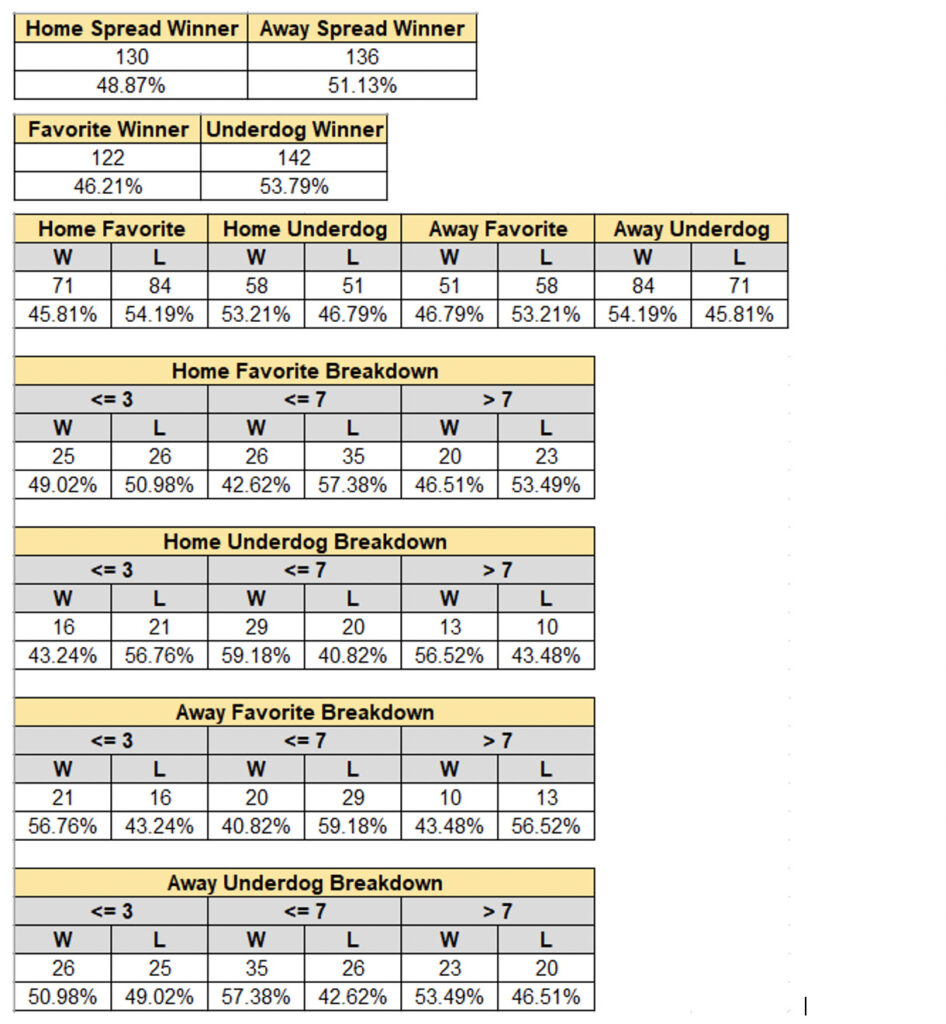 Feel free to play along, tell me where I’m wrong, post your own picks, or just enjoy the read It’s Super Bowl Sunday time!!

Referees tend to let teams play a bit more in the playoffs, but with the way these teams air it out, +180 isn’t worth it.

These are two of the best to ever do it. Why would they take it out of their hands?

Maybe this is wishful thinking, but I’m going over. This will especially go over if Brady and the Bucs win.

Kansas City’s defense isn’t world class so I’ll take the favorable odds on a Tampa score on their first drive.

I’m going Kansas City here. Patrick Mahomes loves to move around in the pocket which gives guys plenty of time to grab a little more jersey than they should.

Tampa Bay has the horses on defense to limit Mahomes. With favorable odds at Under 2.5 touchdowns, I’ll take them.

If Tampa can slow down Mahomes like I think they can, Kansas City will be leaning on their rushing attack a bit more than usual. I’ll take the Over

I think Tampa will try to run the ball down Kansas City’s throat and I’m a big Ronald Jones fan. I’ll take the Over.

Both of these quarterbacks love their coach and I’m assuming one of them will win the MVP. That said, +1600 is too good to pass on that for me.

Now onto the actual game…

If nothing else, this Super Bowl should be an entertaining one. These are two high-powered offenses with two historic quarterbacks.

At first glance, this spread looks to be right where it needs to be. As good as the Chiefs have been straight up, four of their last nine wins have been by three points or less.

This postseason, Tampa Bay’s defense has stepped up and provided a boost to the Bucs. Without their defense creating pressure and turnovers, Tampa probably wouldn’t be where they are right now. So will they be able to do that against Mahomes?

I think the cop-out answer is, kind of. The Bucs will pressure Mahomes, but I think they’ll be disciplined enough to keep him from scrambling around and making highlight plays we’re used to. They might not get the numbers in this game, but they’ll limit Mahomes more than other teams have.

I’m taking Tampa in this game for a few reasons. First, I don’t think home field advantage can be undersold here. This is the first time any team has played a Super Bowl in their home stadium and it will have an effect. Second, the public is loving the Chiefs. Per the Action Network, 60% of the bets and 63% of the money have come in on Kansas City as of today and as a bit of a contrarian, that makes me look the other direction. Lastly, as much as I dog her majesty, Tom Brady is one of the best quarterbacks to strap it up and his experience in this situation is invaluable.

Tampa Bay is 7-2-1 ATS in their last 10 games as a home underdog. While Kansas City has struggled ATS this season, they are 25-2 straight up in their last 27 games and are 15-4-1 ATS over their last 20 games when favored by 3 or less points. To add to that, all by one of Kansas City’s last 56 wins have been by 3 or more points.

It’s been a fun season and I hope you all enjoyed the reads. Good luck with your bets in the Super Bowl!