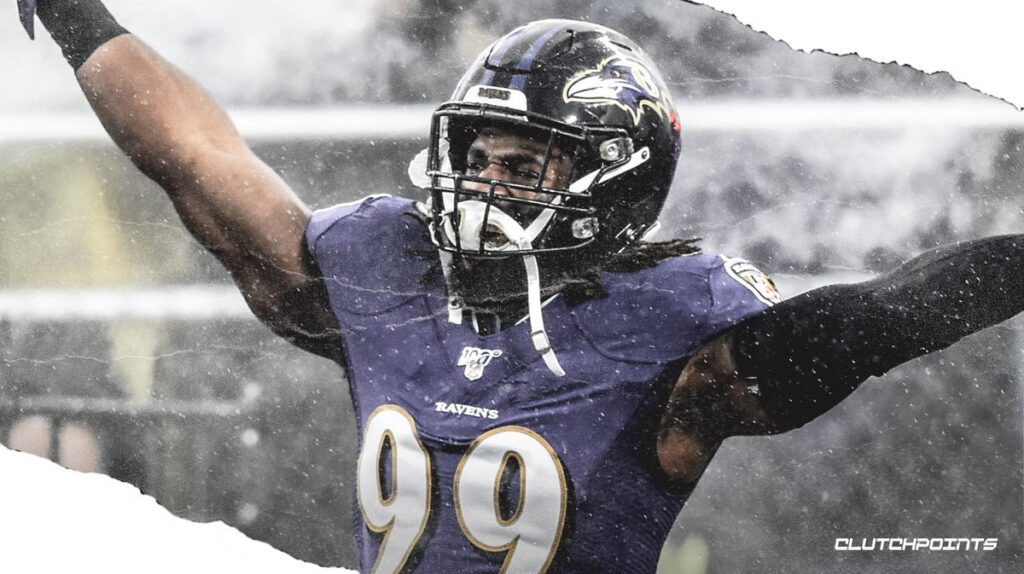 The Ravens are widely regarded as one of the NFL’s best-run franchises, so it’s no surprise when teams try to emulate them.

The Jets have tried by hiring former Ravens assistants and players (i.e. Rex Ryan, Bart Scott, C.J. Mosley, Patrick Onwuasor, Joe Flacco and several others) but have yet to reap the success. New York general manager Joe Douglas began his NFL career in Ozzie Newsome’s personnel department in 2000, but he’s still looking to get the Jets back in the playoff hunt.

The Browns ironically tried to capture the Ravens success by hiring former Baltimore scout Phil Savage as the Vice President and General Manager in 2005, but the move did not change the fortunes of the franchise at the time. Several former Ravens players, such as linebacker Paul Kruger, also signed with Cleveland but did not have much success.

Now, the Jacksonville Jaguars are trying to capture some of Baltimore’s fortunes by hiring several defensive assistant coaches. Joe Cullen will be Urban Meyer’s defensive coordinator, Zach Orr takes over as the outside linebackers coach and Sterling Lucas is a defensive assistant.

The Jaguars are in a position to build a foundation for long-term success. They have the No. 1 overall pick in this year’s NFL draft and should have the most salary cap space in the league.

The question now is whether Jacksonville will try to lure several free agents from Baltimore to its new-look team. The Ravens have six key edge rushers — Matthew Judon, Yannick Ngakoue, Tyus Bowser, Derek Wolfe, Jihad Ward and Pernell McPhee — that can test the open market in the coming weeks.

Judon appears to make the most sense for Jacksonville. He will likely price himself out of the Ravens’ comfort zone, especially with pending extensions with quarterback Lamar Jackson, tight end Mark Andrews and perhaps offensive tackle Orlando Brown Jr. Judon made the Pro Bowl in each of the last two seasons and has 34.5 sacks over the last five seasons. He played the past season under the franchise tag, which paid him $16.8 million, and he’s reportedly looking for a deal closer to $20 million per season.

The Jaguars could absorb the cost of Judon and he would give them a veteran presence to complement some of the younger pass rushers.

After the season, Judon appeared convinced that he played his last snap for Baltimore.

“I would like to thank the Ravens organization,” Judon said. “You all might ask me, but I don’t know what’s going to happen next year. I don’t know what’s going to happen in my future – that’s all out in front of me. But the past five years, man, it’s been a hell of a ride. I wouldn’t ask for another organization, or coaches, or mentors, or players to play with, man.

“Some of these guys [that] I’ve played with, they’re my real brothers. [They’re my] real-life brothers. So, with that being said, I love the Ravens and the organization. I would just like to thank them.”

The Ravens have expressed interest in bringing back Bowser and Ngakoue. Bowser is a home-grown player, who fortuitously is coming off his best season as a pro. He finished with 34 tackles, two sacks, 14 quarterback hits and was second on the team with three interceptions.

The Ravens acquired Ngakoue from the Vikings at the trade deadline and he finished the season with 11 tackles, three sacks and two quarterback hits. The team would like to see what Ngakoue could do with a full offseason and training camp with the team. However, Ngakoue is widely regarded as the best edge rusher in the free agent market and he could be too expensive to keep in Baltimore despite the interest.

“Yan’ did a great job. He brings it,” coach John Harbaugh said. “He’s always a major threat rushing the passer. I think the key for those guys is to be able to play it all. That’s kind of how we’re built. So, rush the passer, set the edge, stop the run, play the crack-sweep, run to the ball, drop, understand the zone and the man drops.”

Wolfe expressed interest in returning to Baltimore and was one of the unsung heroes of the defense. Wolfe would also be a good fit in Jacksonville, which needs support on the interior defensive line.

Ward and McPhee are also a pair of players that fit well in the scheme of Ravens defensive coordinator Don Martindale. They would add valuable depth for any NFL team.