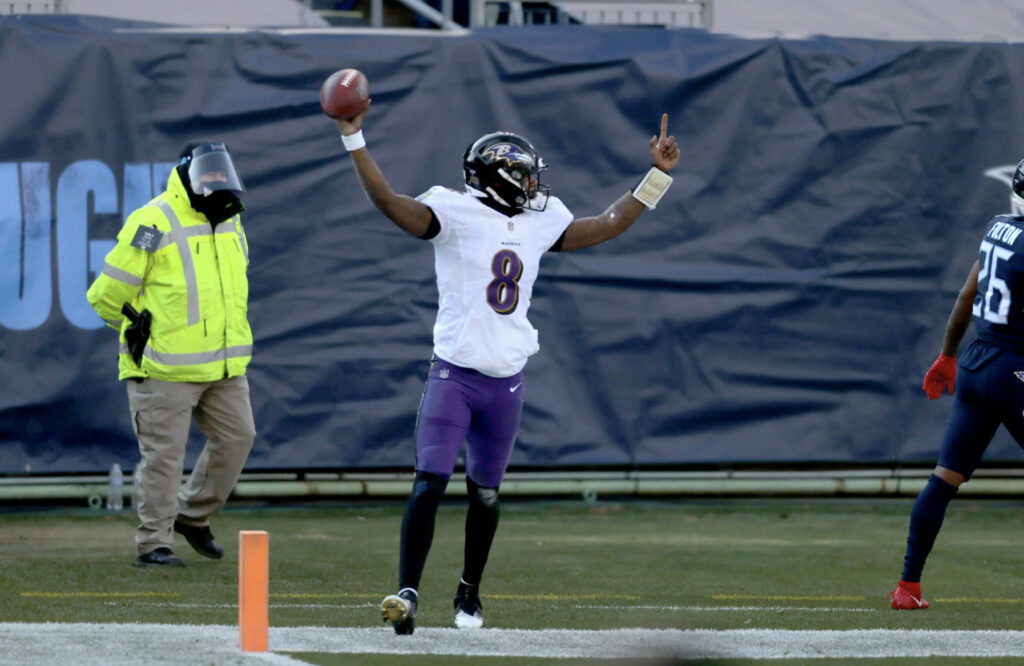 Lamar Jackson has endeared himself to the local fanbase with his work ethic.

That won’t change this offseason even with the continuing — albeit lessening — challenges with COVID-19.

Jackson will continue working with his personal quarterback coach Joshua Harris to improve his mechanics and continue to progress as an NFL quarterback. Harris has worked with Jackson extensively over the years and led his pro-day throwing drills preceding the 2018 NFL Draft.

“We’ll be working on footwork and getting the elbow through,” Harris said on the Ravens podcast “Black in the NFL. “He loves it, the sidearm. I don’t love the sidearm. I’m not going to get too mad at it, but I do try to tell him, ‘Hey, have it be a tool in your toolbox, but not the main tool,’ so we’ll have a discussion about that.”

Jackson was named MVP after leading the NFL with 36 touchdown passes in 2019. This past season, Jackson had another solid year, throwing for 2,757 yards with 26 touchdowns and nine interceptions (99.3 rating) over 15 games. Jackson also became the first quarterback in league history to record two 1,000 yards rushing seasons.

However, the 2020 season has an asterisk. Players did not have a typical offseason because of the social distancing guidelines associated with the Covid-19 pandemic. NFL teams were not able to practice or even congregate at their respective headquarters until July.

The hope is teams can eventually get back to a somewhat regular schedule this offseason and conduct OTAs on-site at their respective practice facilities. Ravens coach John Harbaugh acknowledged the lack of real offseason practice time had an impact on the team’s passing game, which ranked last in the NFL with 171.2 yards per game.

“I think it’s really easy for offensive linemen who have been in the league for 10 years or 12 years to say we don’t need OTAs because they don’t do anything anyway, really,” Harbaugh said “Those guys don’t. They don’t need it. But the young guys, the young linemen, they need it. And the passing game, it needs it a lot.

“You need your quarterback and your wide receivers and your tight ends running routes – all the things that we talked about. It’s fine to go get together at some high school field somewhere, and they’ll do that, but to come in here, and to get the timing and to work on the … We’re talking about the highest level of a sport.”

Jackson managed to work around the challenges last season. In addition to working with Harris, Jackson met with his wide receivers in Florida for individual workouts.

Expect that trend to continue over the coming months.

Jackson has also been a dominant player, but his record-setting performances in the regular season have been overshadowed by going 1-3 in the playoffs over his young career. It’s sometimes forgotten that Jackson has already led his team to the postseason more often than numerous veteran quarterbacks.

His sole focus is winning a Super Bowl and he has downplayed almost all of the individual accolades. At age 24, Jackson’s best football is still ahead of him, especially with the way he dedicates himself to the game.

Harris will be alongside throughout the coming months helping Jackson improve.

“We’ve seen Lamar do amazing things, but he just turned 24 in January,” Harris said. “If you’re older, rewind the clock back and remember what you were doing at 24. I try to always have people understand that not only is he a player, he’s human.”