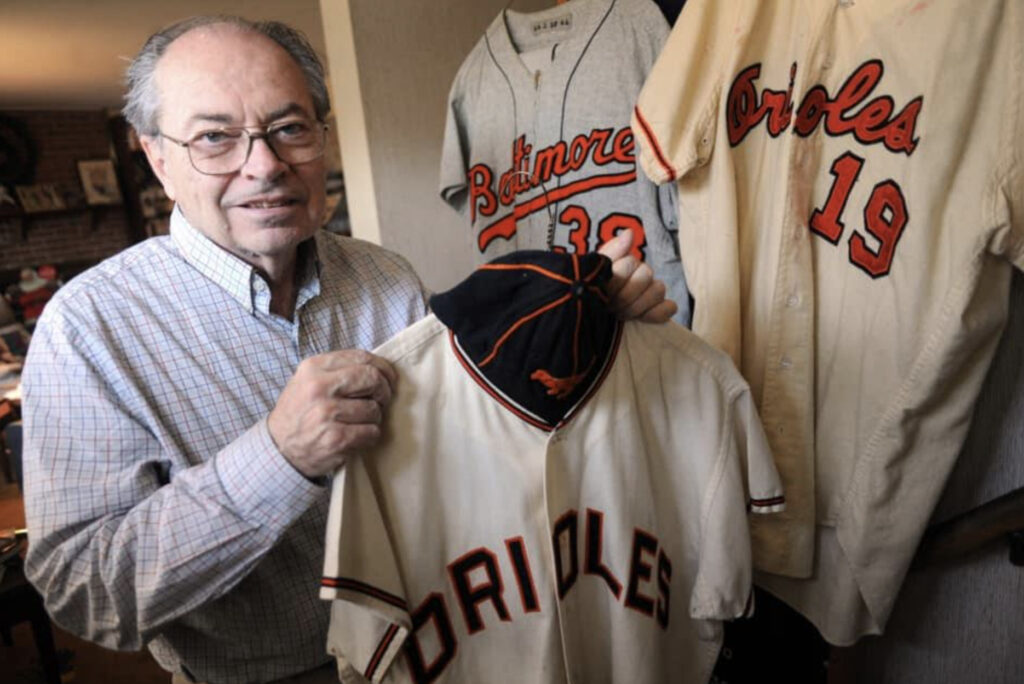 Back in 2003, shortly after we launched what was then Ravens24x7.com, I was invited in studio by Bob Haynie who was then manning the 10-2 shift on WNST. During the one-hour sit down, we kicked around various Ravens topics and took a few calls.

The next day I reviewed our site traffic from the previous day to see if my time spent with Bob pushed the needle for Ravens24x7.com. I was pleasantly surprised by the spike in traffic and naturally, I hoped that we might be invited back for more on air visits.

Fast forward a few months, I had a conversation with a dear friend of mine, Tommy Costantini, who was the host of The Banker’s Hour on WCBM. He told me that his employer, Green Pastures Mortgage, brokered air time on WCBM to help promote their company. The wheels started churning and soon thereafter, Ravens24x7.com had its own show on WCBM which we called, GAMETIME.

During our brief stint with the conservative AM station – a staple in Charm City, I had the great privilege of crossing paths with the iconic sports broadcaster Ted Patterson, who was the sports director at WCBM. Ted was welcoming, approachable and willing to help in any way he could to ensure our show’s success. He was a joy to be around and he even invited me and my co-host Patrick Lund on his program to help give GAMETIME a lift.

When we accepted his invitation, Ted took us down memory lane and we touched on the many milestones of our city’s sports heritage. Ted was even willing to take calls along with us as if we were one of his peers. We weren’t.

Funny sidebar, during a commercial break, Ted wondered aloud why we weren’t getting any calls from listeners. I sheepishly said, “Ted, I don’t think you’ve given out the call-in number.” He chuckled and when we returned from a commercial break, he immediately shared the number, after which the calls started rolling in.

When the show ended, we continued with some Ravens talk in the hallway and I’ll never forget something Ted shared. He wasn’t a big fan of Kyle Boller whose rookie season was rather unimpressive. He didn’t think that Boller had what it took to be successful and suggested that if the Ravens had a shot at this big-bodied gun-slinging QB from Miami, OH, they should pull the trigger.

That quarterback was Ben Roethlisberger.

Our stint at WCBM was short-lived. When I first bumped into Ted at training camp before the 2004 season, he asked me why we had left. I told him that our primary objective when hosting a Ravens-themed sports talk show was to drive people to our website. I regularly asked our board op to collect email addresses from each of our callers. When the board op failed to do so I asked why. His response?

“Tony, I ask every caller for their email address and they tell me that they don’t have a computer.”

You could see the light go on for Ted, followed by a chuckled, just like the one he shared that evening in studio when he invited us on his show. He understood that we were broadcasting to the wrong demographic.

Several times over the years since, I’d run into Ted and he was always welcoming, always a classic gentleman. Last Thursday, Ted passed at the age of 76, stemming from complications with Parkinson’s and associated dementia.

He will be missed but his legacy will echo in eternity. My heartfelt condolences to Ted’s family and his many friends in and out of the media. May his memory lift your hearts during a difficult time.