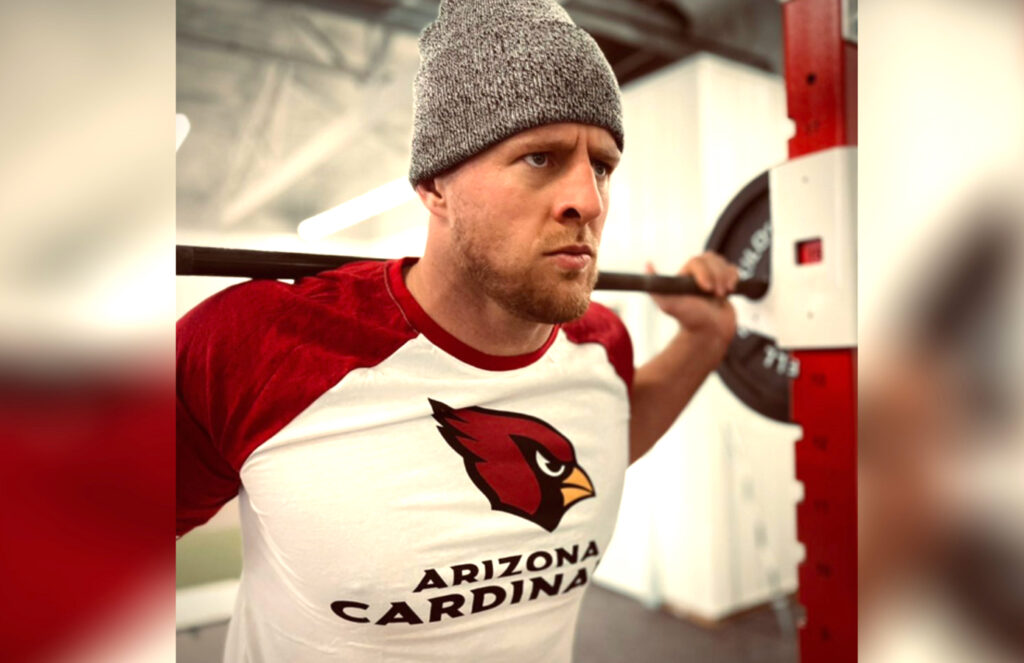 There were some Ravens fans clamoring for defensive end J.J. Watt when he was released by the Houston Texans last month.

The idea of Watt devouring opposing quarterbacks at M&T Bank Stadium was certainly an exciting scenario.

However, it was not meant to be as Watt signed a two-year, $31-million deal with the Arizona Cardinals over the weekend.

It was not a stretch to think Watt might have some interest in Baltimore.

Anthony Weaver, a former Ravens defensive end, was hired by John Harbaugh as the team’s new run game coordinator/defensive line coach. Weaver formed a close relationship with Watt during their time together in Houston. Alas, the Ravens decided to spend their money elsewhere, which is a long-standing strategy with the franchise.

The Ravens don’t usually make a huge splash in free agency, and that has proved to be a wise decision. The idea of signing high-profile players doesn’t always mean success.

The website Over The Cap recently examined the overall spending of teams in free agency stacked against their records from 2017-2020. Their analysts found big spending in the open market does not ensure success.

The Ravens are ranked 27th in the NFL with free-agency spending ($69.97 million) over the past four years, according to the OvertheCap.com. They’ve managed two AFC North crowns and three playoff appearances over that span.

The Pittsburgh Steelers ($42.49 million) have spent the least followed by the Dallas Cowboys ($65.97 million), New England Patriots ($66.45 million) and Atlanta Falcons ($66.59 million). Each of those teams has qualified for the postseason at least once over the past four years.

The more successful teams in the NFL build through the draft because it’s the most effective way to navigate an uncertain salary cap year-to-year and develop balance on the roster.

However, a team’s success in the draft can often provide a different type of challenge, especially in Baltimore.

The Ravens have traditionally developed players so well, some of them price themselves out of the team’s comfort zone when they’re eligible for free agency. However, many of these players, such as Weaver, don’t find the same success when they leave Baltimore. Others, such as linebacker Pernell McPhee, resurrect their careers if they decide to return.

General manager Eric DeCosta is biding his time this offseason because the NFL still has not provided teams with an official salary-cap number. Once DeCosta knows how much he has to spend, he can begin contacting agents.

However, the first order of business might be negotiating extensions for quarterback Lamar Jackson and tight end Mark Andews.

Jackson is not eligible for free agency until 2023, but with the ever-rising costs for quarterbacks, it would be prudent for the Ravens to reach a new deal sooner than later. DeCosta is committed to finding common ground and keeping Jackson in the fold, but it could cost the team in excess of $40 million per season.

“There is certainly a chance of that,” Baltimore general manager Eric DeCosta said. “He’s got a great relationship with this organization. He’s a very easy person to talk to, and certainly deserves a contract. He has played phenomenal football over the last couple of years, and our intention – and my intention – is to keep him in Baltimore for many, many years.”

Andrews is eligible for free agency in 2022. He has been one of the Ravens’ most dominant players and could look to be among the highest-paid tight ends in the league, which will be around $15 million per season.

Offensive tackle Orlando Brown Jr. is also eligible for free agency in 2022, but the Ravens have reportedly allowed him to explore a trade because of his desire to play left tackle.

DeCosta will look to address these issues on the current roster.

Don’t expect a big splash in free agency because that’s proven to be a solid move by the Ravens.