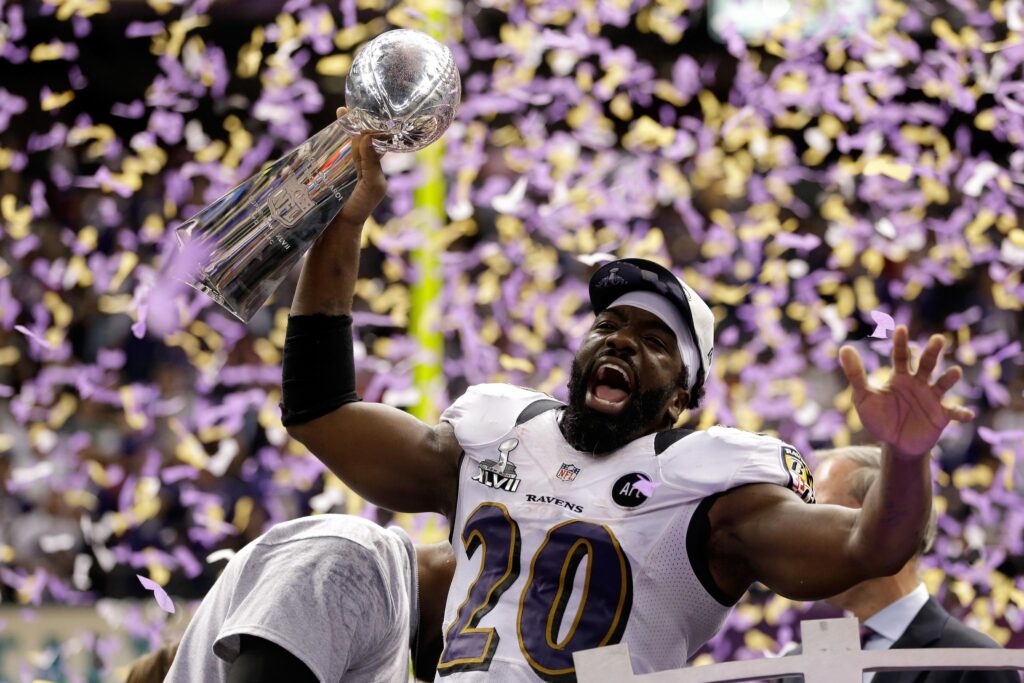 The NFL has witnessed legendary players achieve greatness at the peak of their game. The sport has seen outstanding athletes deliver their best over the course of the last 100 years. However, it must be acknowledged that some players have stood out more than others, so, here are the very best NFL players of all-time.

Like it or not, Brady has accomplished more than any other player in the history of the NFL. The 43-year-old continued to enhance his legacy in the 2020 season by winning the Vince Lombardi Trophy for the seventh time of his career. Brady proved that he did not need the coaching skills of Bill Belichick to triumph. He and the Tampa Bay Buccaneers defeated the Kansas City Chiefs in Super Bowl LV.

Despite his advancing years, the quarterback has shown no signs of slowing down. Due to Brady’s outstanding abilities, his popularity spans the globe, from the UK to India. In fact, India is home to a thriving NFL fanbase, and there is a strong belief that Brady will be able to lead his team to another victory. This is reflected in the odds at sites like Asiabet.org, where the Indian fanbase visit to find the best value for another crown for Brady and company. Given the form of Brady and the strength of Tampa Bay’s roster, the 43-year-old could well win his eighth Super Bowl in 2021. Add this to his increasing global fanbase and there’s certainly no doubt that he is the greatest player in the history of the game.

In terms of athletes on the field, the NFL perhaps has not seen a greater performer than Rice. The wide receiver had all the physical attributes to dominate the league for 20 seasons. At the peak of his powers with the San Francisco 49ers, he was downright unstoppable. Rice, along with Joe Montana, established the 49ers as one of the great NFL dynasties.

The wideout continued to thrive even without Montana, succeeding with Steve Young and then further down the road with Rich Gannon at the Oakland Raiders. His records for most receiving yards at 22,895 and most receiving touchdowns at 197 scores will stand for a long time. It will take a special effort to knock Rice off the top of those rankings, not only in ability but in longevity over the course of a career.

Taylor is the best defensive player in the history of the game. He was simply a behemoth of a linebacker. The New York Giants star was unblockable at the peak of his powers, giving offensive lineman nightmares in their attempts to halt his progress to the quarterback. When the games became more important, Taylor responded to the spotlight to deliver his best performances.

He was nothing short of outstanding in the Giants’ run to the Super Bowl in the 1986 campaign, winning the MVP award and Defensive Player of the Year award in the process. Taylor remains the only defensive player in history to win the MVP award. Over the course of his career, he notched 132.5 sacks, 11 forced fumbles, nine interceptions, and two defensive touchdowns. Few defensive players have matched Taylor’s ability to destroy an opponent’s game plan.

Since we’re in Ravens’ kingdom it would be remiss not to mention perhaps the greatest defensive back in the history of the NFL. Belichick often lauds his opponents, but if he could have Reed on his team, he would and may still have him in his secondary even at the age of 42. The free safety locked down the back end of the Ravens’ defense for 13 years.

Offenses could forget about throwing deep down the field with Reed present. He led the NFL in interceptions for three seasons and was named an All-Pro eight times over the course of his career and a Pro Bowler on nine occasions. He was named NFL Defensive Player of the Year in 2004 due to his excellence, and Reed finally earned a Super Bowl ring in his penultimate year aiding Baltimore in their triumph over the San Francisco 49ers. As we mentioned on RussellStreetReport.com, he was rightfully enshrined in the Hall of Fame after a glittering career.

The NFL has seen a number of outstanding players pass through the league in its tenure. However, these four players stand out for their exceptional talent on the field, driving their respective teams to success and establishing legacies that will live long in the memories of players, coaches, and fans alike.