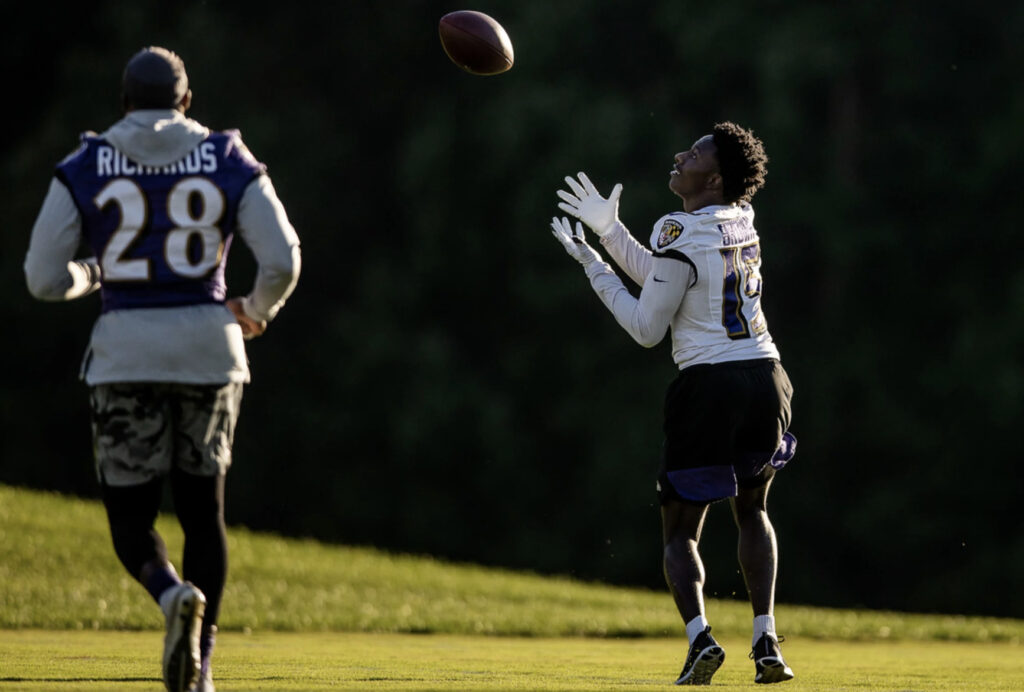 The Ravens wide receivers room will be the main focus of the offseason.

While the team needs to add depth on the offensive line and find some outside linebackers, the passing game will dominate the headlines because that’s where the team struggled the most last year.

There have been reports the Ravens won’t make a big splash in free agency and pursue some of the marquee players on the market, such as Allen Robinson or Kenny Golladay. Both of those players could be getting the franchise tag, so that might be a moot point regardless.

The Ravens could pursue some less costly options such as Corey Davis, Sammy Watkins or A.J. Green. The team appears to be parting ways with Willie Snead, who was one of the team’s most dependable players but had modest statistics.

A lot of the emphasis will be on the young wide receivers on the 53-man roster that consists of Hollywood Brown, Miles Boykin, Devin Duvernay and James Proche.

Brown was the only player among that group to get 100 targets in 2020. He finished with 58 receptions for 769 yards with eight touchdowns. Overall, the Ravens ranked last in the NFL, averaging 171.2 yards passing per game, and attempted the fewest passes among all teams with 406.

The wide receivers room will have new voices this year with the addition of Keith Williams as the new pass-game specialist and Tee Martin as the wide receivers coach. Both Williams and Martin have extensive experience working with young players and should be a solid fit in Baltimore.

“We’ve got some young receivers that would benefit from more practice time, and OTAs, and an offseason,” DeCosta said. “We’ll look at the personnel as well. There are a lot of different ways that we can do that. Receivers come in all different sizes and shapes. We’ve got the Draft; we’ve got free agency.”

Look for DeCosta to make a splash in this year’s NFL draft, which is deep with talented wide receivers. The Ravens have been mostly linked to Terrace Marshall Jr. (LSU), Rashod Bateman (Minnesota) and Rondale Moore (Purdue). DeCosta has said in the past the team needs to “take more swings” at drafting wide receivers, and this could be the second time in three years that Baltimore takes a wideout in the first round.

However, there are other pressing needs that will have to be addressed.

The Ravens need to find more support for the interior offensive line, which has struggled with pass blocking. It appears D.J. Fluker will be looking for a new home after just one season in Baltimore and DeCosta will need to find depth. The Ravens could look to the free-agent market to sign a player and Packers center Corey Linsley would be a perfect fit. There’s also been talk about trading Orlando Brown Jr., who wants to play left tackle, but DeCosta would have to be overwhelmed by a trade offer to let him go.

Baltimore also needs to add outside linebackers after Matt Judon, Yannick Ngakoue and Tyus Bowser look ready to test the free-agent market. The Ravens do not want to jeopardize their pass rush and need to find a player or two that can get to the quarterback.

As a result, DeCosta is looking to build a balanced team that can make a run at the Super Bowl next season.

“We want to be a big, physical offensive line,” DeCosta said. “We want receivers who can make plays. We want tight ends who can make plays. We want to not give the defense a chance to get used to what we’re doing. So, as far as that goes with the salary cap, there are some unique challenges this year with not even knowing what the cap is going to be.”