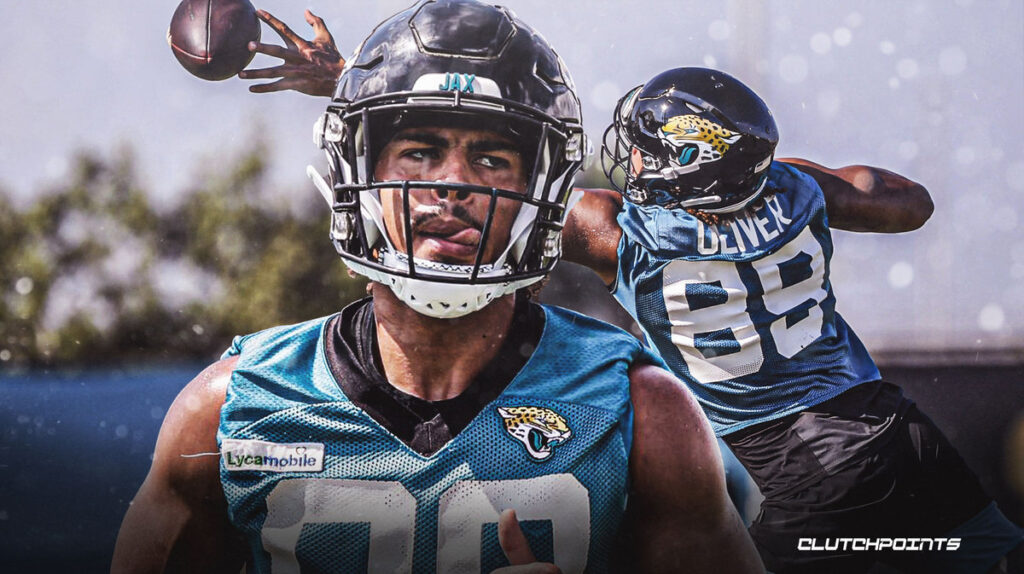 The Ravens typically carry two long snappers on their 90-man roster heading into training camp and yesterday, while fans awaited the signing of an edge rusher or a center or wide receiver, instead they learned of the day’s only signing by the team via Twitter:

Per the transaction wire, the Ravens signed long snapper Brian Khouly, who snapped in the XFL. The Ravens traditionally have two long snappers in camp every year and now Khouly joins Nick Moore, the favorite to replace longtime snapper Morgan Cox.

The Ravens carried and protected practice squad LS Nick Moore throughout the 2020 season. He’s expected to be the heir apparent to Morgan Cox who has moved on to the Titans. 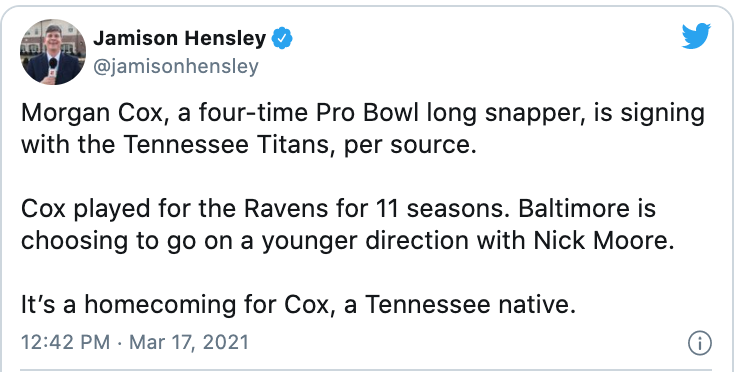 We’ve seen the market for wide receivers to be somewhat bearish. Players who expected bigger deals are not finding them. Marvin Jones signed a (deal) while others like Kenny Golladay are considering one-year deals as a bridge to a 2022 market that is expected to be more lucrative. Also at play, is a wide receiver draft class that is believe to be especially deep.

The one-year deals don’t real fit well into the Ravens cap structure because of their weight on this year’s pandemic-suppressed cap. If I had to bet on Eric DeCosta adding a significant receiver through at Olybet, it would be a bet against it happening.

The Ravens did make another move yesterday trading for Jaguars TE Josh Oliver. Oliver was the Jags 2019 3rd round pick, 69th overall out of San Jose State. Oliver’s career has been injury riddled, appearing in just 4 games during his NFL career. He’s posted 3 catches for 15 yards.

The scouting report on Oliver, via NFL Draft Network reads as follows:

Oliver produced more than half of his career numbers in his senior season, suggesting that he is an ascending player. He has NFL athleticism, but there are still some raw aspects to his game despite the increase in production. Still, Oliver did enough this season to warrant an invite to the Senior Bowl. He likely will never be a dominant factor in the run game, but has enough traits to get by in the receiving game. Oliver has a relatively high ceiling, but best projects as a TE2 for an NFL team.

Here are some highlights of Josh Oliver…

For the complete scouting report on the 2018 First-team All-MWC, click here.