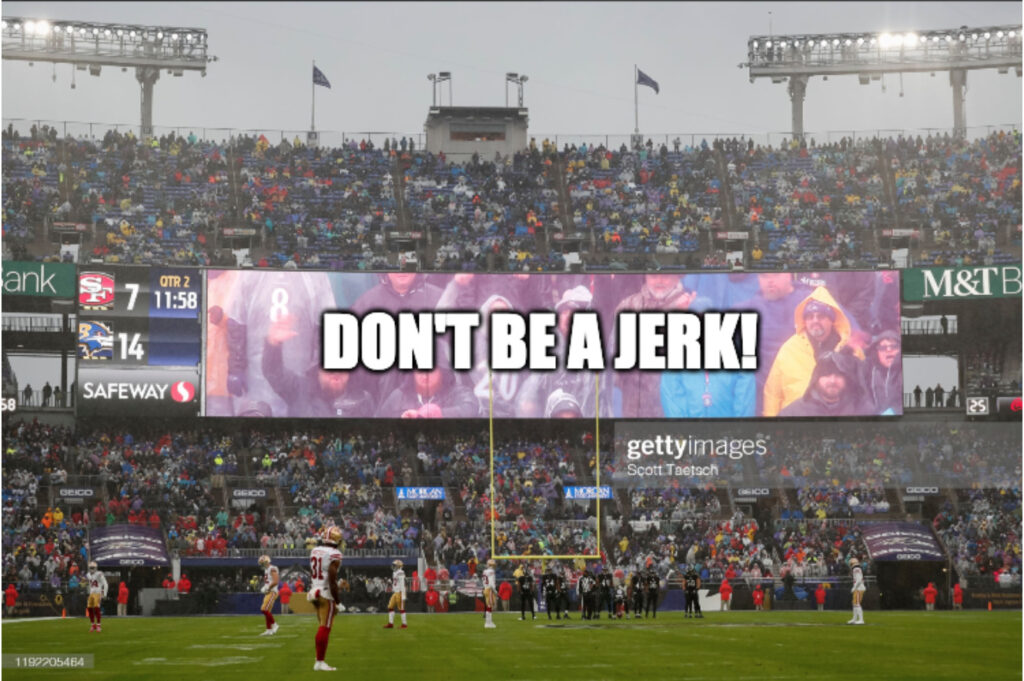 The Ravens have yet to make a splash signing that satisfies the insatiable free agent appetite of many fans. So much so that a child of a member of the team’s front office is being bullied. Really people?

I’ve shared some tweets on the topic and instead of reiterating, I’ll just post them below.

Look, it’s great to debate the moves, criticize them and argue the merits, good or bad. That’s what makes being a fan fun. I’m one myself. But the vocal minority of fans would be wise to be mindful of the big picture and the long view.

Believe in the process. Trust in EDC!

And remember, the Ravens owner and his capable staff want to win MORE than you.

I feel bad for the majority of #Ravens fans who I believe to be great, intelligent fans, albeit among the silent majority. They are drowned out by yahoo, cerebrally challenged, fantasy football dummied-down “fans” who unfortunately are among the vocal minority. #AnEmbarassment pic.twitter.com/6HciCOggFM

(2/2) And those minds have crafted an offseason plan that can’t be completed until September. Let the process unfold. Trust in it. The track record is there. They want to win even more than fans. Do you judge a gourmet dinner before the ingredients have been properly prepared? pic.twitter.com/od3Z1wJP24