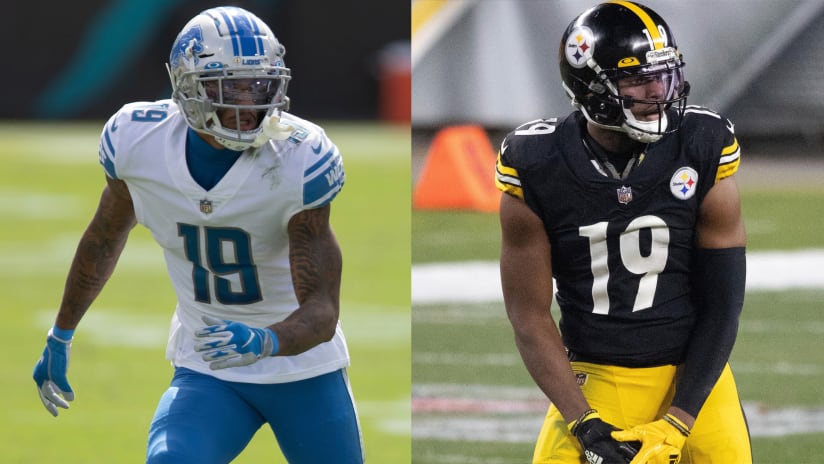 Kenny Golladay was on the open market much longer than expected. Rumors swirled that off-the-field issues must be scaring teams off, effectively influencing a few clubs to submit below market, 1-year offers in the $10-12M range.

Despite a new quarterback, coach and optimistic outlook, the Lions weren’t interested in bringing back Golladay. He made it clear that he sought $18M per year. Nice player, but $18M per? Surely that was just agent-speak, right?

The Bengals made an offer. The Bears seemed aggressive in their pursuit of the 6’4” pass catcher. And then there was GM Dave Gettleman and the New York Giants. But before we go there, the Ravens allegedly threw their hat in the ring of the Golladay Sweepstakes.

But I’m not buying that…

Ravens GM Eric DeCosta enjoys a great relationship with Golladay’s agent, Todd France. Since DeCosta’s alleged interest in Golladay was reported, word creeped out that the Ravens were also in on discussions with WR Juju Smith-Schuster. Could DeCosta and France have together, concocted the story of the Ravens interest? Think about it. DeCosta’s play is to force a decision from Smith-Schuster by pretending to be interested in Golladay, while France gets to add another “player” to the bidding for his client, essentially driving the price up?

The results seem to indicate that this theory is plausible.

Shortly after the Ravens reported interest in Golladay, Smith-Schuster made his decision to stay in Pittsburgh. Not DeCosta’s intended result but at least he forced a decision which now allows him to focus his attention on other players with his limited cap dollars. As for France, WOW! Just WOW! 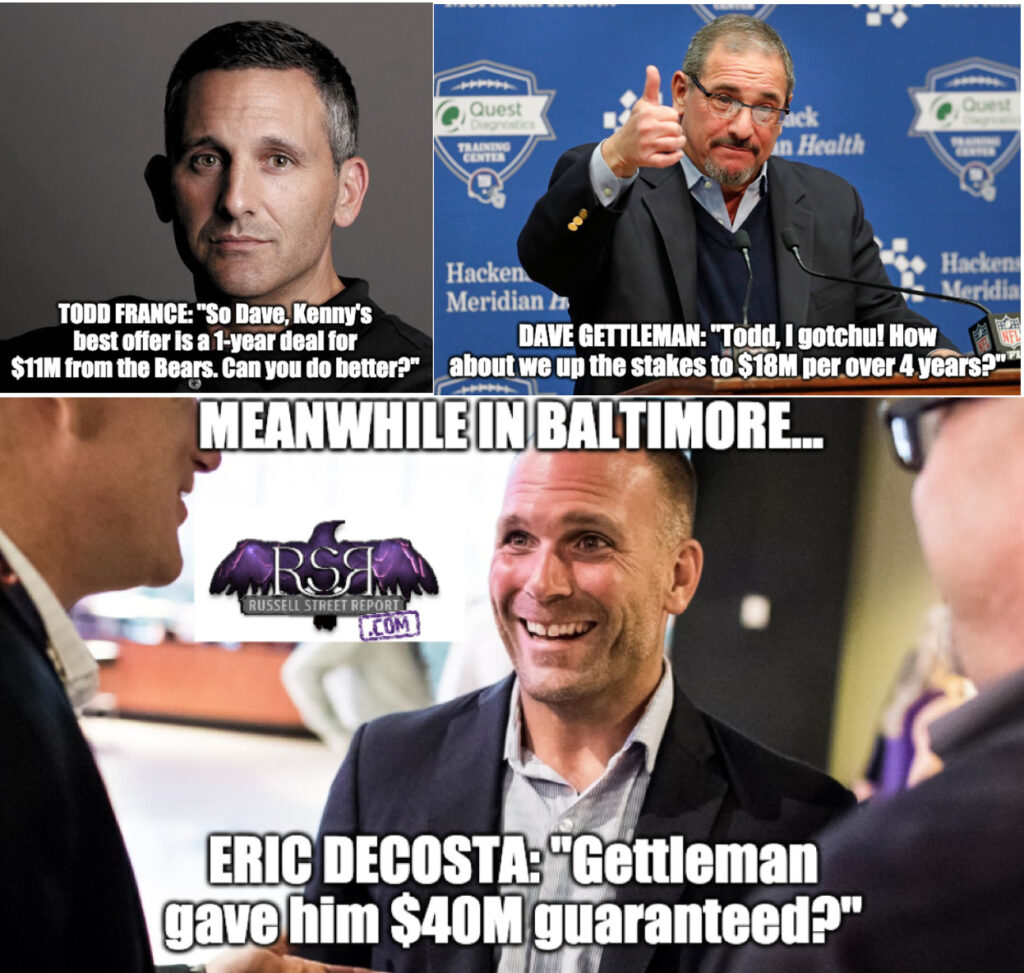 The Ravens interest in Smith-Schuster should at least signal to fans that the team is willing to spend for a wide receiver. It doesn’t explain why they didn’t get in on Marvin Jones who had 147 more receiving yards than the Steelers’ WR in 2020. Jones’ modest contract carries a cap figure of $4.3M in 2021 and $8.2M in 2022. Apparently the Ravens brass thought that Juju would be a better fit, hence the 1-year, $9M offer with another $3.5M in incentives.

That said, I don’t see the fit.

The complementary piece to the Ravens receiving corps should be a player who wins the battle at the boundaries, has some size and can win contested catches regularly. Smith-Schuster is a tough, gritty competitor, but much of his success comes on digs and slants. In 2020 his average catch went for 8.6 yards, down from 13.1 in 2019.

Count me among those who believe that Devin Duvernay can provide that kind of production, if given the chance in the Ravens offense. Count me also among those who believe that James Proche, a smooth route runner with excellent hands, can also provide some production. If given the targets that Smith-Schuster would conceivably get in the Ravens offense, I think you’d see comparable production and of course the price is significantly less.

Clearly, Golladay didn’t fit that description at all – not even close with his 4-year, $72M, $40M GTD contract.

Sometimes the best deals are those you don’t make. For different reasons, I’m glad that neither of these players are the newest Raven. And at this point in the offseason, given the current list of available free agent wide receivers, the Ravens should just wait for the draft and for any cap casualties at the position, post-draft. Put the money someplace else.

Hey, remember when the Ravens signed WR Deon Cain to a reserve/futures contract?