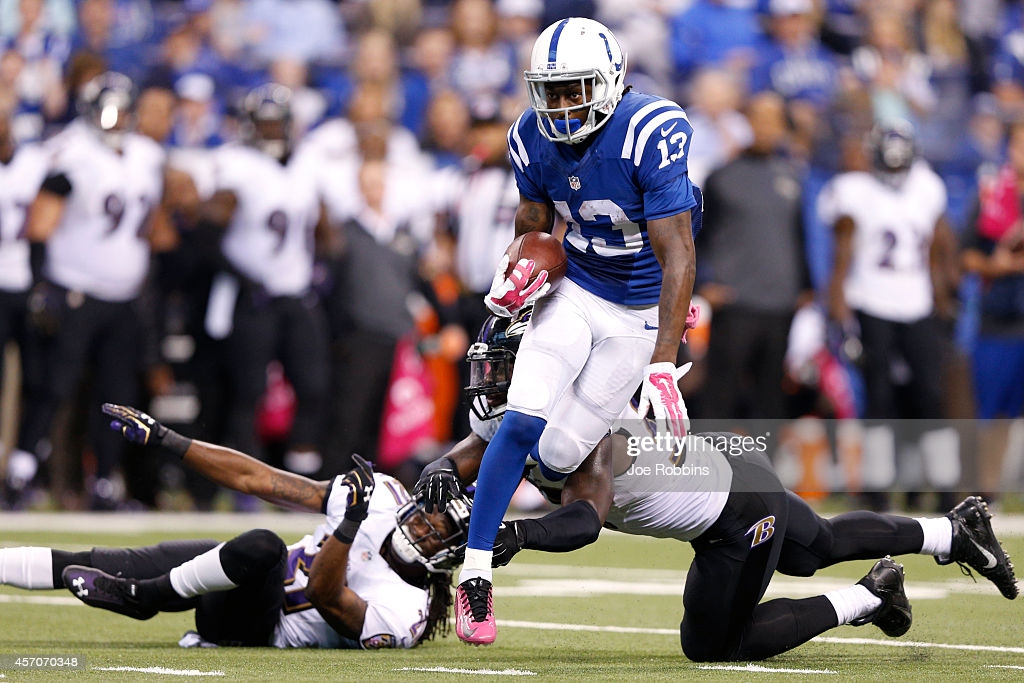 Last night I was informed by a source that the Ravens were in discussions with Colts WR T.Y. Hilton and that things were moving rather quickly. This morning I was told that the offer was a relatively lucrative one but was cautioned that given Hilton’s relationship with Indianapolis, it has been understood by all parties that the Colts would have an opportunity to match.

Negotiations with Hilton’s agents, the Katz Bros, ended amicably. T.Y. and his team then returned the promised courtesy to Jim Irsay & Co. The end result was a 1-year, $10M deal that includes $8M in guarantees – with the Colts. I’m told that the Ravens offer was for 3 years with substantially more guaranteed money.

As the dust settles it leaves you wondering what went wrong for the Ravens.

Hilton’s decision to stay in Indy doesn’t bother me all that much but make no mistake about it, there is collateral damage. The 31-year old, 4-time Pro Bowler would have added need veteran leadership to the Ravens wide receivers room. Hilton is a great locker room guy, a leader and could have been a mentor to the team’s young receivers like Calais Campbell has been to several Ravens defenders.

But even more disturbing is the look. What is the perception of the Ravens as a passing offense and if given a choice, do capable receivers just not want to come to Baltimore? Is it Lamar? Is it Greg Roman?

Now the argument could be made that both Hilton and Juju Smith-Schuster simply wanted to stay with their respective teams and that’s something most can respect. But these rejections, coupled with earlier tweets from Willie Snead and Dez Bryant that were hardly complimentary of the Ravens offensive scheme, leaves you wondering and it must move GM Eric DeCosta and head coach John Harbaugh into a state of frustration.

You give any receiver 100+ targets, if they worth a damn, they’ll be considered a #1 because they have had plenty of “opportunities” to show it 🥴 LAN … if u gonna talk, speak facts. Not name drop. https://t.co/sxdXPwMI2j

All of this Lamar hate is starting to get on my nerves….just know I got to see first hand what he have to deal with.. him being able to play QB is far from the issue..

Word is that Sammy Watkins had a good meeting with the Ravens but left without a contract or an offer. He was scheduled to meet with the Colts today. Does signing Hilton leave Watkins in the dark? Might it enhance his leverage with the Ravens as he demands the same deal offered to T.Y., a player four years his senior?

Maybe the Ravens should just fold tent on free agent wide receivers this offseason. Maybe they should just wait to see what they can do on draft day or if there is any fallout from other teams’ rosters after the draft. Maybe they should use some of their available cap money to improve in other areas, like the edge or at tight end.

Today’s events must be unsettling to those at The Castle. The popular opinion that the Ravens just don’t do wide receiver very well just gained more traction. It has to wear on DeCosta and Harbaugh. And until they get it right, the noise about the position is not only undeniable, it’s just getting louder.