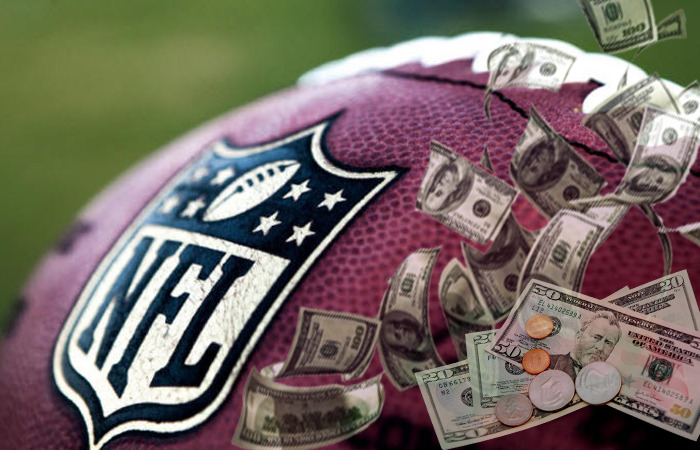 Former Orioles general manager Syd Thrift got so frustrated about the team’s inability to sign free agents, he proclaimed: “It’s like we have Confederate money; it’s no good.”

At that point, the Orioles had become a moribund franchise and did indeed have trouble signing players.

The Ravens will never reach that point, but they’ve had similar challenges signing free-agent wide receivers in the past, and experienced them again recently before landing wide receiver Sammy Watkins.

Both JuJu Smith-Schuster and T.Y. Hilton both turned down more lucrative deals from the Ravens to re-sign with their former teams.

Smith-Schuster turned down a $9.5 million deal with another $3.5 million in incentives from the Ravens to stay in Pittsburgh for $8 million.

Hilton reportedly turned down a three-year deal from the Ravens to stay in Indianapolis for another season for a manageable $10 million.

Both Ravens GM Eric DeCosta and coach John Harbaugh were asked about the challenge of signing free-agent wide receivers to play in an offense that has the fewest pass attempts in the league. It’s certainly not the place for a player looking for a one-year deal to pad his stats and set himself up for a bigger payday.

However, if a player wants to actually win and have a shot at going to the playoffs, then Baltimore is the perfect fit.

“I’ve never had a player yet say to me, ‘I don’t want to come play for the Baltimore Ravens, because you don’t throw the ball.’ It hasn’t happened yet – maybe it will,” DeCosta said. “Most of the time what I get is, ‘I hear you guys are an amazing franchise. I know players who have played for you guys and loved the experience. You’re a great team for veteran players. I want to play with Lamar Jackson. I love your defense.

“Baltimore is a town that I want to be in. I’ve played against you guys. I love your fanbase. Your stadium is amazing.’ That’s what I hear. I’ve never heard, ‘Well, you don’t throw the ball – I’m not going there.’ There’s always an exception, but I haven’t heard it yet.”

Harbaugh has no desire to personally recruit players. The team should not have to convince people to sign with the team.

The Ravens have been to the playoffs in each of the past three seasons, they have a state-of-the-art practice facility and a stadium that is among the best in the NFL.

The Ravens also have one of the league’s most dynamic players in Lamar Jackson, who shuns personal accolades for the team’s overall success.

“If you’re all about stats, and numbers, and your stat line, and how many balls you catch, necessarily, and that’s all you care for – then there’s a lot of other teams you can go play for, and we’ll be looking forward to lining up against you.”

At this point, the Ravens should focus on adding a free-agent pass rusher and adding a wide receiver in the draft. The team has prided itself on developing its own players anyway.

Regardless of what happens throughout the rest of the free agency, look for the Ravens to have more success than most of the big spenders … as usual.