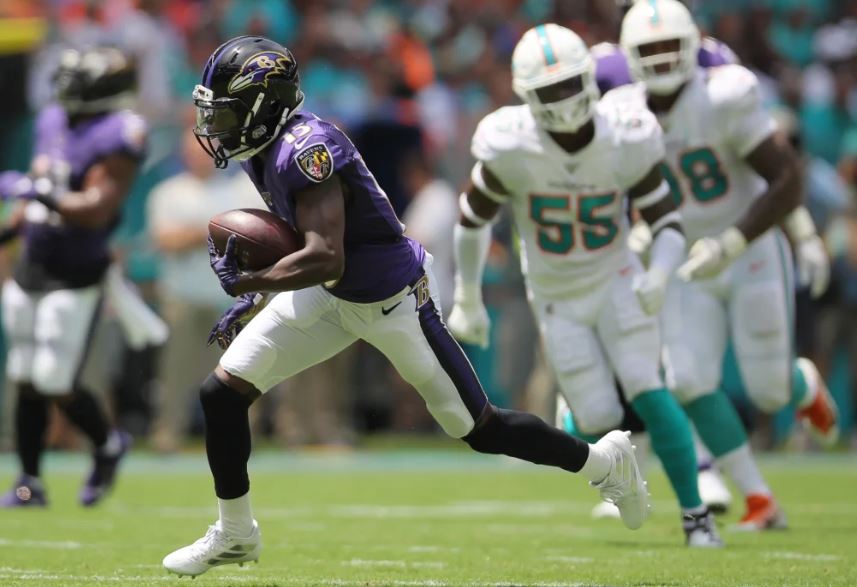 The Ravens take offense to the widespread criticism of the team’s wide receivers.

“We have some really good, young receivers. It’s insulting to these guys when they hear that we don’t have any receivers,” DeCosta said. “It’s quite insulting. I’m insulted by it, too, to be honest. I think we have some guys that want to show everybody what they can do. We love our team. We love our roster. We have a lot of really good, young football players who care very badly about it. So, I can’t answer the question about Pro Bowlers and all that. If Pro Bowlers get voted Pro Bowlers, they’re Pro Bowlers.”

DeCosta is looking to boost the passing attack by adding a wide receiver or two in this year’s NFL draft. Some of the players that have been linked to the Ravens include Terrace Marshall (LSU), Rashod Bateman (Minnesota), Rondale Moore (Purdue) and Kadarius Toney (Florida).

Baltimore also added Sammy Watkins from the free-agent market. However, DeCosta said adding new players is not a poor reflection of the wideouts on the current roster.

John Harbaugh also defended the players in the wide receivers’ room over the years. While the Ravens had some struggles drafting Pro-Bowl-caliber wideouts, the team has been able to add several playmaking free agents, such as Anquan Boldin, Steve Smith and Derrick Mason.

Harbaugh also likes the chemistry between quarterback Lamar Jackson and the wide receivers on the current roster. Nonetheless, everyone within the team needs more production from the passing game.

DeCosta also reiterated the franchise’s commitment to Jackson over the long term. However, a new contract will cost the Ravens about $40 million per year.

As a result, DeCosta acknowledged the team might have to alter the way it does business. However, he is fully prepared to make those adjustments to keep Jackson in Baltimore despite the hefty price.

“It will change the way that we do contracts, potentially,” DeCosta said. “We will have to be probably a little bit more careful about which players we sign and which players we don’t sign. We may lose some good, young players. That’s unfortunately just the salary cap age that we’re in, and it happens to every single team.

“So, we’ll be aggressive, if possible. I think the draft will continue and will always remain the lifeblood of this organization when it comes to building this team and building the roster, and draft picks will be more important than ever.”