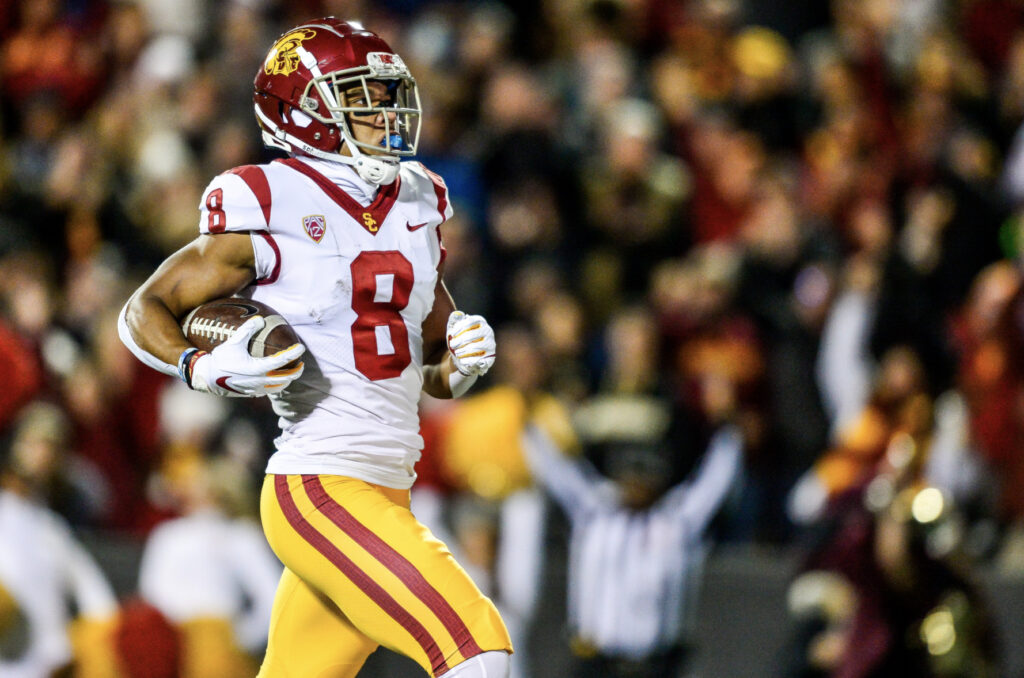 The NFL Draft will be here in exactly a week’s time, and as always there has been no shortage of coverage since around the time of the Super Bowl. Mock drafts fly off the board as quickly as teams rearrange the rankings on their boards leading up to selection Thursday.

Way back when — before Eric DeCosta became the general manager of the team — he touched on the characteristics and overall mentality he looks for when I interviewed him for RSR. Toughness, high football IQ, passion, and “good football players.” In many circles, when a coach or scout labels a player a “football player” it’s one of the highest compliments he can give.

In Baltimore, that statement has translated to players who can play anywhere on the field and show up in multiple phases of the game. Perhaps the most symbolic example is Ed Reed, arguably the greatest Raven of all, who could play free safety, strong safety, blitz, play the run, field punts and kicks, and block punts.

Given that general blueprint, which players in the 2021 NFL Draft class fit the bill and look like natural fits? Here are four players I could envision in purple.

The Skinny: At the start of my NFL draft evaluation process, I did not have St. Brown on my radar. The main reason is I wasn’t sure if he would fit the need for a prototypical X and his slot role at USC seemed to be redundant in the Ravens’ offense. After all, second-year wideouts Devin Duvernay and James Proche are tabbed for more slot duties in 2021, and the team inked Sammy Watkins, who has played plenty of slot, earlier in the offseason.

When you peel back St. Brown’s game though, it’s evident that he can give more of an inside-outside profile.

Been digging into Amon-Ra St. Brown more & more I really like the fit for the #Ravens. Yes, he played a lot in the slot but he can also line up outside. Physical, refined route runner. Good instincts. Attacks the ball. Strong dude. Also tied to USC & Tee Martin. 2nd round target.

St. Brown excels on 50-50 balls. His ability to high-point, track, and compete for the ball, combined with his overall competitiveness to jostle with defensive backs at the catch point, all make him one of the best contested catchers in this draft class.

St. Brown is not a burner and his ability to gain consistent separation is probably one of the clearest concerns. But for what he lacks as a downfield threat, he offers a polished route runner who can get a release using a variety of moves.

Why the Ravens Would Call Him on Draft Day

St. Brown’s backstory is something else. If you haven’t read it, check it out. He checks a lot of the boxes on the “just a good football player” front. It seems like he’s driven for greatness and much of that drive is fueled by his father, John Brown, a former two-time Mr. Universe bodybuilder.

St. Brown is a willing and physical run blocker. He also had a knack for working his way back to the quarterback on scramble drills and helped his quarterbacks extend the play. That would obviously be important in Baltimore playing with Lamar Jackson.

The Skinny: When I read Jones’ profile and watched him, he immediately reminded me of former Raven Za’Darius Smith. His frame and physical profile stood out the most. He’s got long arms and is a natural athlete.

The college production the team craves from their edge rushers is also there. Jones recorded 17.5 sacks in two seasons. His athletic profile and overall quickness/speed jump off the page more so than teammate Rashad Weaver, who is more of a physical imposer. NFL Network’s Daniel Jeremiah has also lauded Jones’ motor. We all know how much the Ravens’ love defensive players with high motors.

The concern? According to draft analysts, Jones isn’t physically imposing and his ability to play the run/set the edge is not up to snuff. That’ll have to change quickly because that is a major priority in Don “Wink” Martindale’s defensive scheme.

Why the Ravens Would Call Him on Draft Day

The Ravens are likely to target an edge earlier in the draft but even if they draft one on Day 1 or Day 2, there is every reason to draft two players from this deep class. Assuming they sign a veteran like Justin Houston and pair him with Pernell McPhee, the team would still need younger reinforcements as both players would be on one-year contracts.

Jones II is a classic fit in many ways from a traits perspective, but he’s also a classic find for the Ravens’ scouting staff. Typically, when the team has scouted other players who play on the same defense — in this instance, if they were scouting Jones’ teammate Weaver — they’ll take notice.

A classic example of when the Ravens have drafted “the other guy” later in the draft is the aforementioned Z.Smith, who played alongside Bud Dupree at Kentucky.

Beyond that, Jones also checks a number of the other boxes the front office and coaching staff often look for in their players — respected team captain and has local ties to the Virginia area.

The Skinny: Everything about Tonga’s game screams Raven to me. He’s a big, hulking nose tackle who can anchor in a two-gap scheme and plays the run exceptionally well.

As an athlete, Tonga offers more than your typical NT as well. He’s got some pass rush pop to collapse the pocket, and deceptively, he’s also someone who has some pass breakups on his resume. Tonga has a blocked field goal kick to his name, so from a special teams standpoint, that also stands out.

At BYU, Tonga was consistently double teamed and handled the grunt work inside the trenches. What you have to like is that he’s quick-footed for a man his size, which could translate to an ability to knife plays in the backfield.

Why the Ravens Would Call Him on Draft Day: Many analysts, including Jeremiah, have openly said this is one of the worst draft classes for defensive tackle. Tonga is one of the few in this class who handles one specific job as a gap-stuffing NT pretty well, although one could argue the lack of competition he faced at BYU is a legitimate concern.

That brings me to a related point: the Ravens love harvesting players from the smaller school ranks. BYU doesn’t exactly qualify as a “small school.” But if Tonga is drafted, he’d be the first BYU defensive tackle selected in over 20 years. The Ravens of course have a bit of a history with the Cougars, having recently drafted BYU defensive end Bronson Kaufusi in 2016, and tight end Dennis Pitta in 2010.

On the depth chart front, Tonga would be a natural future replacement for Brandon Williams, who is likely out after the 2021 season. The team needs to get younger on the front line. Tonga could use a year to learn from Williams and veteran NT Justin Ellis.

The Skinny: Cornerback is a low-key position of need for the Ravens. With Marcus Peters’ contract structured in a way to give the team an out in 2022, slot corner Tavon Young being a durability liability, Jimmy Smith’s age, and Anthony Averett being on the last year of his deal, they’ll need to plug holes before you know it.

Griffin is a quintessential project/developmental prospect. What I like about him is that he’s comfortable playing on the boundary and has great timing in the air, which are standout traits that the Ravens value in their corners.

According to Pro Football Focus (PFF), Griffin only allowed a 42% completion rate in man coverage, which is exceptional. He’s simply a natural playing on the perimeter and his competitiveness playing against Pac-12 wide receivers is something former NFL cornerback Eric Crocker recently highlighted compared to the other CB prospects from the conference.

Why the Ravens Would Call Him on Draft Day: Griffin is an interesting use case for the Ravens. Apparently, he does not have the strongest route recognition and there is definitely some work ahead to refine his overall game.

However, to Crocker’s point, Griffin has also competed at a high level against some elite receivers and held his own with the more decorated corners in this class. Given how much the organization values players who have a track record against elite competition and play well on the big stage, Griffin’s tape will probably stand out more than his physical traits and athletic profile.

Griffin also has — wait for it — a natural connection with Martin as well going back to USC.

Fun fact: Griffin is also the son of G-funk era rapper Warren G and nephew of the legend, Dr. Dre.