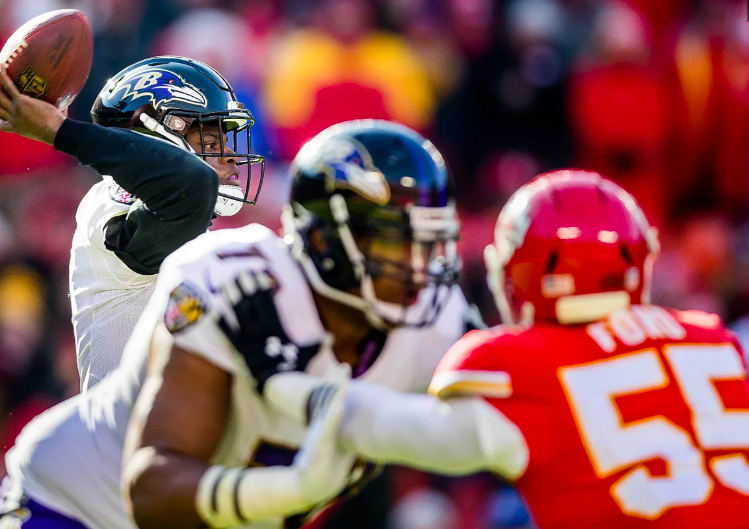 I was sitting in the press box at Camden Yards on Saturday (waiting for the rain) and was discussing the Orlando Brown Jr. trade with another member of the media who solely covers the Orioles but is a Ravens fan.

The trade worked out for the Ravens, who were able to get a first-round pick. However, this colleague had one astute question: “Why would you help the best team in your conference?”

While the trade did benefit the Ravens, the Chiefs also continued to improve an offensive line that was run over in the playoffs last year. Quarterback Patrick Mahomes now has a strong group of playmakers that can keep him upright.

The Ravens have lost to the Chiefs in each of the past three seasons. The teams play again in 2021 in what will undoubtedly be a prime-time game at M&T Bank Stadium.

The Ravens could draft a tackle, and/or keep second-year player Tyre Phillips at right tackle. One week after hosting Steelers’ free-agent offensive lineman Alejandro Villanueva, Baltimore reportedly plans to bring in former Titans’ tackle Dennis Kelly. Both of those players would add depth.

DeCosta is trying to keep those types of visits under wraps, but the agents like to talk to certain national media members to create a buzz for their clients.

“I’m also not going to comment on any reports of players visiting or not visiting Baltimore,” he said. “Again, it doesn’t really benefit us to talk about those kinds of things, especially this time of year. So, I’ll just leave that question alone.”

The Ravens now have $15.14 million in salary cap space to sign other free agents or make a trade.

Furthermore, DeCosta is far from finished building the offensive line. He said that personnel will play a key role in boosting the beleaguered passing attack that ranked 32nd in the NFL in yards per game and attempts.

“But pass protection is going to be a factor. I think that having an OTA this year if we can, more practice time would be a big thing. We’ve got some young receivers that would benefit from more practice time, and OTAs, and an offseason. We’ll look at the personnel as well. There are a lot of different ways that we can do that.”

DeCosta is currently examining those ways.

Stay tuned because more change is on the horizon.