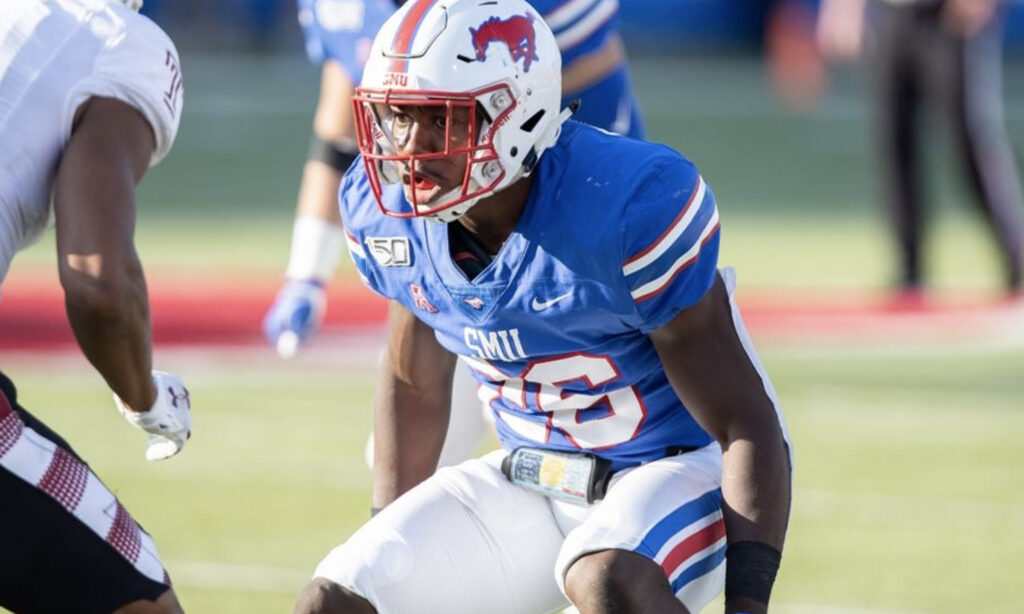 With the 104th overall pick in the 2021 NFL Draft, the Ravens selected Southern Methodist University defensive back Brandon Stephens.

Arriving at SMU back in 2019, Stephens put together solid tape quietly. He has really good size and has a tall presence on the field. Stephens is long and utilizes his length to break up passes. He flashed the ability to track the ball downfield. In coverage, Stephens does a good job of mirroring wideouts and staying in their hip pocket. There were a lot of times where the receiver Stephens was covering was the quarterback’s first read, but he had to go elsewhere because of Stephens’ sticky coverage. Speed and twitchiness will be Stephens’ concerns in transitioning to the next level. He did a sound job in coverage, but his athletic pitfalls are far too prevalent in his game. That lack of speed hurt him against the faster receivers that he faced. They eventually got a step or two on him because he couldn’t stay attached down the field. In terms of twitch, he doesn’t get to his spot quickly enough. Stephens was a step late a lot of the time on the field. Safety could be an option with his skill set. There is talent there, which is why he is worthy of being a late-round flier or priority free agent in the worst-case scenario.

I like Stephens as a CB prospect – he’s a physical specimen who fits Baltimore’s press-man scheme – but I do not like drafting him at 104, because I think he’s definitely there at 131 and potentially even later. To me, there were just too many better prospects still on the board to make Stephens a good pick here. Obviously, the front office must see something in him, but I still think they should have drafted a higher-rated player here and used a later pick on Stephens.

I’ve got nothing on this kid. I won’t blow smoke.

What I will say is that R3 for a RB-to-CB that’s super raw & potentially switching to FS seems waaaay early.

But hell, I’m just an armchair GM not the real deal. pic.twitter.com/tFRLbOL5Bu

No one on Ravens twitter has watched Brandon Stephens.

Yet everyone is calling it a reach.

I haven't watched a single snap of Brandon Stephens.

A piece of advice:

You probably shouldn't believe anyone on Ravens' Twitter who say that they have.

He's, essentially, a complete unknown for everyone who is not an NFL scout. https://t.co/nrahrLZrEu

DeCosta made it seem like Stephens is more of a free safety project. Good size and good speed. Likes to hit people. A tangy, free safety is a much needed commodity in this defense, so if they can develop him, he could be a steal.  For now, he’s a developmental guy that only sees the field for ST and if there are injuries, at least for the first half of the season or so.

I know very little about Brandon Stephens and he was projected to go much later by many analysts. This year is unlike any others so big boards are vastly different. This tells me the Ravens have conviction in this player and probably know a lot more about him than other teams. With his size he would probably be a better fit at safety and in fact DeCosta said they expect him to be a free safety. Another versatile chess piece for Wink Martindale and I think he may see some snaps as a dimeback this season. Being so new at the position he has a lot of room to grow.