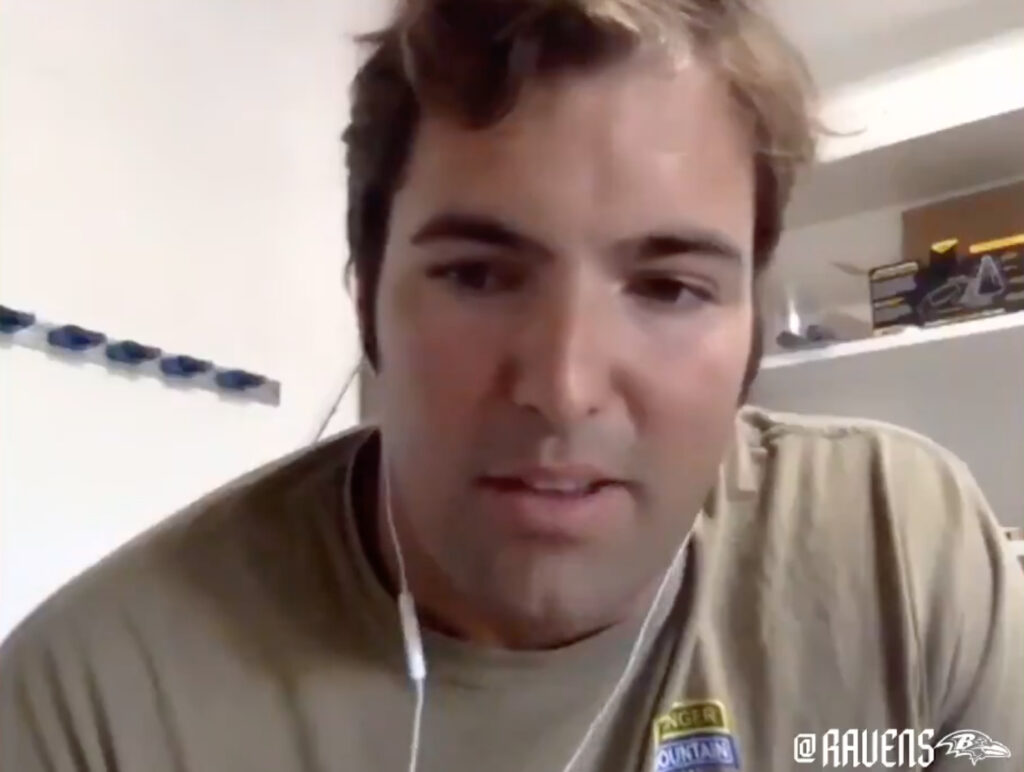 Later today we will post the entire transcript from today’s Zoom press conference with the newest Raven, offensive tackle Alejandro Villanueva. Until then, I thought to share these notes and video clips with you.

• Currently focused on learning the new playbook and position – more about the playbook
• Looking forward to a more balanced offense
• Said that passing so frequently in Pittsburgh gave edge rushers a competitive advantage to try different things to improve their effectiveness. Mentioned Myles Garrett by name.
• A balanced attack allows the offensive lineman to be the aggressor. In the process Al threw some shade on Juju Smith-Schuster (see Tweet below)
• Free agency was a process and a mystery
• Believes that there are labels given in the NFL. Some are first-round picks. Others are undrafted free agents. UDFA is the label Al believes he’s saddled with.
• No angst towards the Steelers. “Everybody makes business decisions”, driven by direction and the salary cap.
• Chance to play the Steelers was a motivator in his decision to come to Baltimore.
• One of his biggest surprises upon entering the country and the NFL – individualism. Said he was surprised how many individual awards are given to those playing a team game.

Alejandro Villanueva talks about his journey from the military to football: pic.twitter.com/JuYHG5nDec

“There are certain players in the NFL that inspire you to get the best out of you, because you see how rare the talent is…

I don’t think there’s a doubt in anyone’s minds that when you see @Lj_era8 play, you want to do everything for him, protect him.” pic.twitter.com/Nb1M9Gq9xR

“I’m assuming it’s not as fun for the wide receivers, because they’re not getting all of the catches, they’re making the TikToks and they’re having fun on their social media” pic.twitter.com/0nMxcqD42D