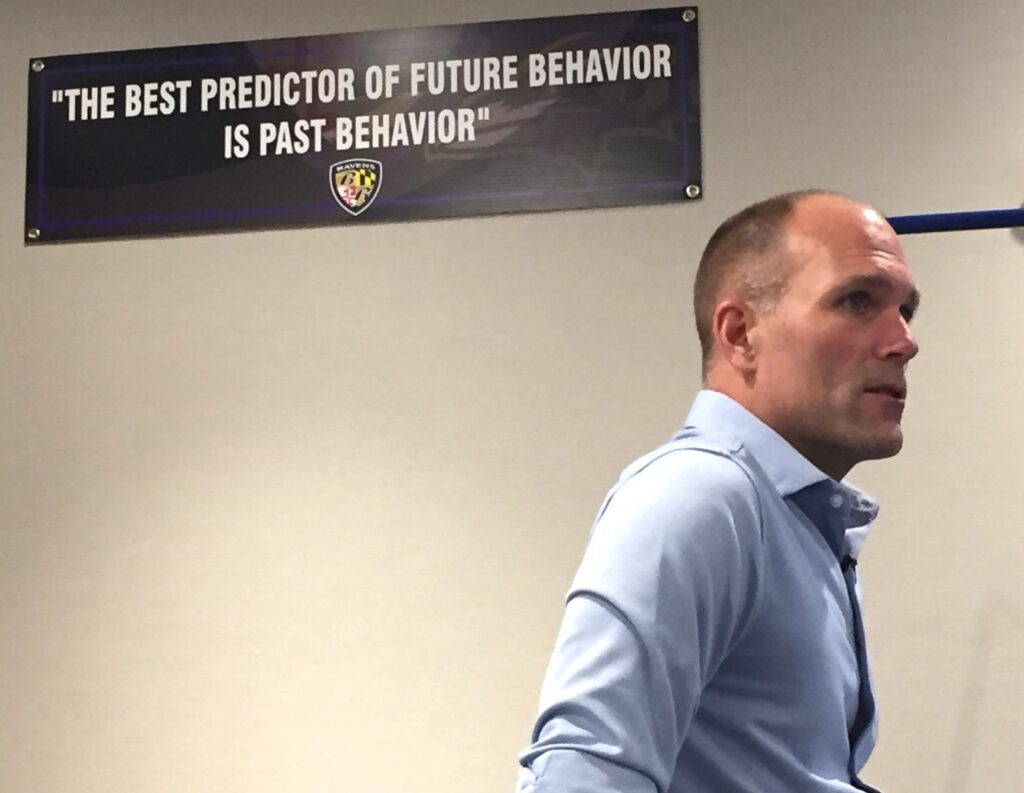 The Ravens have talked about revolutionizing the NFL with their style of offense.

They’ve certainly achieved that goal with the record-setting running attack, which has kept them in the top third of the league in scoring.

Now, John Harbaugh and his assistant coaches are determined to develop more balance with a passing attack that has ranked at the bottom of the league.

General manager Eric DeCosta has provided quarterback Lamar Jackson with several new weapons and a revamped offensive that should be more adept at pass-blocking.

“I don’t think there’s a lot that we have to do from an infrastructure standpoint,” Roman said. “There are definitely some things that we’re doing, right now to evolve, and there are definitely some things people are going to see from us that they haven’t seen before. Our staff is working really hard and diligently on that for this upcoming season.

“Schematically-wise, though, we’re always going to change a little bit, and I’d probably say more so this year than we did last year.”

DeCosta signed Sammy Watkins in free agency to have another experienced playmaker in the wide receivers’ room. He also selected Rashod Bateman and Tylan Wallace in this year’s NFL draft.

In addition to those three players, Marquise Brown, Miles Boykin, Devin Duvernay and James Proche will also be competing for targets.

There was a method to the madness of having seven players likely trying to earn one of six roster spots for wide receivers.

“We’re very happy the way it played out,” DeCosta said. “We’re excited. But I also want to say that we feel really, really good about the guys that are already on the campus. Those guys are going to compete, they’re good players, [and] they’re going to help us win a lot of games. All we’ve done really is just kind of stack the deck and create a lot of competition.”

DeCosta has also put together a formidable offensive line that is stocked with power.

Bradley Bozeman (6-5, 325  pounds) will make the natural transition from left guard to center, a position he played at Alabama. And Ronnie Stanley (6-6, 315 pounds)  is expected to recover from his season-ending ankle injury and maintain his position at left tackle, which precipitated the trade of Orlando Brown Jr. to Kansas City.

DeCosta is confident a revamped offensive line will help take the passing attack to the next level.

“But pass protection is going to be a factor. I think that having an OTA this year, if we can, more practice time would be a big thing. We’ve got some young receivers that would benefit from more practice time, and OTAs, and an offseason. We’ll look at the personnel as well. There are a lot of different ways that we can do that.”

The Cleveland Browns are once again getting most of the attention this offseason, and some analysts predict they have the best chance to dethrone the Chiefs in the AFC.

And once again, the Ravens will have something to say about that when the season kicks off in September.