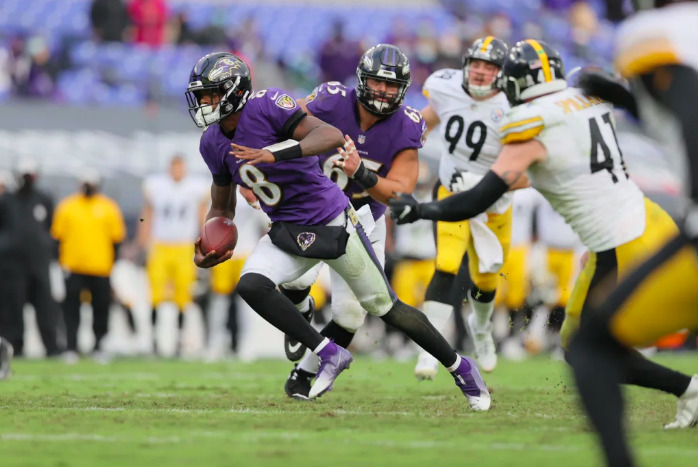 Ravens to Play Five Primetime Games, Including Three at Home;

During the NFL’s 2021 regular season, the Baltimore Ravens are scheduled to play five primetime games, including three at M&T Bank Stadium and two on the road. The Ravens will also play three (at Las Vegas in Week 1, at Detroit in Week 3 and at Denver in Week 4) of their first four games on the road.

“Like many Ravens fans, we’re fired up to see the NFL schedule, which always provides excitement as we begin to chase the goals we’ve set as a team,” head coach John Harbaugh stated. “We look forward to welcoming our outstanding fans back to M&T Bank Stadium this season. Their enthusiasm for football will help us lock in as we prepare to play at Las Vegas in Week 1.” 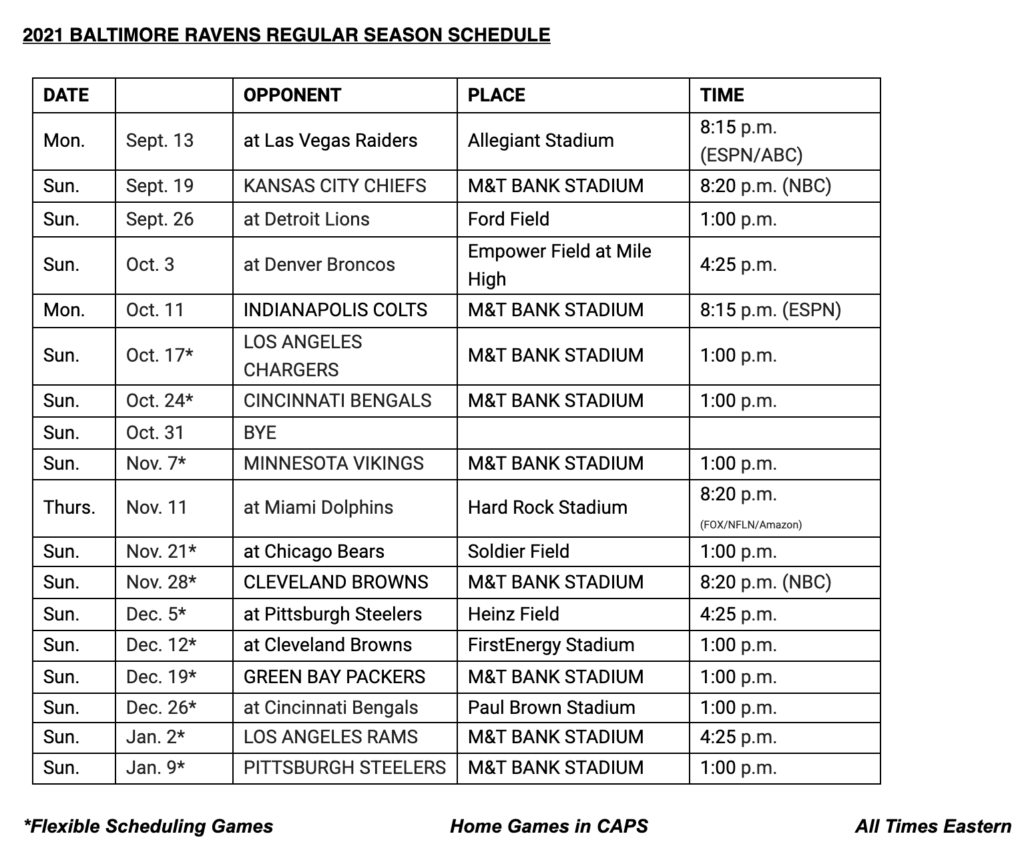