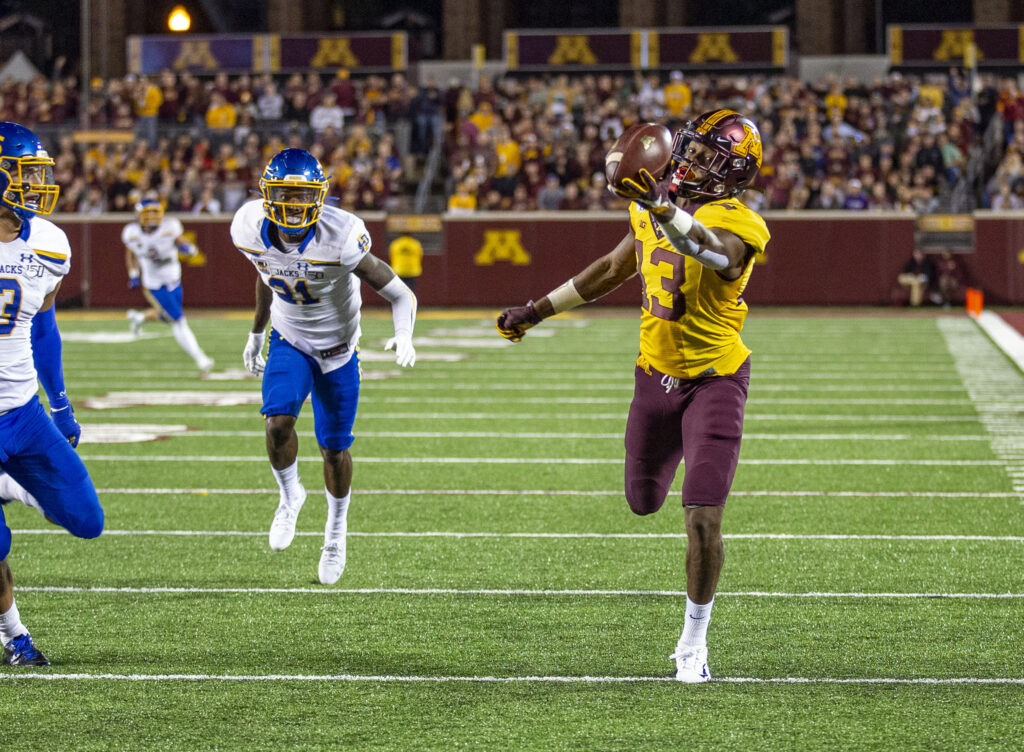 The Ravens like to keep teams off-balance by moving players around to create matchup challenges.

The addition of rookie wide receivers Rashod Bateman and Tylan Wallace provide quarterback Lamar Jackson with a pair of playmakers that can line up inside or outside and get behind a secondary.

Both players are looking forward to helping the offense in various ways.

“I feel like I’m an all-around receiver,” Bateman said. “I proved that I can play on the inside, I can play in the slot. At the same time, I just want to be what’s best for him [and] what’s best for the team. So, whatever position that may be, I’m just happy to fill that role.”

Baltimore offensive coordinator Greg Roman is surely looking at ways to utilize Bateman’s speed, adept route running and toughness to boost a passing attack that ranked last in the NFL last season in yards per game and attempts.

Bateman’s ability to thrive in multiple spots made him a perfect fit with the 27th overall selection in this year’s NFL draft.

He caught at least one pass in all 31 games he appeared in and had 147 receptions for 2,395 yards and 19 touchdowns — fifth in Minnesota school history. He also recorded ten 100‐yard receiving games — fourth in school history.

“I think to categorize him as an X, or a Z, or an inside receiver, or an outside receiver is a bit shortsighted,” Roman said. “So, we’re going to teach the system. He’s going to be able to play inside and out for us. I think his productivity since he got to college has been, and really, in high school as well.

“He’s been productive every single year he’s played. He’s been reliable, available, healthy and pretty vibrant when you really look at the production he’s had. He really does a lot of things well, and that’s hard to find.”

Wallace, 5-foot-11, 195 pounds, is a bit of a sleeper and could have been a steal in the fourth round. He is a physical player that led the Big 12 with 922 yards receiving in 2020. He also led the conference with 5.9 receptions per game and 92.2 receiving yards per game, earning All-American honors from both the AFCA and Walter Camp teams.

“Tylan Wallace, just too good of a player for us not to take him,” DeCosta said. “He’s a very talented receiver who we saw at the Senior Bowl and quite a bit this fall.”

Wallace tore his ACL in 2019 and the injury might have dampened his draft status. However, he was not hampered by injury last season and he’s a player to watch when training camp opens in late July.