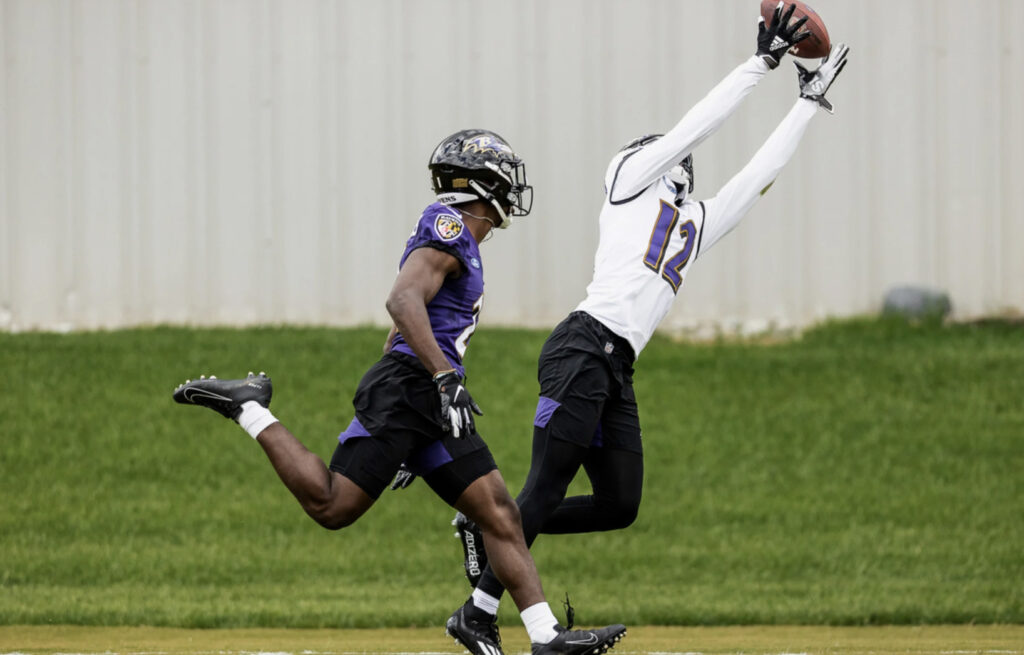 High-flying, aggressive offenses, stingy defensive squads who play the field-position game, complementary outfits that can… what kind of monster would want to skin a cat? My God, why is this even a phrase?

Regardless, competent NFL franchises typically do a nice job of coordinating between coaching staffs and personnel departments to identify the type of team they are trying to build, and marrying that philosophy with players who can best suit those systems. The elite teams, however, are often the ones who can build rosters and schemes able to adjust and morph to the myriad conditions that every team finds themselves facing throughout a season, and pull out wins when things don’t exactly go according to plan.

I believe this is exactly what the Ravens are trying to do this offseason while constructing their 2021 edition.

Since Lamar Jackson took hold of the keys to the Ravens offense, the team has been a juggernaut when able to play, well, the game they are built to play. When the offense can run inside and out, they can create favorable angles in the passing game and when they are clicking at high-end efficiency as an offensive unit, a defense designed to play suffocating man coverage and create hurried confusion with a hyper-aggressive pressure package can absolutely destroy teams. They look like a squad perfectly capable of being bathed in a shower of confetti at the end of the season.

However, we’ve seen this team struggle to adapt on offense when opponents are able to throw a wrench in that formula. Be it scheme, personnel, panic… we’ve all heard, read and jumped into the debates, and know them well. The Ravens of the past several seasons have not been able to switch gears, whether it’s an inability to stop a running game when they haven’t forced teams to become one-dimensional, or a competency to spread things out offensively and target all areas of the field to exploit defensive weaknesses or vulnerabilities.

The Ravens are hoping to give a jolt to their passing offense through the additions of receivers Sammy Watkins, Rashod Bateman and Tylan Wallace. That’s all well and good, and they add new tools to the team’s collective toolbox. It makes sense that Jackson should have more open receivers available to him simply through upgraded personnel. But the team is also seemingly recognizing structural weaknesses in the passing attack by adding Tee Martin and Keith Williams to the passing game coaching collaboration.

[Related: Some of NFL’s Best WRs Have Studied Under New Ravens Coaches]

Fresh eyes, improved weaponry and enough tape on previous passing-game failures — hopefully combined with the continued growth of Jackson’s passing consistency — should see them be more prepared to tackle those two-touchdown deficits that inevitably happen to football teams, as well as provide more options in every-down circumstances throughout any individual game or possession.

Wouldn’t it be nice to see the Ravens surprise an opposing defense by coming out on first down with four receivers in the first quarter, or putting out two tight ends and three receivers or one tight end, two backs and a partridge in a pear tree… But I digress.

The offense appears to be building a unit that offers flexibility and reduces predictability. When playing NFL defenses, helmed by NFL coaches, predictability can lead to failure. Too often, in the most-important of moments and games, the Ravens have been exposed and defeated by solid schematic presentations or physical mismatches. Some of those most notable mismatches have occurred at the line of scrimmage, particularly on the interior of the offensive line.

The Ravens seem to be moving forward with an interior featuring Kraken-sized Ben Cleveland at left guard, Bradley Bozeman at center and Kevin Zeitler at right guard. Certainly that could change as the team gets a closer eye on the position battles throughout the offseason, but that would seemingly present a whole lot of humanity to get through for opposing defenses who hope to disrupt the Ravens vaunted rushing attack and to move Jackson into edge rushers on passing downs. Add in the expected returns of Ronnie Stanley and Nick Boyle and the Ravens should — SHOULD — be better prepared to allow their offensive playmakers to, well, make plays.

All kinds of plays. On all kinds of downs-and-distances. Again, this can’t just be about trying to field a team that can come back from two-touchdown deficits. It’s about creating headaches. It’s about being able to either press the issue through mismatches or exhausting defenses’ abilities to match up from series to series, or down to down.

On defense, we’ve seen coordinator Wink Martindale’s ability to create headaches for offenses through swapping corners in and to create different challenges for receivers, dropping big men into passing lanes to take away “sure things” and using a variety of stunts and blitzes to just generally create confusion. They added rookie edges Odafe Oweh and Daelin Hayes — not strictly for their pass-rushing skills, but also because they have both proven to be effective run-defenders. That makes them less predictable, and adds to Martindale’s ability to dial up packages that cause uncertainty.

In the NFL, uncertainty kills.

We’ll see how these additions turn out when the action actually starts, but the Ravens appear to be rebuilding things a bit on the fly — and giving themselves more options in the process.