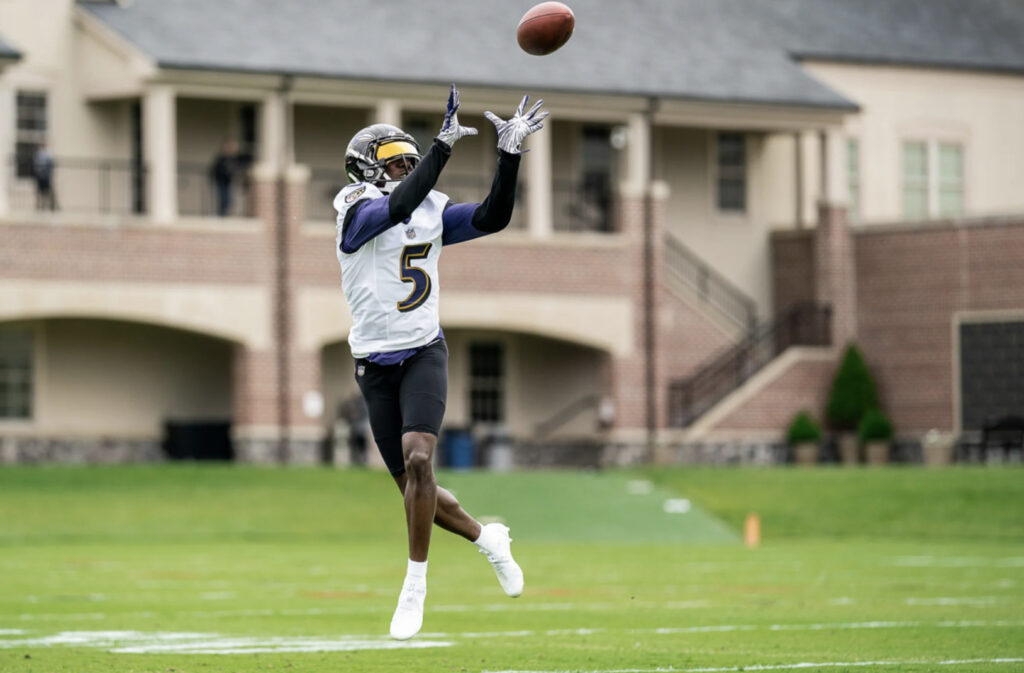 Lamar Jackson was among about 80 players that showed up for the Ravens’ first OTAs this week.

Jackson was sharp most of the day, throwing the ball in the middle of the field and outside the numbers. His favorite target was Hollywood Brown, who made several leaping grabs and ran past the secondary several times.

Miles Boykin also stood out with some over-the-shoulder receptions, displaying some added bulk from when we last saw him.

Jackson said after practice that he spoke with GM Eric DeCosta about a new deal but there is nothing new to report. “I would love to be here forever. I love Baltimore,” Jackson said. “I love the whole organization. I love everybody in the building. Hopefully, we’ll be making something happen pretty soon whenever.”

Bradley Bozeman took the snaps at center, and it appears he’ll make the transition from left guard. Bozeman looked confident and did not have any errant snaps.

James Proche and Devin Duvernay handled punts, including a drill where they dropped the ball they were carrying and caught the ball coming at them in the air. Duvernay and Proche also made several catches during team drills.

Rookie first-round pick Rashod Bateman left the field for about 40 minutes during practice and returned later but did not practice. Rookie fourth-round pick Tylan Wallace did a solid job fielding punts and caught a couple of passes over the middle of the field.

Tight end Josh Oliver ran with the first team and had a couple of deft grabs in traffic. Fellow tight end Eli Wolf was also solid with several nice receptions.

Nick Boyle, who is recovering from a season-ending knee injury, was in a t-shirt, and John Harbaugh said he’ll probably hold him out of the OTAs so that Boyle can be ready for training camp.