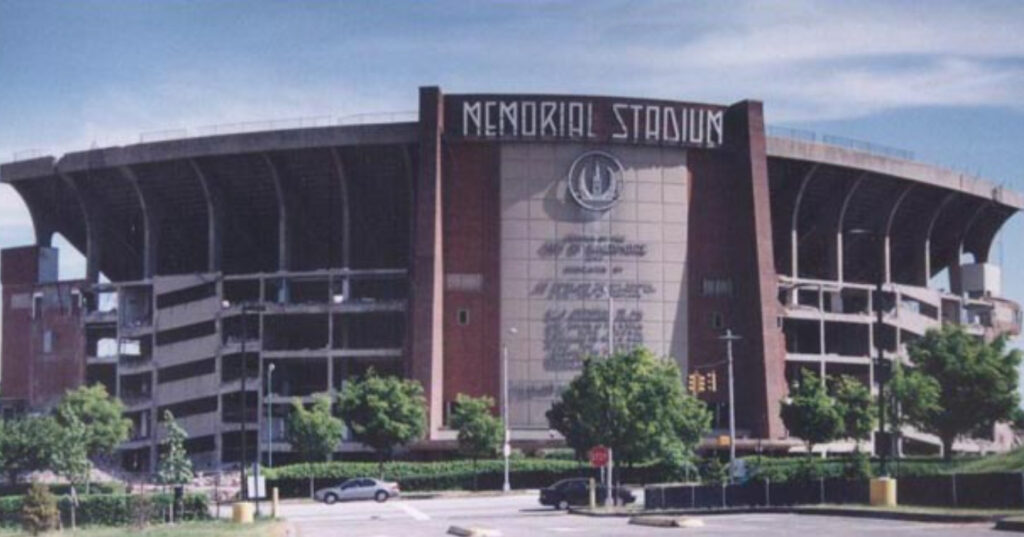 Today is one during which we remember those who served.  This piece was originally posted on May 24, 2007. We’ve updated it a bit to include an incredibly heartfelt memory of Ravens tackle Alejandro Villanueva while he was a member of the Steelers. The article was inspired by memories of old Memorial Stadium and the men of honor that it represented. ~ Tony Lombardi

Just the other day I veered off I-95 to pick up I-395 heading towards downtown Baltimore. Emerging from the twilight just to my left standing boldly and proudly with flickering lights all around was the quiet purple temple that we know as The Bank – M&T Bank Stadium.

As I glanced to my left a few times and then stared through the windshield, memories raced through my mind. The roar of the crowd, the battle cry: “Will You Protect This House”, the thrilling victories, the agonizing defeats, the many tailgate parties, the laughter and the smiling faces.

Not only have the Ravens given us an outlet for our collective sanity (some might say insanity), their presence here in Baltimore has inspired heartfelt civic and humanitarian efforts to help the needy and philanthropic deeds that have affected and changed lives for the better.

And then of course there are the friendships that have evolved as a result of a shared passion.

The return of the NFL couldn’t have come at a better time. The Ravens have helped to soften the blow of the Orioles ongoing struggles – a team that has gone 857-970 (.469 winning percentage) since Art Modell’s arrival.

And who could ever forget the groundswell of civic pride triggered by that Super Bowl XXXV victory.

My thoughts continued down memory lane…

The earliest recollection I have of the NFL is Super Bowl III. We all know what happened then. I remember Super Bowl V and the tipped pass and Jim O’Brien’s field goal. I imitated his victory leap in our living room over and over to my Dad’s delight.

I didn’t have a chance to go to too many games as a youth. Most of those that I did attend came courtesy of my grandfather who had some little scam going on with one of the ushers. He’d slide the usher a few bucks and the usher would hand over a couple of ticket stubs which essentially earned us the right to stand behind the last row in the mezzanine level. Maybe you remember those pale yellow seats at Memorial Stadium.

It saddens me today to drive down 33rd Street and not see it standing proudly along the edge of Waverly. I remember its marquis that served as a memorial to our country’s veterans. I recall as a youngster how awe inspiring that was. It felt like I was paying my respects to a general. It’s a shame that they didn’t preserve that stadium in a more relevant and public way. I guess that’s the collateral of progress.

Yet the memories survive. 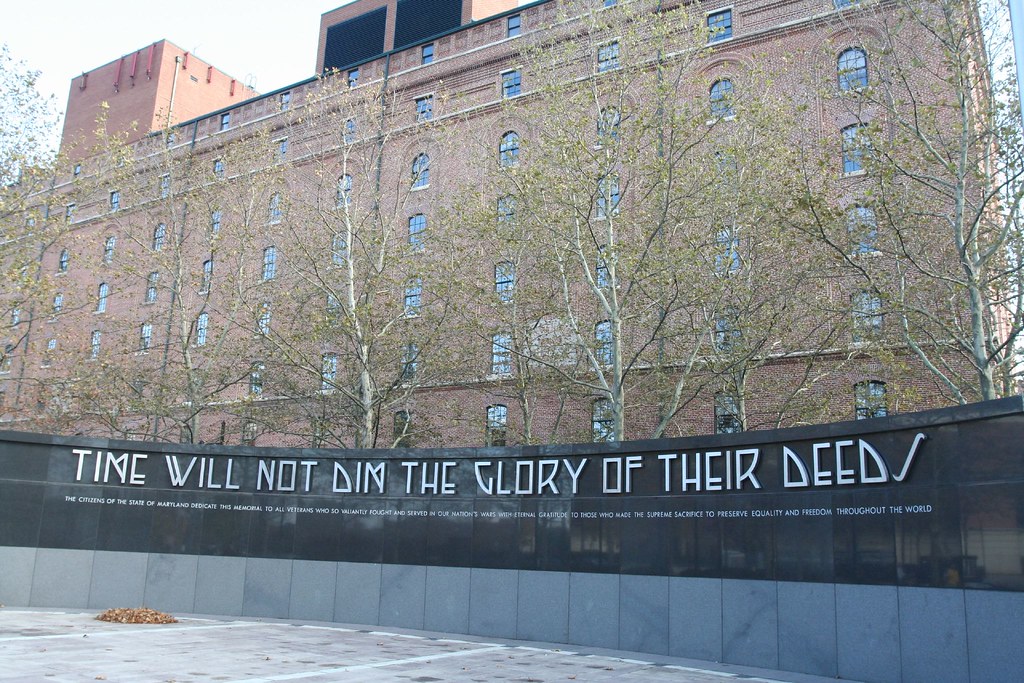 This weekend we’ll all take our own little trips down memory lane and reminisce. Each of us I’m sure has some lineage to a war veteran and it is those veterans who fought and in many cases sacrificed their lives to preserve our freedoms.

It’s their courage that enables us to enjoy that which we so often take for granted.

Our ability to embrace the Ravens, embrace our country or embrace each other we owe to a Few Good Men, soldiers of the USA.

During your long weekend of parties, beaches, sunshine and backyard BBQs, take a quiet moment to remember, to appreciate your rights and good fortune and to say thank you to those that served and those still serving.

It’s the least we can do and after watching this message from Alejandro Villanueva I hope you feel compelled to do exactly that.

Time will not dim the glory of their deeds…