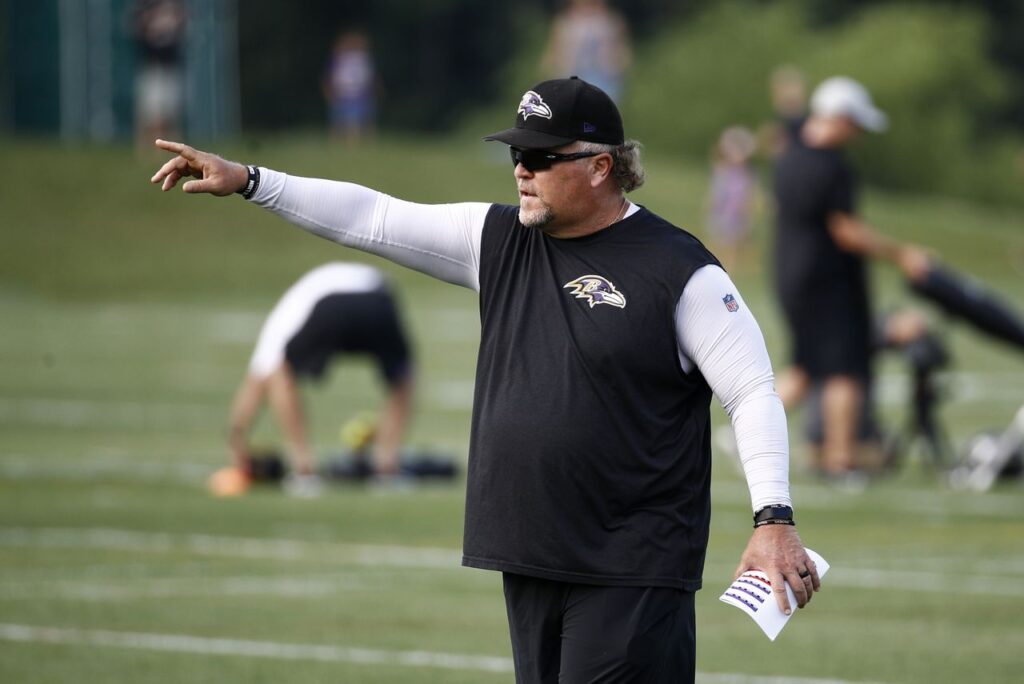 The Ravens don’t exactly follow the standard formula in terms of how they operate their defense. Or, for that matter, their offense.

In fact, a look at the way the team operates on both sides of the ball shows that they are less-dependent on the schematic and structural norms practiced around the league, as much as they appear to embrace angles, leverage, substitution packages and the general presentation of looks that most teams don’t prepare for on a week-to-week basis.

The old term goes, “When other teams zig, we zag.” Well, the Ravens appear to ziggly-boo-bee-bop when teams zig, creating headaches for opposing coordinators, and causing my spell-check to empty out my bank account and sign up for a bunch of spam notifiers in retaliation for creating “ziggly-boo-bee-bop” in the first place.

The Ravens simply don’t typically operate a defense under coordinator Don “Wink” Martindale that places a huge emphasis on utilizing multiple zone packages in the back end to force quarterbacks to hold the ball longer and allow their two hand-in-the-dirt edge rushers to get upfield and create havoc. I mean, yeah, they do that sometimes.

But they also like to man-up outside, drop their edges into coverage or have them protect against outside runs while targeting penetration from blitzing slot corners, off-ball linebackers or — fairly frequently compared to conventional wisdom — blitzing outside corners. The goal, as Martindale has tried to hammer home on more than one occasion, is not to generate sacks as much as it is to create mayhem and madness for quarterbacks who have very little time to process things going on around them once the ball is snapped.

Part of this, in my all-too-often wrong opinion, is due to a combination of how well-prepared teams are now in terms of scouting their opponents and being able to make pre-snap reads. Another big part is personnel.

The Ravens have excellent corners who can make life miserable for opposing pass offenses. By shuffling in and out players in that front seven who bring a ton of tools and skills to the workplace (think Tyus Bowser, Odafe Oweh, Daelin Hayes, Calais Campbell, Pernell McPhee, etc.), the Ravens can serve up a number of looks before the snap, only to change once the ball is snapped.

Yes, it is similar to disguising packages in the back end like many teams do, but it’s largely within a few yards of the line where this hocus-pocus takes place. As we said earlier, these teams and quarterbacks are smart. Given time, they will figure out what these exotic back-end coverages are doing by keying in on one or two players.

But note that “given time” part of the sentence.

Rushing a quarterback or causing him to change his intended “launch point” can throw everything into disarray right off the snap. Yes, the great quarterbacks are gifted at exploiting holes in defenses created by blitzes — just watch what Patrick Mahomes did to then-rookie linebacker Patrick Queen in last year’s match-up. But it’s not an easy trick for most, especially if they aren’t also paired with an offensive mind like Andy Reid to help prepare for those blitzes.

With another year of experience under his belt, Queen should be expected to see improvement in his reads and responsibilities. Tight ends and linebackers are notorious for having tough welcome-to-the-league seasons, and another year of guidance from Martindale and the coaches should make them less vulnerable in the middle of the field. A return to health by Tavon Young in the slot could add some improvement there, as well, along with Young’s ability to blitz. The hope is rookie Shaun Wade can fulfill some of those duties, as well.

Ravens fans should not go into this season realistically expecting double-digit sack totals from their edge guys — they simply have more responsibilities than just “hunting quarterbacks.” But getting five-plus from, say, Bowser, Calais Campbell and Oweh, along with three-plus from Queen, Malik Harrison and Jaylon Ferguson… well, now you’re talking.

According to ESPN, the Ravens notched 39 sacks last year, which is two more than they did in 2019, and placed them 14th in the league in that category — squarely in middle-class territory. But the team was sixth in the league in passing yards allowed, and seventh in passer rating against. They were second in the league in fewest points allowed, at 18.9 per game. None of those numbers are anywhere near middle class. They are firmly in the penthouse.

How did that low-sack-low-yield defense perform in the playoffs? Well, the Ravens faced off against two prodigious offenses in Tennessee and Buffalo, both on the road, and gave up a combined 23 points (not including the pick-six by Buffalo) on only three sacks. 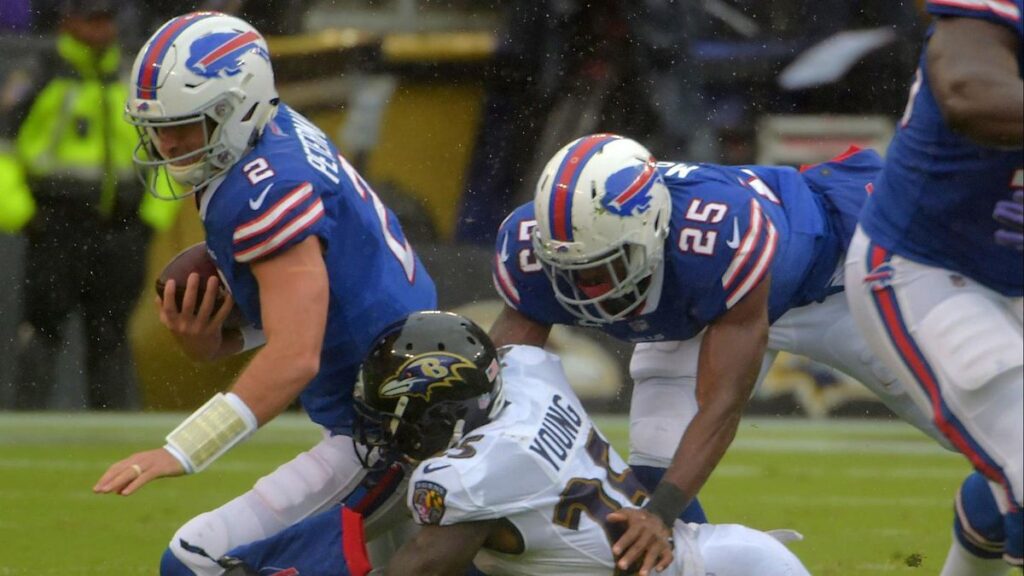 Sure, the Ravens — and their fans — would never say no to more sacks. They can stop drives, help with field possession and create fumbles, so who wouldn’t want more sacks?

But a deeper dive into the numbers clearly suggests the Ravens can be just fine with their current system, and Martindale is a wizard at generating pressure from all angles. The Ravens will generate heat on opposing quarterbacks this season, and cause mistakes to be made, albeit it in an unconventional manner.

And that works, too.