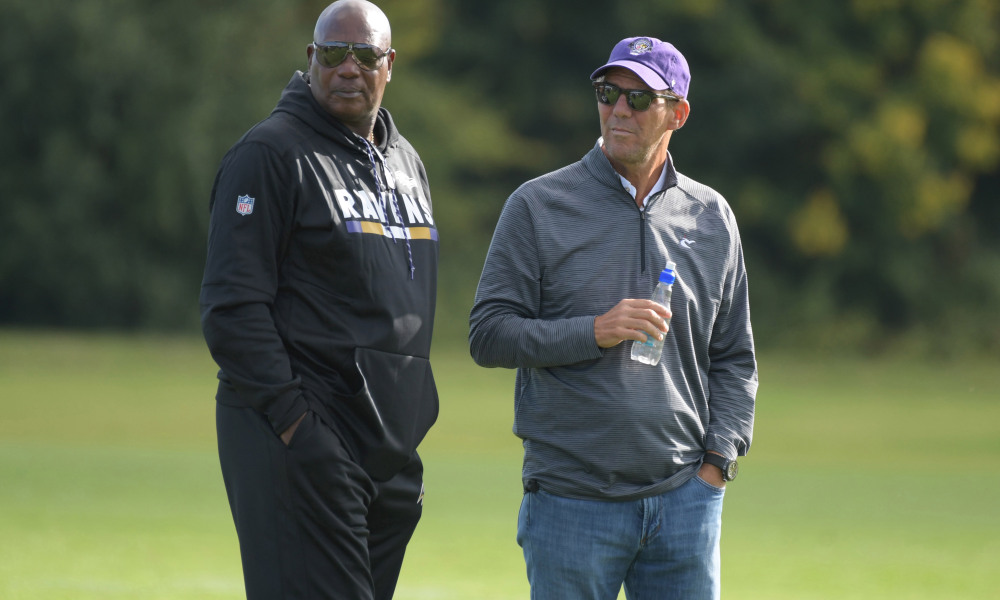 Baltimore Ravens owner Steve Bisciotti and his wife, Renee, will honor Ozzie Newsome – the Ravens’ longtime personnel executive and Pro Football Hall of Famer – by making a $4 million gift in his name to Maryland’s Historically Black Colleges and Universities (HBCUs).

Through The Stephen and Renee Bisciotti Foundation, the $4 million donation will create the Ozzie Newsome Scholars Program, which will fund scholarships for Baltimore City Public Schools graduates who attend an HBCU in Maryland.

Each spring, each of the four HBCUs will select five City Schools’ graduates as Ozzie Newsome Scholars for its incoming freshman class.

“The brilliance of Ozzie Newsome extends far beyond his accolades as a player and executive,” Bisciotti stated. “Throughout his entire life, Ozzie has inspired and uplifted everyone around him with his leadership, humility and determination. We hope that Ozzie’s example will inspire each of the Newsome scholars.”

Beginning with the 2022-23 school year, 20 new freshmen scholars will be selected every year for four years, producing a total of 80 Ozzie Newsome Scholars throughout the course of the program.

Through CollegeBound, the scholars will be guided by a college completion advisor, work with a peer mentor (an upperclassman on campus at the HBCU) and join other Baltimore City Public Schools graduates in an overnight “transition to college workshop.” The scholars will also partake in three annual skill-building seminars.

“We embrace the responsibility of discovering ways to strengthen educational opportunities for the youth of Baltimore City,” Bisciotti stated. “Any positive impact that can be made to help students – especially in the pursuit of a college education and their career goals – only strengthens our community as a whole. The Ozzie Newsome Scholars Program has the added benefit of providing scholarship funds for Maryland’s four HBCUs, which have served Maryland and Baltimore City so well for many years.”

“I am humbled and honored that Steve and Renee Bisciotti chose to associate my name with this tremendously important scholarship. This program will give many local graduates the ability to continue their education, and in turn will equip them with the necessary tools to make meaningful impact in the Baltimore community and beyond. These students will further their education through Maryland’s Historically Black Colleges and Universities, which is especially meaningful to me. I look forward to watching the progress made through this scholarship program.”