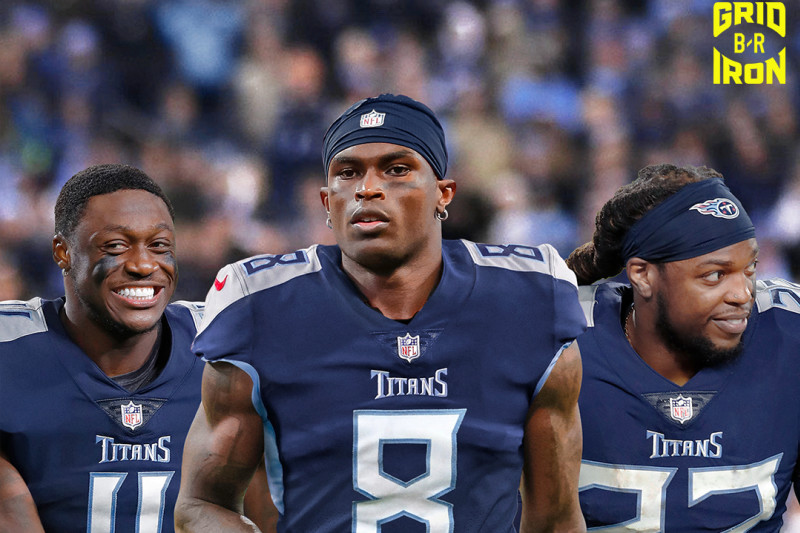 At long last, after months of whispers and rumors, the Julio Jones trade saga is over. The former Falcons receiver will make his way to Tennessee, joining A.J. Brown and Derrick Henry to form one of the most talented offensive trios in the league.

Jones had long been linked to the Ravens because of their need for top receiving talent to give Lamar Jackson more weapons. Jones would have been the prototypical ‘X’ receiver who could consistently win on the outside that the Ravens have lacked for so long.

With two third round picks, two fourth round picks and potentially two fifth round picks in the 2022 draft, the Ravens certainly had the draft capital to pull off a move for Jones. So why didn’t they?

The first answer is Jones’ $15.3 million cap hit. The Titans agreed to take on Jones’ entire salary for the 2021 season, a condition the Ravens could have reluctantly accommodated with a few restructured contracts for Messrs. Stanley, Humphrey, Tucker and Clark. But the Ravens also must be mindful of the upcoming contracts for Lamar Jackson and Mark Andrews. The added cap burden of taking on Jones’ contract coupled with the significant investment of draft capital in the position, was probably enough to convince Eric DeCosta to “fold ‘em” at the bargaining table during the Julio Jones sweepstakes.

Secondly, the Ravens wide receiver room has been completely retooled – one that the Ravens coaching staff is happy with given the offseason additions of Sammy Watkins and Rashod Bateman, not to mention WR coach Tee Martin and passing game specialist Keith Williams. Bateman in particular has received rave reviews on his performance in rookie training camp and OTAs, suggesting that the Ravens have found the outside receiver they’ve been looking for. Watkins has long been a starting caliber wideout and Marquise Brown will likely get more snaps in the slot, where his speed and elusiveness can be fully weaponized. With youth on their side, the Ravens WR corps is likely to get better as the season goes on.

Don’t get me wrong, I would have loved to have Julio Jones join the Ravens. He’s a proven superstar at WR that would have been a great fit in Baltimore. Beyond his receiving skills, he gives his all on every play – just look at his highlight reel of breaking up interceptions or tracking down defensive backs to prevent pick sixes. He’s also a great run-blocker, a key skill for any Ravens wideout.

But the Ravens don’t need Jones. They’re still going to have a top tier offense next season, and a full offseason and upgrades at OL and WR are sure to improve the passing game.

It’s honestly reassuring that the Ravens did not move heaven and earth to get Jones. It means that the team is confident in their WR room as-is, despite its relative youth and inexperience. As RSR’s own Dev Panchwagh pointed out, rookie wide receivers have shown that they can produce in their first season.

Only time will tell if the Ravens should have gone all-in on Jones. But the Ravens have never treated the acquisition of one player as an end-all, be-all for the franchise, a strategy that has always served them well.

To sum up my perspective on the Ravens’ current WR room, I’ll quote former Orioles manager Buck Showalter: I like our guys.