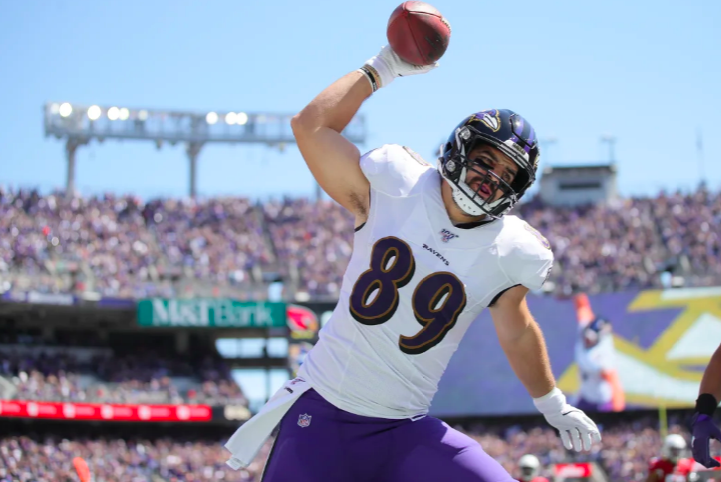 Ravens tight end Mark Andrews has been one of the team’s most productive players since being taken in the third round of the 2018 draft.

When former first-round pick Hayden Hurst suffered an injury during his rookie training camp, Andrews took full advantage of the opportunity and took over the starting job.

Andrews is a free agent after this season and has said he wants to remain in Baltimore. The Ravens, however, still must negotiate a contract extension with quarterback Lamar Jackson, which is expected to cost the team about $40 million annually.

Will there be enough money to pay Andrews?

He certainly hopes so.

“I think for me, how I approach every offseason is I just try to get better and better,” Andrews said. I try not to worry about the things that are not in my control. I love Baltimore. I love being here. I love playing here. I want to be here for the rest of my life, man. This is home for me. So, that’s where I’m at. I’m just going to, as a player, be the best player that I can be for this team. I know as a team that we all have a certain goal.”

Andrews has stayed relatively healthy throughout his career, playing in 16 (2018), 15 (2019) and 14 (2020) games over three seasons.  He has practiced in this year’s voluntary workouts and looks primed for another solid season.

“He looks really good,” Ravens coach John Harbaugh said about Andrews. “He’s practiced very well. I told him, I really feel like he’s running routes the best that I’ve seen him run routes since he’s been here. [They’re] very crisp, very sharp and explosive and all of it. I’m just happy that he’s here. I think it’s an opportunity for us to improve as a team, and for each player to improve individually as a player, and he’s doing that.”

Last season, Andrews had a team-high 58 receptions for 701 yards with seven touchdowns. He will earn a base salary of $920,000 this season before he can test the free-agent market.

The market for tight ends is mostly set with the recent deals.

Kittle is the highest-paid tight end at $15 million per season, followed by Kelce at $14.3 million annually.

Andrews could be looking for a deal in that range.

But can the Ravens get it done?

“We all are moving in the same direction, and that’s really all that I’m worried about right now,” Andrews said. “You can’t worry about too much of the outside noise and what happens with that. I’m just going to let my play speak for itself. Obviously, I love Baltimore. I love being here, and I would love to be here for my whole life.”