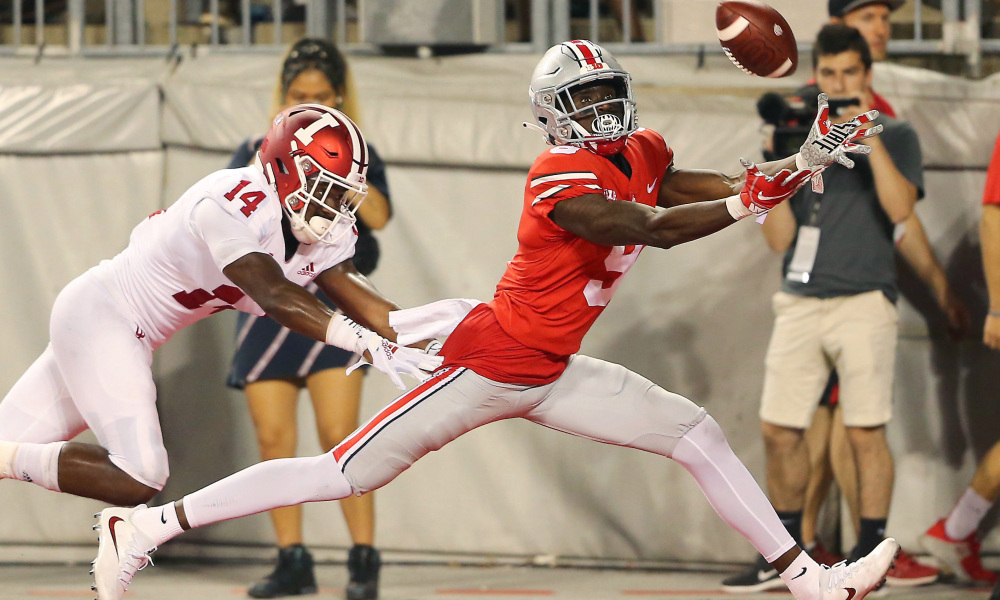 Full disclosure, I never heard of the guy, so I did a little digging. It turns out that Victor was an undrafted free agent out of Ohio State and in 2020 he signed with the New York Giants. Victor remained on Big Blue’s practice squad throughout the season but his contract terminated, eventually signing a reserve/futures contract with the Ravens in January of 2021.

In four seasons as a Buckeye, Victor played in 33 games where he hauled in 83 passes for 1,340 yards (16.1 YPC) and 18 touchdowns. So at least at the collegiate level, Victor possessed a knack to make big plays.

If this week is any indication, Victor is a ferocious competitor. He brings energy to the field and when he makes a play, his enthusiasm is on full display. It’s as if Victor wants to make sure that he’s remembered.

So, as you watch a relatively lowly regarded player impact these practices when more coveted players like Devin Duvernay or Tylan Wallace do not, you can’t help but to question the scouting process or perhaps the politics of football. Might a player like Victor not get the same consideration as DD or Wallace due to the draft capital invested in each? Might he not get the same number and quality of reps for the very same reason?

I can say unequivocally that if Duvernay, Wallace or first-round pick Rashod Bateman had made the plays that Victor made this week, it would be headline news. But when you’re labeled “camp fodder” the practice production is often dismissed.

In the past, we’ve seen players like Jeremy Butler and Justin Harper raise eyebrows during camp and the preseason. We wondered why they never played bigger roles with the Ravens. Perhaps some were even concerned that such players would surface on other NFL rosters and become the players we thought they might be in Baltimore.

Practices are deceptive. It’s true, the unheralded Victor may have beaten some Ravens vets in practice. But Victor is fighting for his career. His motor is in constant overdrive. His pedal is crushing the metal. He’s trying to survive while players like Marlon Humphrey and Marcus Peters are just getting in some work to prepare for training camp, to get ready for the grind of the coming season. The results can be misleading.

While watching Victor perform yesterday, I couldn’t help but think back to a player who flashed for the Giants back in 2010 – another Victor. Victor Cruz.

Cruz was an undrafted free agent out of UMass who signed with the Giants. In camp he wore No. 3 and I recall during a preseason game against the Jets he frustrated Gang Green’s head coach Rex Ryan, posting 6 catches for 145 yards and 3 TD’s. The Giants had no choice but to keep the UDFA on the final 53.

The odds are against a similar future for Binjimen Victor. It’s more likely that he’ll meet the same fate as Butler or Harper. Yet hope springs eternal.

But when reality creeps in and the odds catch up with Victor, and he becomes a former Raven, some fans may temporarily fret the move and wonder, “What if?”

Until then, it’s hard not to be impressed by the drive, enthusiasm, determination and those days in the sun for one Binjimen Victor.

Wherever his journey leads, I wish him well…