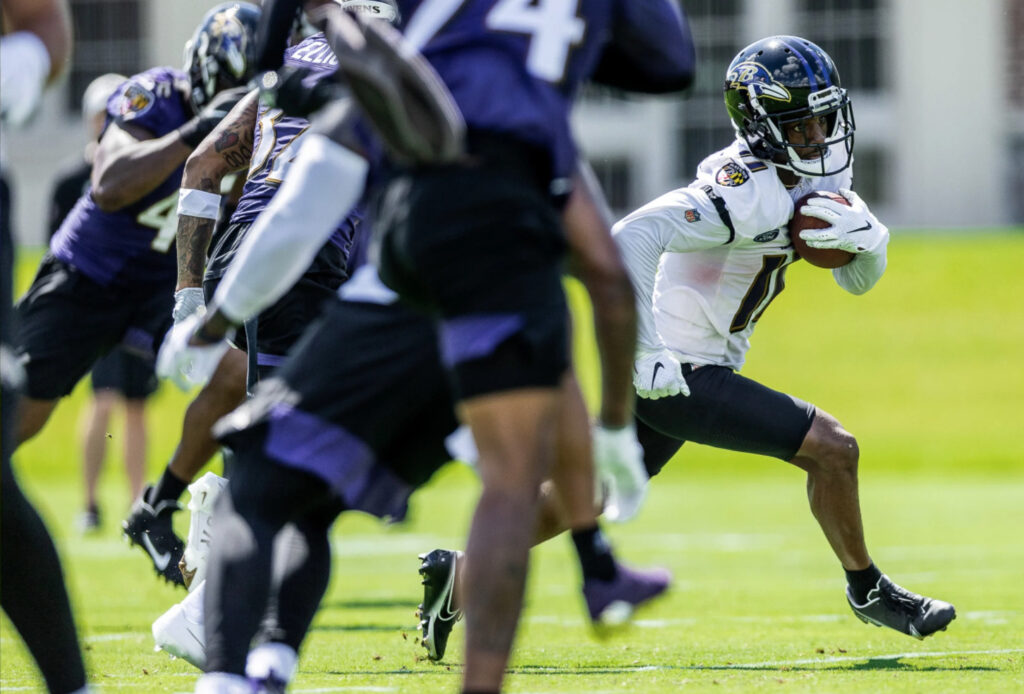 The wide receiver group is the subject of frequent discussion when it comes to the Baltimore Ravens. It’s been that way for many seasons primarily because the team has yet to draft and develop a Pro Bowl receiver. In fact, in the team’s 25 years of existence, not a single receiver, homegrown or free agent, has ever been nominated to the Pro Bowl. Jermaine Lewis was selected twice but both times for his skills as a return specialist.

Yet despite the daunting past, there is optimism about this season’s collection of talent at the position. Time will tell if the Ravens keep six or seven receivers. In July and August a few will do their very best to make it difficult for coaches to say goodbye to them.

It’s a given that three receivers will undoubtedly stick: Marquise Brown, Sammy Watkins and Rashod Bateman. It also seems a very safe bet that 2020 third-round pick Devin Duvernay and 2021 fourth-round pick Tylan Wallace will be part of the 53-man squad. That leaves one, possibly two spots for Miles Boykin and James Proche.

The two have nearly opposite skill sets. Boykin is a long strider who can potentially be a contested catch winner and a red zone target. He’s also an accomplished blocker in support of the running game. Proche is quicker than he is fast, with top end change of direction skills that allow him to create separation in short spaces. He also has excellent hands and solid football instincts. If you need proof take a look at his college highlight reel below.

Typically, receivers like Boykin and Proche who are further down the food chain must contribute on special teams, and while they fill different roles, both Boykin and Proche deliver for ST coordinator Chris Horton. The question is, “Are their special teams contributions replaceable?” Boykin’s 2 special teams tackles in 2020 would not be missed. Proche’s punt return sure-handedness might be a bit more challenging to reallocate but his punt return stats (8.6 YPA) are fairly average and Duvernay has been taking many reps as a punt returner and could add that responsibility to his return duties.

Boykin is a 2019 third-round pick, Proche a 2020 6th-round pick. So, if the Ravens go with just six receivers the tall, lanky former Golden Domer might get the nod by virtue of the draft capital invested in him over the 5’11” former SMU Mustang who caught 111 passes his senior season in the AAC.

That’s not a misprint. One. Hundred. Eleven.

And there’s a reason for such high end production. Proche just knows how to get open. 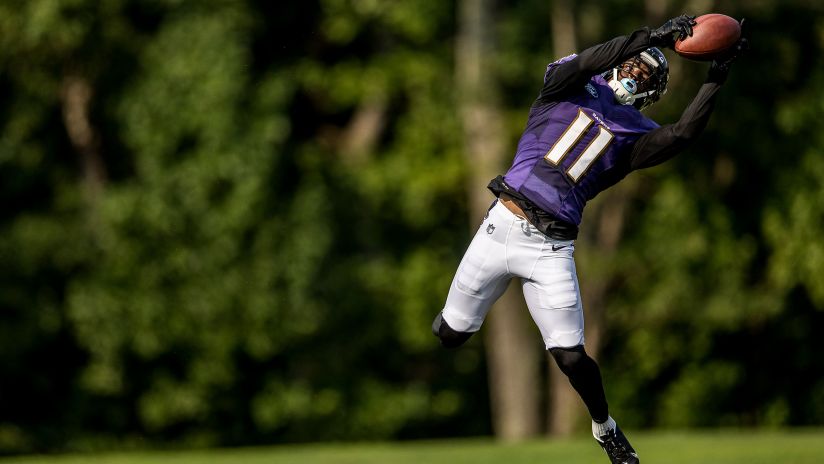 The second-year pass catcher is a prototypical slot receiver. He can give you those Julian Edelman short to intermediate competencies – a chain mover. His skill set amongst the Ravens receivers is complementary and unique if employed properly. What Boykin offers isn’t all that original and can easily be duplicated by one or a few of the others in the receiving corps. His skills as a blocker shouldn’t overshadow his failures as a pass catcher. There’s no reason why Watkins or Bateman or Duvernay can’t be the blocker that Boykin is.

If it comes down to six receivers and one of these two players have to go, Boykin would be my choice, invested draft capital be damned. Boykin could go elsewhere and pretty much be the player he is now. Proche on the other hand, put him in an offense with a quarterback who reads well, anticipates mismatches and gets the ball out quickly, and we could be looking at another Edelman, Wes Welker or Cole Beasley kind of player. And by the way, two of those players were undrafted while the third (Edelman) was a 7th round pick.

Did I mention that Proche had 111 catches in his senior season?

What about those 204 catches in his final 25 games as an SMU Mustang?