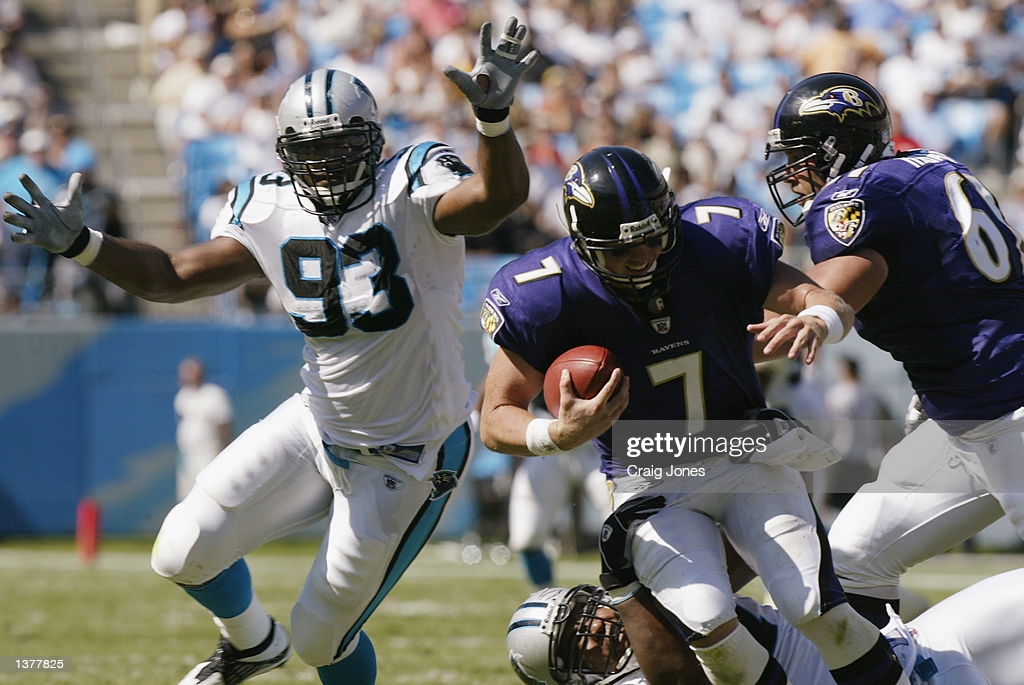 We are deep into the NFL’s “Dead Zone” – that time of year when the NFL calendar is quiet (hopefully). Quiet by design. And if pundits covering the league can’t flesh out news of off-the-field transgressions that hog TMZ headlines, they’ll toss out other debatable topics. For the Ravens and their fans, one of those topics is oftentimes the future of Lamar Jackson.

Respected publications might pick at the scab of bygone debates that Lamar is not much more than a running back playing quarterback. That his accuracy can’t improve and that the best defenses have him figured out. And of course, there’s the big zinger – that he isn’t built to beat the best teams in January.

Because his contract is an oft-repeated topic of discussion, Lamar is naturally compared to other quarterbacks and their respective contracts. Outside of a Lombardi, LJ’s career tracks favorable with Patrick Mahomes. His progress in the league is regularly compared to others in his draft class such as Baker Mayfield and Josh Allen. Fans take to social media to fan the flames of debate.

Scout’s Notebook: Lamar Jackson, John Harbaugh among QB-coach duos under most pressure in 2021 (via @BuckyBrooks)https://t.co/zdchx0chus pic.twitter.com/Ftzxuf2Al3

Each of these situations is different. And each quarterback brings his own unique set of skills and abilities. It’s up to the respective teams to do its best to surround those quarterbacks with players who best complement the signal caller’s talents in order to produce wins. Winning is the ultimate statistic.

The Ravens set out this offseason to improve their offensive line and the wide receiver room. They also sought help to expand their schematic approach in the passing game with the hiring of assistant coaches Tee Martin and Keith Williams. Now it’s time to mesh it all together with repetitions, developing chemistry and fine tuning.

At the end of the day, do we really care in June that Pro Football Focus doesn’t think too highly of Lamar and backfield teammate J.K. Dobbins or that Bucky Brooks’ hot takes are really a hot mess? Let’s let the disrespect morph into boulder-sized shoulder chips that propel the determination of each of these great talents.

I liked the Ravens selection of Tylan Wallace at WR with their fourth-round pick, number 131 overall. He is tough, a battler for contested throws and he’s physical after the catch. Each of these qualities are byproducts of a player who plays with swagger. And they are complementary talents to the other pass catcher who comprise the wide receiver corps. Wallace has been compared to the ferocious competitor, former Raven, Steve Smith, Sr. Unfortunately, during OTA’s, Tylan’s swagger was missing.

The transition of a receiver from the collegiate level to the pros is a challenging one. The speed, physicality, learning curve stemming from complex NFL schemes and pre-snap recognition skills, are key to the development of a receiver. These new responsibilities have a way of tempering one’s swagger. Receivers who are less certain of themselves as they traverse the curve, can stymie a player’s confidence. And in the case of Wallace, the feistiness for the time being is missing. The former OK State Cowboy was often aligned incorrectly, pre-snap, during 7 on 7 and 11 on 11 scrimmaging. Given the competition at the position for what could be just six spots, Wallace’s progress or lack thereof could determine whether he suffers a phantom season-ending injury. Stay tuned. Training camp and the preseason will tell us a lot.

Remember Chris Redman? The Ravens third-round pick in 2000, the 75th overall? Redman never amounted to much in Baltimore. He didn’t survive in Charm City despite the team’s need for QB talent. Redman lasted just 4 seasons in the purple and black, starting just 6 games, threw 7 TD’s against 5 picks and produced a passer rating of 71.3. He’s also known for falling out of a tree stand while hunting during the season, a mishap that sent the former Johnny Unitas Golden Arm Award winner from Louisville straight into head coach Brian Billick’s doghouse.

To his credit, Redman managed to stay in the league for 8 seasons, wrapping up his career with four seasons in Atlanta between 2007-2011. His career took an unexpected detour in 2004, with a couple stops for coffee in New England and Nashville before a landing a gig behind center for the Arena Football League’s Austin Wranglers.

Some folks might be familiar with the story that ties Redman to one of the league’s all-time greats. During the 2000 NFL Draft, then offensive coordinator Matt Cavanaugh, an accomplished collegiate quarterback and one who played in the league, mostly as a backup, for 13 seasons, had his eyes set upon a quarterback in the draft that he preferred over Redman. However, his argument for Cavanaugh’s QB of choice didn’t gain the support from the draft war room members that he hoped for. The consensus pick became Redman. The player Cavanaugh failed to lobby effectively for? Tom Brady.

When Tom Brady was a member of the New England Patriots, his demeanor was that of a cold, calculated and diabolical assassin willing to use anything at his disposal, including some illegal things, to gain a competitive advantage. He lacked the public personality of Peyton Manning. His was more like that of a laboratory clinician. It was the Patriots way.

After swapping the patriotic colors for pewter and orange in Tampa, Brady seems much more personable. His public tipsiness demonstrated by tossing the Lombardi Trophy from one boat to another after his most recent Super Bowl Title and his escorted stagger from the boat to an onshore place of comfort, showed a side of Brady most hadn’t previously seen. Now, on HBO Sports, he shows a more profane side, dropping F bombs like red zone tosses to Rob Gronkowski. Viewer discretion is advised:

“Looking back, I’m thinking ‘There’s no fuc-ing way I would’ve gone to that team. They said they didn’t want me! I know what that means! I know what that feels like! And I’m going to f— you up because of that.”pic.twitter.com/DZ32TnRdI5

“Looking back, I’m thinking ‘There’s no fuc-ing way I would’ve gone to that team. They said they didn’t want me! I know what that means! I know what that feels like! And I’m going to f— you up because of that.”pic.twitter.com/DZ32TnRdI5

Unleashed by the Patriots, Brady seems far more liberated, free-spirited. And so far he’s up on Bill Belichick, 1-0. It will be interesting to see how both franchises respond in 2021.

And that battle in Foxborough between the clubs on October 3, 2021 should be quite a show.