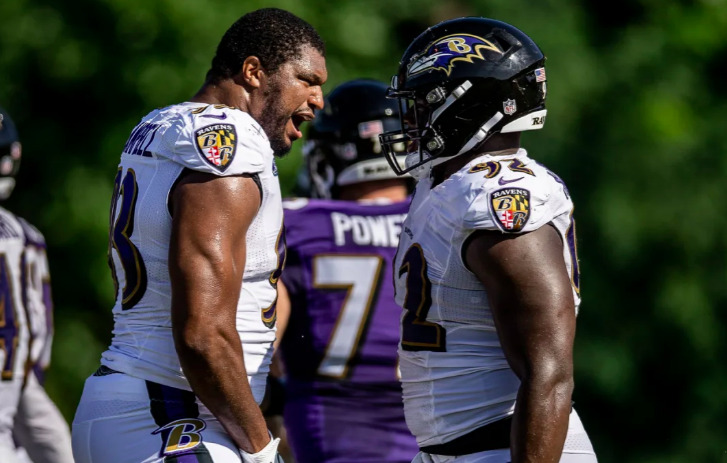 The Ravens are bracing for 17 regular-season games and know they might have to stack an extra win or two to make the playoffs.

The added game will also put a bit more pressure on the players to stay healthy.

“I’m sure it’s going to have a lot of unintended consequences … usually, you say to yourself you have to win 10 games,” Ravens defensive end Calais Campbell said. “Ten games is kind of the floor to get into a position to get to the playoffs. I guess this year, you have to say at least – minimum – 11 [games]. And even then, there are years when [teams] won 10 games and didn’t get in, but that was kind of like the number you wanted to get to.

“So, the pace you go at during the season and just how every game matters, I feel like there are going to be a lot of changes when it comes to having that extra game there. Every game is important, always, but hopefully, it gives us the opportunity – if we needed – to be able to win that extra ballgame to get in, if we need to, if it’s a deciding factor.”

The Ravens already have an unbalanced schedule and are on the road for five of seven games late in the season.

“I tried not to think about it after looking at it, because it gave me a headache to try to figure it all out. It was quirky, to say the least,” coach John Harbaugh said. “I guess we had … Two years ago, we had an every-other kind of a deal. So, it’s probably our turn to get the crazy one, and we did. There are a lot of crazy turns in there. I’m sure some teams are happy with their circumstance; you mentioned the Browns. I’m sure other things are in our favor, so that’s just kind of the way it works. All those home games in a row are different. All those road games in a row are different. So, we’ll just have to take it as we get there.”

The Ravens are favored in 15 of 17 regular-season games during the 2021 seasons, according to VSiN, a sports betting network.

The exceptions are the Chiefs (pick) in Week 2 and the Browns (+2.5) in Week 14 when they are coming off that bye.

The Ravens also have the league’s second-toughest schedule behind Pittsburgh. Baltimore’s opponents had a .563 winning percentage last season, compared to .574 for the Steelers.

Baltimore plays on the road three times in the opening four weeks. The last time the Ravens faced such a tough stretch was a 5-11 season in 2015 — coach John Harbaugh’s only losing season.

“At the end of the day, the biggest thing is just getting to the ‘dance.’ Obviously, we would love to win the division and guarantee our spot there,” Campbell said. “But just having 17 games, with the physicality of the way we play, it’s going to be a grind, and we’re going to have to have a lot of mental toughness. But I’m very confident in the guys we’ve got in this building. We’re very deep in a lot of places. I think we’ll be fine.”