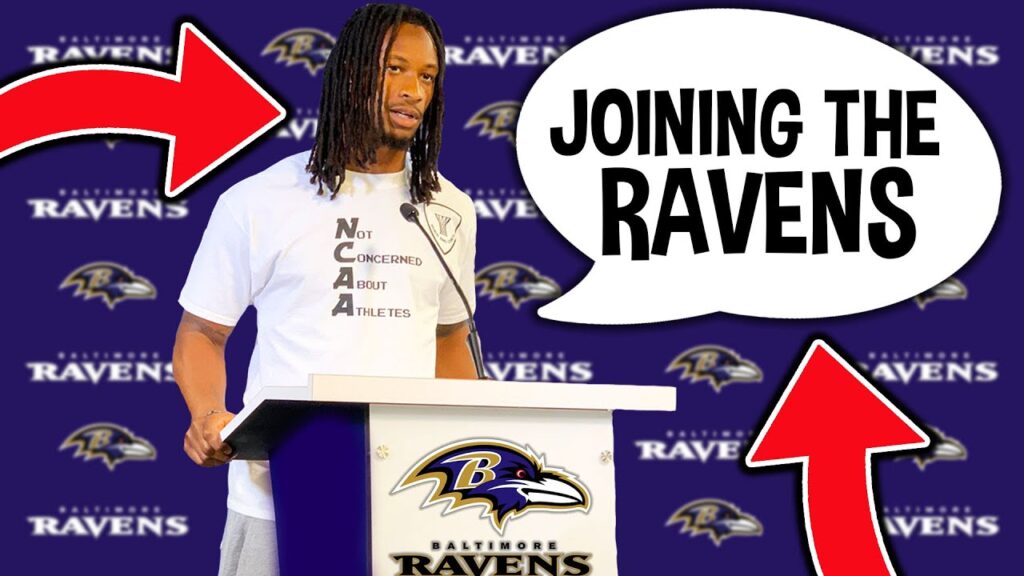 Back on June 10 it was reported that veteran running back and Baltimore native Todd Gurley visited the Ravens’ headquarters in Owings Mills, Maryland. Gurley has also drawn interest from the Detroit Lions but so far, nothing has materialized for the former Ram and Falcon who has 6,082 yards to his credit over the course of his six-year career.

Recently NFLUpdate, a self-described “Falcons Insider and Contributor to CBS Sports Affiliate” reported on June 26 via Twitter that the 26-year-old Gurley is expected to sign with the Ravens. Grain of salt anyone?

The responses to the report ranged from a yawn to “unnecessary” to “what’s wrong with Justice Hill?” I understand the gamut of emotions.

#Falcons RB Todd Gurley is expected to sign with the #Ravens in the upcoming week. #RavensFlock #NFLUpdate pic.twitter.com/7ZJ2UeUonX

But for the right price, hovering the veteran minimum with little in the way of guarantees, might Gurley be an addition of value? The Ravens are a run-heavy offense and depth at the position is critical, particularly now that the league has added a 17th game. Teams want to be physical with downhill runners in December and January and that requires backs to be relatively fresh. What if Gurley can be a guy who can absorb some of those carries during games that are decided and the Ravens are simply looking to grind out the clock?

A couple of seasons ago Mark Ingram suffered a calf injury late in the season and that affected the way the Ravens approached the Divisional Game against the Titans. They didn’t lean on Justice Hill. Maybe the inexperience worried them. Maybe Hill’s style didn’t fit offensive coordinator Greg Roman’s plan of attack.

[Related Article: The GOAT Was Nearly a Raven]

Gurley is a north and south runner. His days as a bell cow may be over. But as a 26 year old player, doesn’t he have enough left in the tank to handle 6-8 carries per game. Might he not be a solid change-of-pace red zone running back? After all Gurley does have 67 regular season touchdowns and 243 catches to his credit during his six seasons.

I have little doubt that Gurley can be an asset for Roman. And if his deal is for the veteran minimum of $1.075M, that’s just $415K more than the bare bones league minimum of $660K which will go to the 53rd player on the roster. But the question for me isn’t whether Gurley can make the Ravens offensive backfield better. It’s more about the team’s willingness to give that roster spot to a 4th RB instead of an extra receiver, offensive linemen, corner or even a third quarterback.

But if Gurley is willing to sign for the minimum and there are little to no guarantees, why not take a chance on him? The Ravens must have interest in Gurley on some level. Otherwise why bring him in?

Sign him. Bring him to camp. Because, let’s face it, given his age and resume, he’d certainly be taking a chance on the Ravens at minimum wage.

Assuming of course Gurley is willing to accept that.