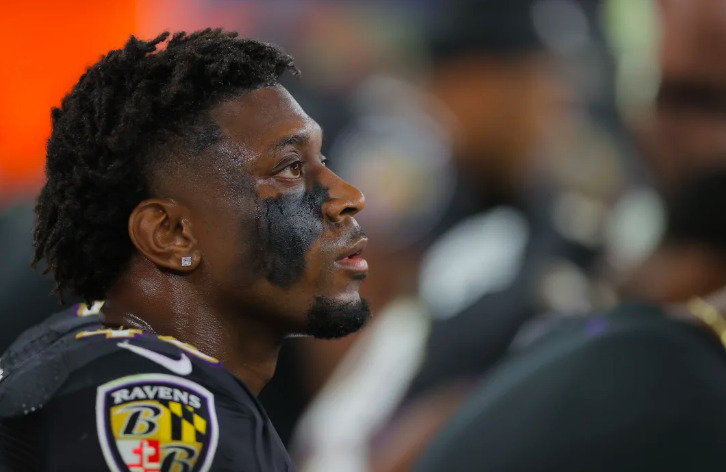 In a year perhaps best defined by its general uncertainty, Ravens then-rookie linebacker Patrick Queen personified that description as well as anybody.

From game to game, quarter to quarter, snap to snap, Queen alternated between stealing the breath of onlookers with his physical gifts and aggression, and confounding observers with phases of uncertainty and a general look of confusion in his pass-defense responsibilities. So, with one full season now under his belt as he is in the midst of his first “traditional” offseason, how should we look at Queen as a player?

With a good amount of optimism, in my opinion.

Tools-wise, Queen was every bit as advertised when he came to Baltimore out of LSU. His athleticism was obvious, as he showed both speed and quickness for the national champion Tigers, and The Draft Network’s Kyle Crabbs described Queen the prospect as having excellent sideline to sideline range, adding that “he’s an effortless mover who flips his hips open without worry and can run down plays from the weak side if he’s left unaccounted.” Crabbs also praised his coverage skills, particularly taking note of his anticipation gifts and peripheral vision.

So, yeah, the tools are there. And the Ravens decision-makers saw those same attributes when they made Queen a first-round pick. He manned the Mike position from the first snap of the season, and started all 16 games, along with two playoff performances.

Numbers rarely tell the whole story, but let’s have a peek at them, anyway. In his first NFL season, according to Pro Football Reference, Queen posted 106 total tackles, an interception, two forced fumbles, two passes defended, three sacks, two fumble recoveries and a defensive touchdown. It’s also important to point out that he accumulated nine tackles for loss and 10 quarterback hits.

On the surface, those are tremendous numbers for a rookie linebacker, and pretty darned good for a veteran. They suggest that Queen made splash plays, stopped offenses behind the line of scrimmage and piled up volume numbers with his total tackles. Those of us who watched the Ravens all season long, however, remember that nightmarish performance against the Chiefs, where Patrick Mahomes and Andy Reid seemingly decided long before kickoff to make Queen their mark.

There’s an old axiom in poker that says if you can’t find the sucker at the table, you’re it. Watching that game, and seeing Queen get turned around faster than a cow in a tornado, it appeared that, for that night, Queen was the sucker.

That wasn’t the only instance of Queen struggling on the field, but it did take place in a nationally-televised primetime game that was anticipated by much of the football-watching world, so, well, it stood out, to say the least. There were other games when Queen appeared to be facing the wrong direction when a pass entered his zone or when it looked to the observer that he chose the wrong gap responsibility in run plays. In short, he looked overwhelmed at times.

But, guess what? Playing linebacker in the NFL as a rookie is extremely overwhelming. It’s just one of those positions, like cornerback or tight end. Look at Queen’s former college teammate Devin White, for example. Selected by Tampa Bay a year earlier, White did not live up to the lofty expectations placed on him during his rookie year. Then he exploded last season, serving as a vital cog to the Buccaneers’ Super Bowl season with stellar play across the board, helping Tampa’s defense go from “meh” to “stifling.”

Queen can effectively have that same kind of impact this season. A full offseason should drastically benefit Queen in terms of his responsibilities on defense, and as we all know, when a player gets comfortable with what he’s doing and is required to “think less,” they let their instincts take over.

What Queen did show off last year, even to his harshest critics, is the ability to generate big plays — and not every player in the league has that gift. Let’s not forget that after Queen’s performance against the Bengals in Week 5 of last season he was named AFC Defensive Player of the Week. Not rookie of the week. Not inside linebacker of the week. He was cited as the best defensive player in the entire conference for a week. There’s only 17 of them in a season (well, 18, starting this year).

It’s not wearing the purple glasses to suggest that Queen will be more comfortable in Wink Martindale’s complicated defense this season. In fact, that’s just common sense. With the losses of Matthew Judon and Yannick Ngakoue, I’d expect Queen to rush more, with Tyus Bowser getting more field time to take on some of those coverage responsibilities.

It’s all speculation at this point, but the arrow appears to be pointing up for the man in the middle of the Ravens defense.