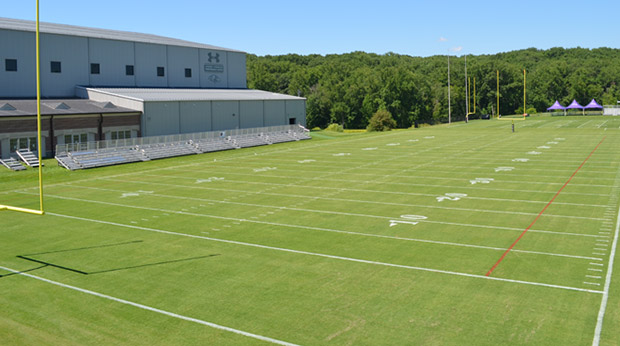 We are now in the midst of the “Dead Zone” – that time of year in the NFL when all goes quiet. This is the sound of silence.

It’s a time when players retreat to quiet, secret places and coaches pull out their summer cloak of anonymity to retreat into the abyss of preparation and planning for the coming season. But hey, at least it is summer and social activities are abundant.

Personally, I prefer to stay close to water and my earbuds. Both are forms of therapy that help to decelerate the heart and transform the dead zone into the comfort zone.

Yet thoughts inevitably drift towards football and the start of training camp which is just three weeks away.

Recently while away, I thought back to the Browns announcement to move to Baltimore back in November of 1995. I was out of town on business travel at the time and didn’t hear the news until I received a voice mail from a buddy of mine who was eager to share his delight. Initially, it seemed too good to be true but my joy was qualified. It wasn’t pure.

Weren’t we doing the same to the fans of Cleveland that the city of Indianapolis did to Baltimoreans?

I took a moment to let it sink in and reflect upon the events that lead to that historical decision by Art Modell.

The city of Baltimore tried to do it the right way. The Maryland Stadium Authority tried to lure a team that had little fan support at the time (Cardinals and Saints). When that failed, the MSA tried to follow the NFL mandated procedures for the league’s expansion process. Two teams would be named and surely Baltimore, with its rich NFL history, would be one of the two teams, right? If Charm City could only stave off St. Louis and convince the league that our proximity to DC and Philly was irrelevant.

Eventually the ballot was submitted.

The first expansion franchise would be: Jerry Richardson and the Carolina Panthers.

The decision seemed to make sense. Now on to more important matters – which city would get the second spot?

Well hurry up and wait!

The league decided to drop back and punt on No. 2 for a bit. They wanted to think about it some more, or so we were told. I was suspicious then and to this day the suspicion lingers.

Finally, “D” day arrived and William Donald Shaffer made an impassioned plea to the NFL to justify the selection of Baltimore. Willie Don could sell abstinence to a sailor that just docked his vessel after months at sea. Of course, Willie could persuade Tagliabue to inspire the owners into voting for Baltimore, right?

We all know the choice was Jacksonville. That’s like choosing Rosie O’Donnell over Kate Upton; a trailer park over Roland Park; Burger King over Ruth’s Chris. Willie Don was told to save his money and build a museum.

Put yourself in the shoes of the Maryland Stadium Authority. Think of a project that you’ve worked on for months and months, even years. You finally have an opportunity to present your work. You do so with pride and determination and conviction. Right on down to the core of your soul, you believe in your well formulated opinion and the summation of your efforts.

And then as you finish your presentation the boss says, “Interesting” and then moves on to the next topic – a proposed cutback in paper clip spending.

A humiliating kick in the crotch to say the least!

We tried to acquire an NFL team the fair way. Sorry Cleveland. No offense, but congrats on your Rock and Roll Hall of Fame and Jacobs Field. We’ll take your football team, thank you very much, and their pathetic candy corn coordinated uniforms.

I quickly grew comfortable with the thievery.

That was 25 NFL seasons ago. We didn’t know who Ray Lewis was. We wanted Lawrence Phillips instead of the boring selection of Jonathan Ogden. We didn’t care that Ted Marchibroda was coming back without Bert Jones. We got our team and the NFL was back where it belonged.

Initially we didn’t mind the losing. We were just happy to have a team. It was the honeymoon and “honey” could do no wrong.

Twenty-five years ago! To give that a little perspective for you old-timers, the NFL Colts called Baltimore home for 31 seasons. 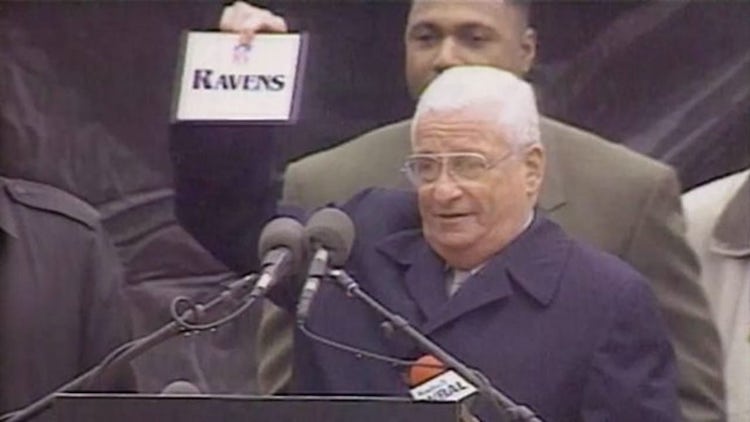 In some ways, it seems like only yesterday that Modell arrived. In other ways, it feels like the Ravens have been part of the landscape of Baltimore for a lifetime. The memories are rich and the friendships that have formed since Modell’s move are bountiful. And there is much more of both ahead.

Dig your toes in the sand with a cold beverage in hand and take in the sights and sounds of summer.

Think back upon the Ravens relatively brief albeit rich history and smile a little while.

Gaze out into the horizon.

Just beyond it, lies another promising season of Ravens football.

The sound of silence will soon pass.