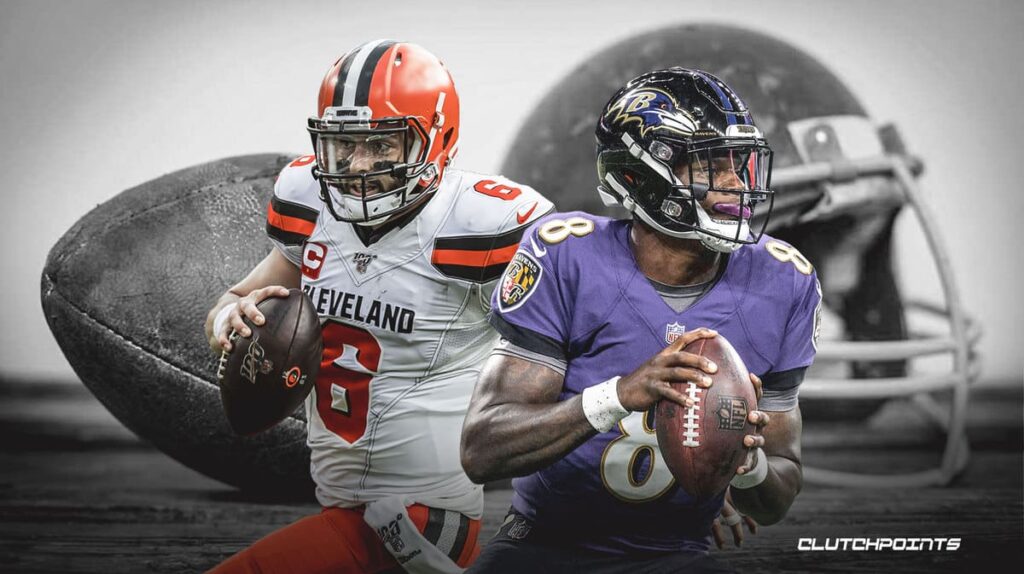 Society currently finds itself nestled in the Great Abyss of modern times — that anticipation-laden gap between organized team activities and training camp.

Players are getting in vacations, soaking up every second of time they can get with their families or hammering away at private workouts before they, well, get hammered by coaches in training camp. The coaches are recharging their batteries, taking stock of their roster and what needs special attention during camp. Eric DeCosta is considering signing Kaare Vedvik so he could figuratively pants another general manager into giving up a valued pick for him in return.

And the only things hotter than the weather this time of year — outside of yours truly, obviously — are the takes. No free-agency rush. No hyperventilating over draft prospects. No sensationalizing or demonizing a minicamp performance. Just hot takes, often seemingly created to get attention or generate clicks.

And no matter how outlandish or uneducated a take might seem, it gets breath. It is given life through the conversations we have on social media and by water coolers. And it just grows with every conversation. No longer is it “X said this about Y.” Now it is a full-blown topic of conversation that often results in blood battles on social media between fans, and what started as an opinion by one person with time on his or her hands has now escalated into a full-blown “Narrative” or “Cause Célébre.”

Author’s Note: I wrote this entire column just to use “Cause Célébre” to make me appear smarter than I am. Sweet move, right?

Regardless, we’ve all seen the talk. Many of us have participated in the debates. And another good chunk of us just stare glassy-eyed at the screen in front of us, unsure if what we are reading is real.

Let’s take a look at some of the discourse, and offer a “Yay” or “Nay” as to its validity.

• A CBS Sports report suggested that nose tackle Brandon Williams is a Raven who could find himself on the chopping block, due to his salary and perceived lack of production in relation to that salary.

This is one that is based more on positional value and economics than what I’d really consider a “hot take” meant to ignite conversation, but I don’t think it’s realistic on the Ravens side to drop Williams. They have invested a good amount of money on this veteran line, and Williams is the lynchpin. His absence over the years has created a significant hole in the team’s run defense, and the fact of the matter, as unpleasant as it might seem to digest, is there are no reasonable options on the current roster to replace his snaps.

I could see the Ravens and Williams moving on next season after his contract expires, but the team is simply not prepared to absorb the big man’s loss right now. Not in a season where they hope to be contenders.

• Stop me if you’ve heard this one before, but it still appears to be making its way around the football world: Lamar Jackson is a running back. Let’s also include: His style is not sustainable. The league has caught up to him. He gave a swirlie to Santa Claus last year.

I can’t verify if he did or did not swirlie Jolly Old St. Nick, but as far as the other stuff… I’m not buying.

Lamar Jackson is a quarterback. Is he a traditional drop-back passer? No, he’s a football player who can run, think and throw his team to victory. But he takes possession of the ball on every snap, he is the one dropping back on third down and he is expected by his coaches to, ahem, quarterback the offense.

He is not conventional in the, say, Joe Flacco mode, but his job is to navigate the Ravens offense to touchdowns. The Ravens are the highest scoring team in the league over the past two years, and that has largely been due to the man at quarterback. Lamar. Jackson.

• The Ravens absolutely cannot win three or four games against playoff competition to secure a Super Bowl unless they see significant improvement in their passing offense.

Teams may not be willing to alter their entire defensive scheme and defensive personnel in the middle of the season to face an exotic foe, but they sure will in the playoffs. And, thus far, the Ravens passing offense has not answered the call in the playoffs when they have been forced off plan.

The team frankly needed to upgrade its offensive line. I feel it has.

The team frankly needed to upgrade its receiving unit. I feel it has.

The team frankly needed to upgrade its passing-game coaches. I feel it has.

It’s now on the offensive coordinator and quarterback to make this thing work, or it’s going to be the latest chapter of recent playoff disappointments.

• The Cleveland Browns are the team to beat in the AFC North this year.

On paper, and with the advantage of watching how the Browns steadily improved throughout last season, why not expect the Browns to be the July front-runners for the division?

This one will determine itself as the schedule plays itself out. To win the AFC North, the Ravens will have to have a better 2021 season than the Browns. It is quite literally that simple.

It should be a fun ride to see what happens.