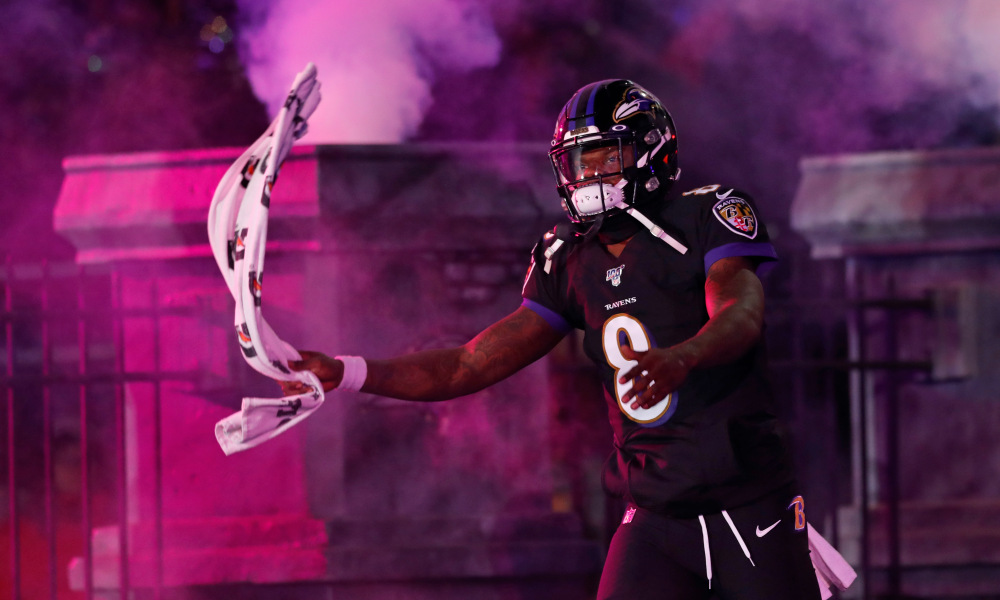 If the Ravens quarterback has any anxiety about his contract situation, he certainly is not showing it.

The Ravens picked up his fifth-year option so Jackson is under contract until 2023, so there is plenty of time to get a deal done.

Jackson has stated his preference is to remain in Baltimore.

So, the two sides are emotionally invested in getting a deal done.

“I would love to be here forever,” Jackson said. “I love Baltimore. I love the whole organization. I love everybody in the building. But hopefully, we’ll be making something happen pretty soon or whenever.”

Complicating the issue, Jackson does not have a formal agent, instead of relying on a team of advisors that includes his mother.

However, the market is pretty much set for Jackson.

Patrick Mahomes jolted the market for quarterbacks with a 10-year extension worth up to $503 million with the Chiefs. The deal is the most lucrative in North American sports history, surpassing the previous mark set by Los Angeles Angels outfielder Mike Trout, who signed a 12-year, $426.5 million deal in 2019.

Texans quarterback Deshaun Watson inked a four-year, $156 million extension in September and that would be a better model for a potential new deal for Jackson.

Quarterback Dak Prescott reached a four-year, $160 million contract with the Dallas Cowboys. He gets $126 million in guaranteed money and he will earn $75 million dollars next season, the most of any player in a single season in NFL history.

Jackson’s starting point for a new deal will likely start at $40 million per season.

The only question is whether Jackson will become the highest-paid quarterback in the NFL. If he wins a Super Bowl in the next two years, that certainly could be the case.

Jackson’s potential deal will affect the way the Ravens conduct business moving forward, according to general manager Eric DeCosta. Jackson’s contract could impact the way Ravens are able to sign potential free agents. As a result, the draft will become even more critical to the team’s success.

That’s also a risk the Ravens are willing to take.

“We try to be aggressive as well. We’ve tried to be proactive, as I think you’ve seen in the last few years with contracts with veteran players [and] with guys that we’ve drafted and developed,” DeCosta said.

“We’ve tried to keep as many of those guys as possible. We understand that if we do sign a long-term deal with Lamar Jackson, that’s going to change the way we’ve operated the last couple of years. We certainly understand that, and we look at that as a great problem to have. We aspire to [have] that type of problem. We want to have the franchise quarterback.”