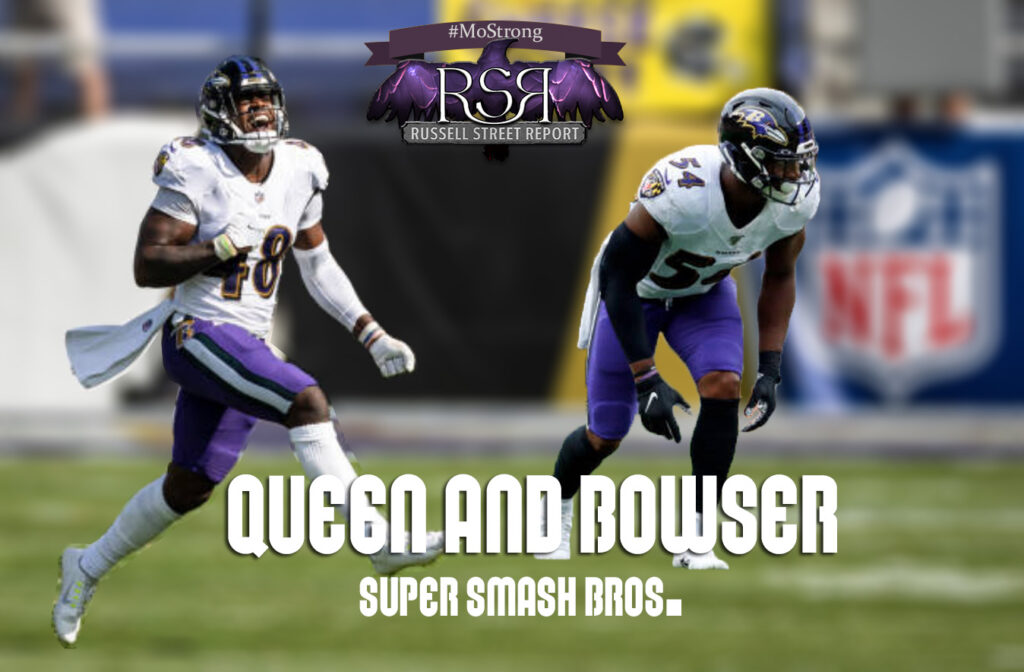 In Part 1 of “Ravens Ready to Step Up” I touched down on three offensive players whose careers should ascend in 2021. Today, the focus will be on three players near and dear to the heart of defensive coordinator Wink Martindale.

From the day the Ravens made Patrick Queen the 28th overall pick in the 2020 NFL Draft, Martindale salivated over the possibilities of his newest defender. Queen is an explosive player with rare speed at the position and despite his youth, possesses keen skills in coverage. As an instinctive blitzer he has the ability to wreck plays and create havoc.

By his own admission Patrick Queen was not in good shape in 2020. With a year under his belt and proper offseason conditioning expect more impact plays from the #Ravens 21 year old linebacker. pic.twitter.com/COMOu5vJcS

However, during his rookie season Queen only flashed. Consistency wasn’t an adjective applied to the former LSU Tiger. He was often caught in the wash and struggled to disengage from blockers. In space, he oftentimes looked lost and depended on his athleticism to cover up his inadequate recognition skills. Such failures created doubt in his mind. His playbook miscues forced him to think too much and in doing so, neutralized his uncommon physical gifts.

But with a year under his belt, familiarity with Martindale’s schematics, the addition of inside linebackers coach Rob Ryan and an opportunity to prepare his body for the grind of an NFL season, more impact plays like the one above from the Ravens Wild Card win in Nashville, are expected.

“It’s way different, because coming out of college, you’ve got spring, so you always get to practice and stuff. And then coming into last year, I didn’t get ‘spring time,’ couldn’t train really anywhere, so I came into the season out of shape. This year, this is a whole lot better. I get to train now; I get to see my teammates early and get the communication down and stuff. It’s only up from here, so it’s a big key to be here right now.”

During training camp in 2020, veterans Calais Campbell, Brandon Williams and Derek Wolfe took notice of Madubuike. The willingness to learn was just as evident as his natural skills. And like Queen, the Dallas native can unleash his talents and build upon his takeaways from last season.

The former Texas A&M Aggie has an explosive first step, powerful hands and an ability to slip through small crevices provided by opposing offensive fronts. The result – he’s a natural disrupter. In 2020 Madubuike fought through an early season soft tissue injury to his leg, setting him back to start the campaign. He didn’t see any game action until Week 5 but as his leg healed and as he made a bigger impact, Justin’s snap count increased. Here’s a deep dive from RSR’s James Ogden who provides a ton of visual evidence as to why Ravens fans should get excited about another member of the 2020 draft class.

To aid the #Ravens pass rush, an interior push is critical to Wink Martindale’s defense. Justin Madubuike just might be the 2021 solution. pic.twitter.com/8ZOQLnVkZr

There’s no denying Bowser’s physical gifts. He possesses superior athleticism. He’s a quick twitched athlete whose skillset plays well in Martindale’s defense. He’s already proven to be an asset in coverage with purposeful drops into his zone after bluffing an edge rush and he has good body lean coming off the edge. He just seems to have struggled impact games on Sundays in a way that belies his talents.

#Ravens LB Tyus Bowser is a terrific athlete. In 2021 he’ll get an opportunity to showcase his skillset in an unprecedented way. pic.twitter.com/NEJ7hO7EKD

Part of the problem may have been his assignments which prevented him from ringing the sack bell. When Yannick Ngakoue came on the scene last season it limited Tyus’ pass rushing opportunities. In 2019 he had 5 sacks during 399 snaps (1.3% sack rate/snap). Comparatively speaking, Matt Judon had 9 ½ sacks in 2019 on 807 snaps (1.2% sack rate/snap) Now 26, I look for Bowser to ascend as a quarterback nemesis in a manner similar to former Ravens Paul Kruger and Za’Darius Smith when they were 26 and posted sack totals of 9 and 8 ½ respectively.