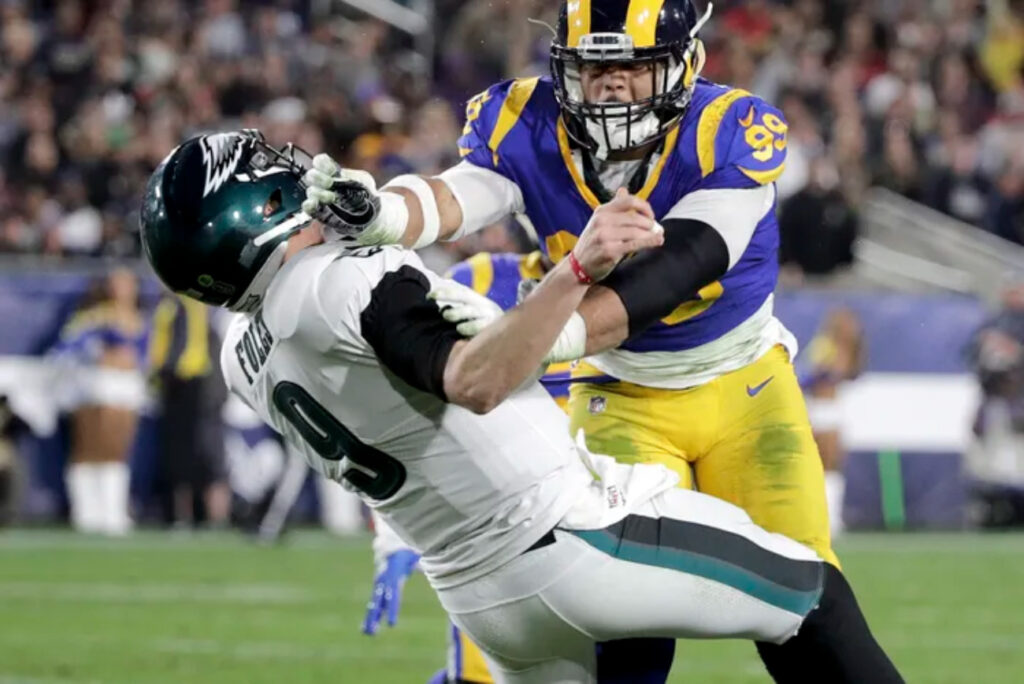 The regular NFL season is due to start on September 9 with the current holders of the Lombardi Trophy, Tampa Bay taking on Dallas in the NFL Kickoff Game.

Ahead of that opener there are plenty of questions:

• Is DraftKings sportsbook right in putting the Kansas City Chiefs and the Tampa Bay Buccaneers as the two standout teams to win the Super Bowl?
• Will Tim Brady finally take his foot of the gas and play like a guy in his forties?
• Can Nick Sirianni turn the Eagles into a winning team?
• Finally, who are the individual players to keep an eye on during the new season?
In this article we’ll answer that final question by giving you a list of 5 of the most exciting players in the NFL and maybe answer some of those other questions along the way…

The 27-year-old Floridian has racked up 5,860 rushing yards, 55 rushing touchdowns, 76 receptions, 692 receiving yards and 3 receiving touchdowns over the course of an NFL career that started out in 2016 when he joined the Tennessee Titans.

What makes Henry’s statistics all the more impressive is the fact that his first 2 seasons in Tennessee were nothing to write home about. It wasn’t until 2019 when Henry really started to make a name for himself in the NFL, leading the Titans to a shock AFC Championship Game.

In the 2020 season Henry excelled even further, leading the NFL in carries (378), rushing yards (2,027) and rushing touchdowns (17). Whilst Henry might not be the most high-profile player in the NFL, he is most certainly one of the most exciting to watch and without doubt, the best running back in the country.

(Highlights from a season to remember for Derrick Henry.)

Davante Adams played college football at Fresno State before he was selected by the Packers in the second round of the Draft in 2014. Within just a couple of months of that move, Adams was being labelled as a bust by rival fans and even some of Lambeau Field’s regular goers.

Where other players would have shrunk under the scrutiny and intense levels of criticism, Adams excelled. He went back to the drawing board, worked on his game and made the physical improvements he needed to adapt to the NFL.

His real breakthrough for the Packers came in Aaron Rodgers’ first MVP season where he racked up an astonishing 115 receptions, 1,374 yards and a phenomenal 18 touchdown catches.

(You are now watching the best Wide Receiver in the NFL.)

At the age of 31, Travis Kelce is moving into the twilight of his career, but the Ohio born player still has a lot to give to Kansas City. Since joining the Missouri based franchise, Kelce has become a five-time Pro Bowler and helped to transform Patrick Mahomes into one of the NFL’s best quarterbacks.

Mahomes and Kelce are the best pass-catch combination around and with Kelce’s instinctive running, Mahomes never has to worry where to aim his passes. The near telepathy between these two has been a major factor in the Chiefs consistent appearances in Championship Games.

Individually, Kelce has set some impressive records too racking up 5, 1000 yard plus receiving seasons, 2, 100 reception seasons and the record for the most receiving yards in a season by a tight end (1,416).

(Patrick Mahomes may take the plaudits when it comes to Kansas City, but he would be half the player without the support of Travis Kelce.)

World Cup and Champions League winning soccer player N’Golo Kante was overlooked by some of France’s biggest teams as a youth player because of his height. According to the experts, he was too small (5 foot 6) to compete at the highest level.

Over the past 9 years he has dedicated himself to proving all of those doubters wrong as he has developed into the best defensive midfielder in world football. Aaron Donald of the Los Angeles Rams has a similar story after being passed up by plenty of teams in the 2014 Draft for being too small.

Standing at 6 foot 1, Donald is a giant in comparison to N’Golo Kante, but a minnow when it comes to NFL Defensive Tackles. The 30-year-old has made those teams rue the day that they passed him up as he has unequivocally become the best defensive player in the NFL.

Tom Brady is the best player in NFL history, which is not up for debate. What is up for debate though is how long he can carry on performing at the very highest level.

When he moved to Tampa that was supposed to be the slow, winding down of a long and storied career. Nobody told the 43-year-old quarterback that though as he put in a number of stunning performances to fire Tampa to an unexpected Super Bowl victory.

Regardless of what happens next season, Tom Brady will be the most exciting player in the NFL to watch; whether that means sitting back in awe as he dominates once again or sadly lamenting the winding down of his tremendous career.