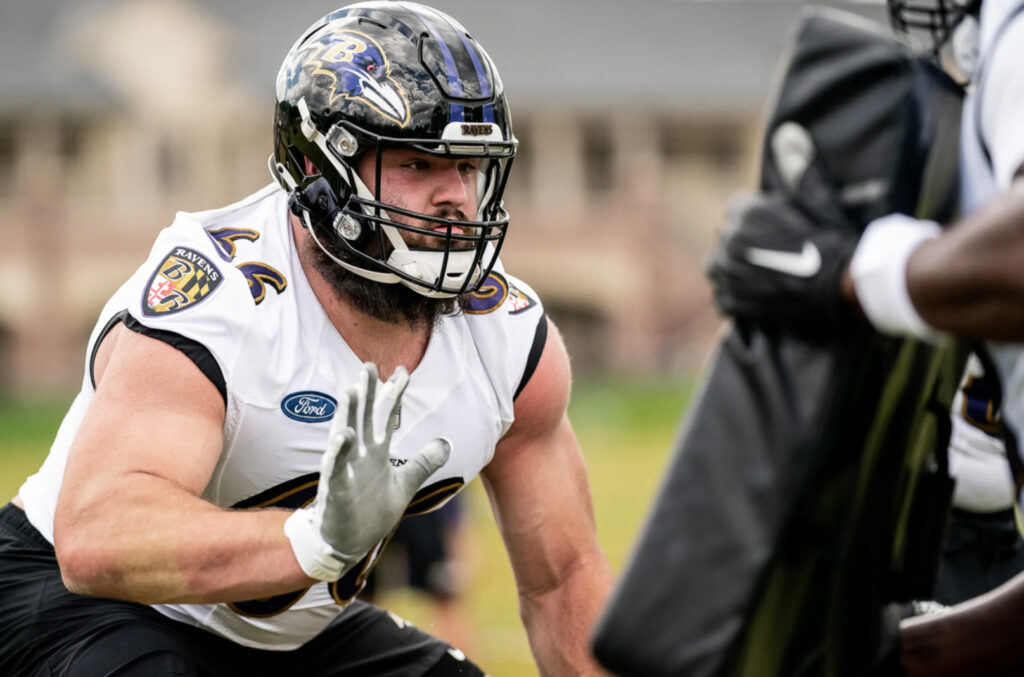 The Ravens overhauled their offensive line to better protect Lamar Jackson in the passing game.

As a result, the team could boast one of the biggest and more physical lines in the NFL next season.

The starting lineup could be:

Both Zeitler and Villanueva were signed as free agents and are expected to make an immediate impact. The team selected Cleveland in the third round of this year’s NFL draft. Bozeman will make the natural transition from left guard to center, a position he played at Alabama. Stanley is expected to recover from his season-ending ankle injury.

Despite the obvious improvements, Seth Walder, of ESPN, predicts the Ravens will still have some struggles in pass protection and ranked them 14th in his projection of the NFL’s best and worst pass-projecting offensive lines. The Cleveland Browns are ranked No. 1 but had the league’s 24th-best passing attack last season.

“It’s shocking to see Baltimore so low on this list,” Walder wrote. “And make no mistake, this has nothing to do with Stanley, who not only finished fourth in [pass block win rate] in 2019 but was leading the category through Week 8 when he was injured last season. It’s the three newcomers who drag down this unit. Particularly Villanueva, who looks like a significant downgrade from Orlando Brown Jr. in pass protection (though Villanueva did have a slightly higher run block win rate than Brown last season).”

[Related Article: The Culprit in the Ravens Passing Game]

“But pass protection is going to be a factor. I think that having an OTA this year if we can, more practice time would be a big thing. We’ve got some young receivers that would benefit from more practice time, and OTAs, and an offseason. We’ll look at the personnel as well. There are a lot of different ways that we can do that.”

The team already has the league’s top-ranked running attack. Now, the goal is to have the passing game play at an equally effective level. And that means, protect Lamar.

The Ravens players are confident that the offensive line will be better this season.