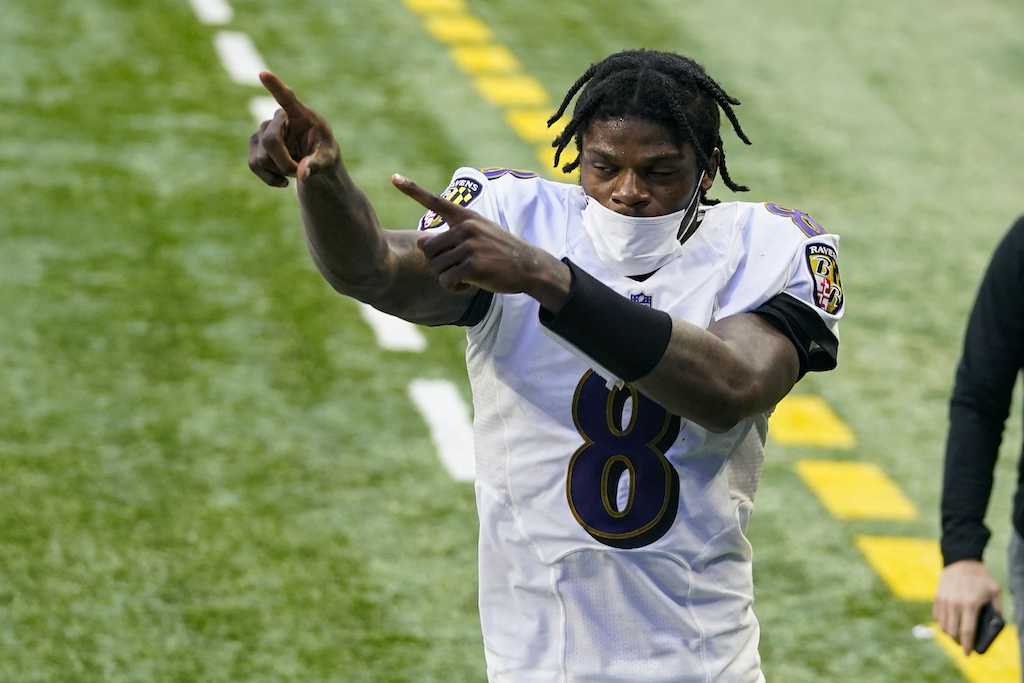 Make no mistake about it. Lamar Jackson landing on the Ravens COVID list is a big blow to the development of the Ravens passing game. It is during these precious days on the practice field of training camp that quarterbacks and receivers plant the seeds of a developing rapport. This offseason the Ravens added two rookie receivers in the forms of Rashod Bateman and Tylan Wallace and they signed free agent wide receiver Sammy Watkins.

A potential 10 days of inactivity for the Ravens signal caller is hardly ideal.

Lamar has been vocal about the COVID vaccine being a personal choice, and he’s right. But one would think that a team leader, a player whose 2020 season was temporarily derailed by COVID and given the stakes involved, that his personal choice would be heavily influenced by what’s best for the organization, his coaches and teammates.

I suppose the silver lining in this mess is that we’ll get an opportunity to see which of the backup quarterbacks is worthy of being No. 2 in the QB Room’s pecking order. But I can’t help to think that if during the 2021 season Lamar’s growth in the passing game is less than expected – that we don’t see him throwing receivers open, hitting them with back shoulder opportunities or if he fails to get the running backs involved in the passing game, we’ll point to these missed days of training camp as the culprit.

I don’t know about you but on occasion I will take a peek at Eagles news and notes to see how Joe Flacco is fitting in with his new team. I’d like to see him do well and quietly I’m rooting for him to snatch the keys to Philly’s offense away from Jalen Hurts. Time will tell. But here’s what I found on Joe and the Eagles while surfing the web, this from Bleeding Green, an SB Nation affiliate:

Joe Flacco almost got picked off by T.J. Edwards on a throw over the middle. Either he didn’t see the linebacker there or he didn’t do a good job of floating the ball over him. One positive (?) I’ll say about Flacco is that he doesn’t look afraid to take an open checkdown when nothing is there for him.

Apparently Ravens fans are among the league’s elite when it comes to throwing a party. Check out his clip for WJZ-TV.

The Gift of Gaba

Yesterday marked the one year anniversary of the passing of Baltimore super fan Mo Gaba. To commemorate the day the Orioles asked Mo’s Mom Sonsy to throw out the first pitch. And of course Trey Mancini, a dear friend of Mo’s, was involved in more ways than one.

As if by some divine intervention, the Orioles scored a come-from-behind win over the Marlins, 8-7. They did so courtesy of four walks in the bottom of the ninth but earlier, Mancini, on cue, delivered some theatrics on Mo’s special day at The Yard.

Trey Mancini: “It was so great to see Sonsy. She just said, ‘Play hard for Mo and hit one for him,’ and she told me where she was sitting, so after I did hit the home run I wanted to wave to her there, and it was a really cool moment. I definitely felt him with me.” https://t.co/YFY7UHE6ot