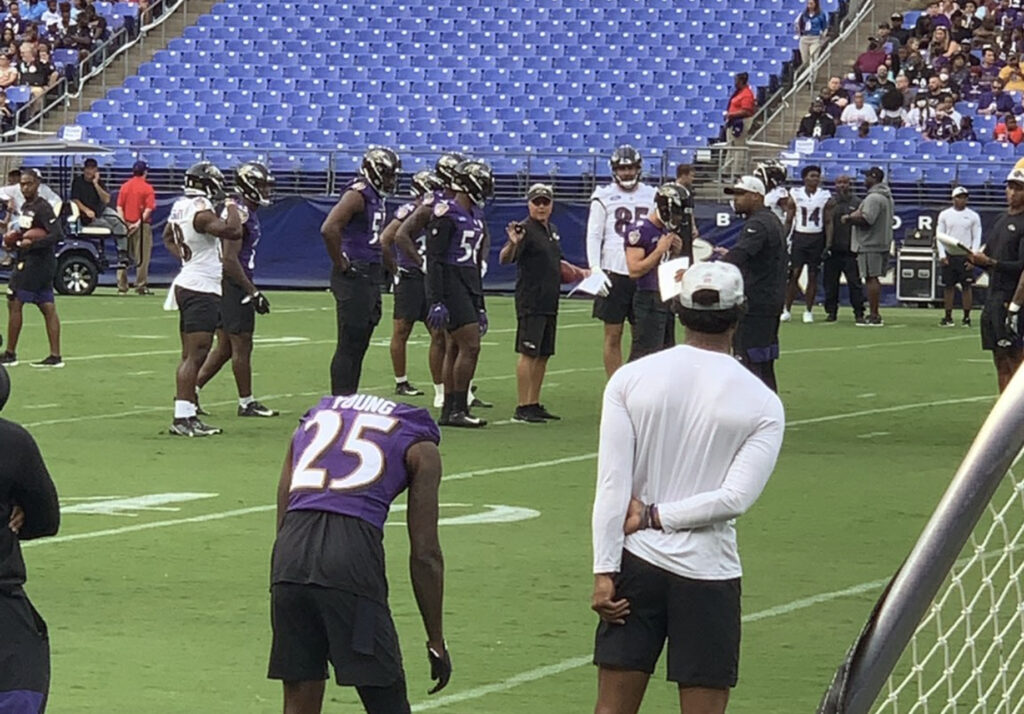 More than 20,000 fans filled M&T Bank Stadium for a practice session that featured plenty of positional drills, a player perceived to be on the bubble performing as a standout, and two first-round rookies doing their part to get that rabid fanbase both engaged for the night, and optimistic for the future.

I know it’s a long sentence, ok? It’s training camp for us, too.

James Proche, widely considered to be locked in battle for the team’s final receiver spot, gave his supporters plenty of ammunition on this night. Proche stood out in 7-on-7, 11-on-11 and situational reps, grabbing passes from both Trace McSorley and Tyler Huntley. It’s not that Proche is particularly flashy, but he shows consistent hands and the ability to present a good target to his throwers.

He has shown himself this offseason to be a reliable target. There is still plenty of time left before the organization has to make decisions, but at this point it would be safe to suggest Proche is making his case.

Though Proche was arguably the top performer for the night, others certainly had their moments. Before we continue, remember there was no contact, so those with the most opportunities to impress in these situations are players involved in the passing game — particularly on offense.