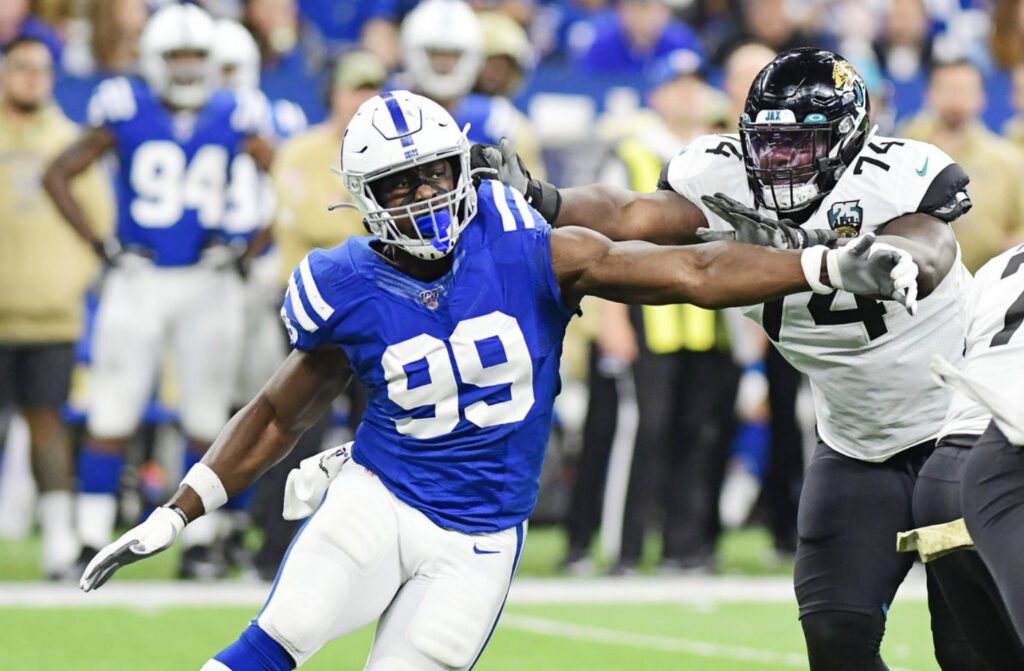 The Ravens signed free agent pass rusher Justin Houston on Saturday morning, agreeing to a one-year deal worth up to $4M, according to Adam Schefter of ESPN.

Former All-Pro edge rusher Justin Houston reached agreement on a one-year deal worth up to $4 million with the Baltimore Ravens, per sources. Houston turned down significantly more money from other teams in order to pursue a championship with the Ravens, per source.

If the Ravens had an on-paper weakness that’s been gnawing at me, it’s their pass rush. We don’t know exactly how much Houston has left in the tank, but we know he’s an established threat off the edge, and that means opponents will pay attention when he’s on the field. If he has another 10-sack season in him, this is a bonanza signing by the Ravens. If he just provides a veteran presence who steers blocking tight ends and chipping backs away from someone else, and is also good in the meeting rooms… well, still a win. This is a good signing.

The long rumored signing of Justin Houston adds much needed pass rush help to the defense, while also giving the young pass rushers someone to learn from.  Pass rush was clearly the most glaring weakness on the team and this move should help solve that.  He has had at least eight sacks for the last four straight years. From 2012 through 2019, the lowest PFF grade he received was 79.8.  In 2020, his grade was 62.8, so he obviously saw a bit of a drop off but he was still a formidable pass rusher. For the incentive laden and minimal guaranteed contract he received, he was well worth the signing. The Ravens were also apparently at the top of his wish list, so his strong desire to be here is icing on the cake.  The idea that we were able to sign him and not lose any of our comp picks is a nice little bonus as well.

This is a move I’ve been expecting for months now. Houston genuinely fits the Ravens’ model of a FA acquisition:

— Proven veteran that’s still got “it”

We all know about Houston’s ability on the field, but that last point is equally as important. Think about Calais Campbell helping with the development of Justin Madubuike whilst Justin Houston can help rookies Odafe Oweh & Daelin Mack in a similar manner…

Baker, Burrow & Ben have no idea what’s about to hit them.

It feels as though Justin Houston’s name is mentioned every day in connection to the Ravens. This made too much sense for both sides and EDC got a great deal with incentives up to $4 million this year.

I’m relieved this finally happened and DeCosta was smart to wait it out to get a fair price. I also thought maybe the Ravens had that much faith in their young guys and were going to roll the dice. Injuries will most certainly happen so I think this was necessary.