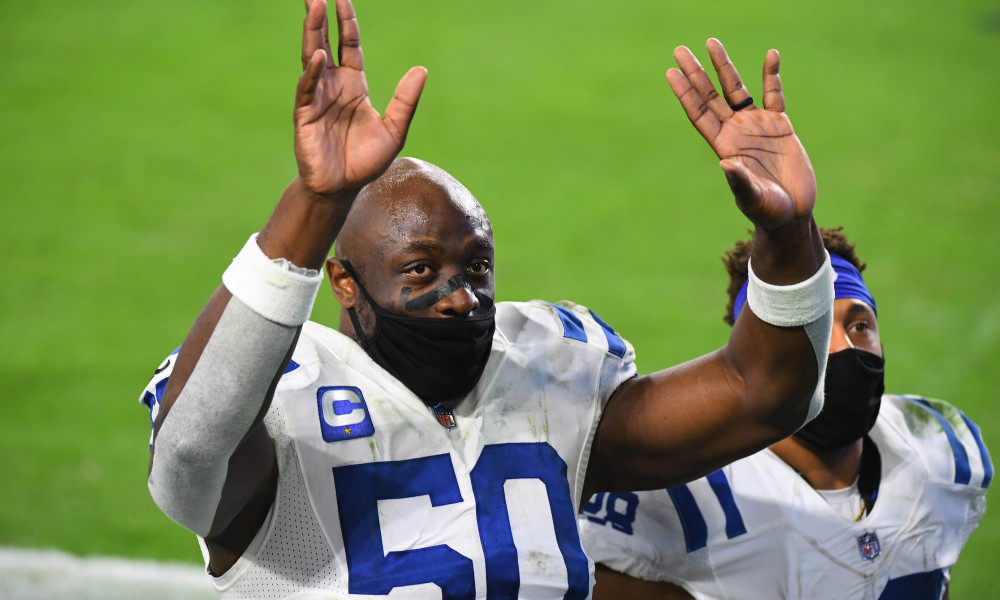 Justin Houston is a Raven

Houston started seven of the eight playoff games in which he appeared from 2013-20. In those eight postseason contests, he recorded 20 tackles (16 solo), 4.5 sacks, three passes defensed and two fumble recoveries.

Houston started all 16 games in 2020, helping the Colts finish with an 11-5 record and clinching a playoff berth. He led a unit that ranked eighth in total defense (332.1 ypg) and second in both rushing yards allowed per game (90.5) and average yards per carry permitted (3.71). On the season, Houston recorded 25 tackles (19 solo), eight sacks, 12 QB hits, two fumble recoveries and one forced fumble.

Discuss the Justin Houston signing with other fans here in the RSR FORUMS.